With the recent release of Fallout 76: Wastelanders, we sat down with Bethesda Game Studios to discuss its development, the original launch, and the road ahead.
Fallout 76 - The Big Interview
Logitech G Pro Wireless Gaming Mouse Review
Review By KostaAndreadis @ 04:02pm 06/06/19 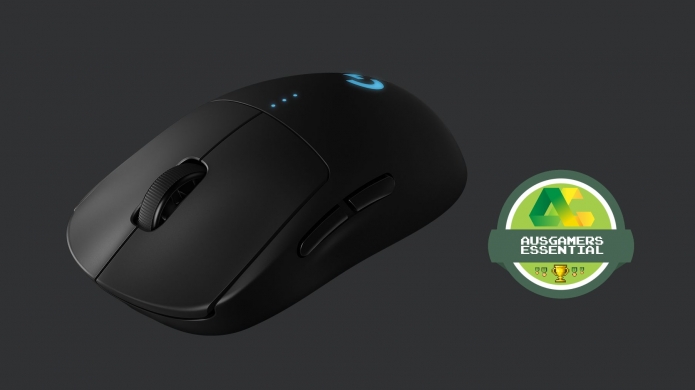 Logitech’s G Pro series, at least visually, presents an almost understated range of peripherals. With the focus on performance, the sizzle or flash as seen in stuff like RGB lighting and overt branding or colour choices is kept well within the range of minimal. In fact, the latter is almost completely absent with all three devices – the Logitech G Pro Mechanical Keyboard, the Logitech G Pro Gaming Headset, and the Logitech G Pro Wireless Mouse. Each offer simple matte black designs with a single ‘G’ logo and subtle lighting. Designed for aspiring competitors and esports professionals the Pro in the naming is a clear nod to what’s under the hood.

In the case of the Logitech G Pro Wireless Mouse this means the company’s new HERO 16k sensor, a long-lasting battery, and wireless connectivity speeds comparable to most advanced wired devices. And all of that in an extremely lightweight package. 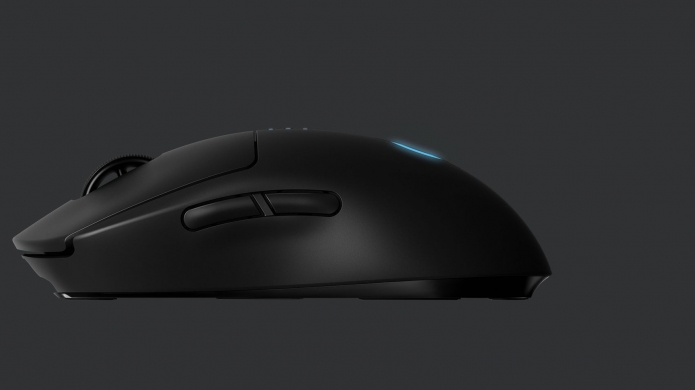 And by lightweight, we mean it. Logitech has created perhaps the lightest wireless gaming mouse we’ve ever used – it clocks in at an almost featherweight 80g. As to why, the design decision is clear when your factor in the behinds the scenes story that led up to the release of the Logitech G Pro range. Alongside its own engineers and designers, Logitech worked closely with several pro gamers to fine tune and adjust each design to meet their needs. To create the perfect Gaming Mouse. Of course, the very idea of such a device is kind of absurd – as when you factor in grip styles, types of games, other uses, customisation, and so forth there are several acceptable preferences. As to how – that comes with the new low-power HERO 16k sensor and battery design that allows for both a small overall weight and long playtime between charges. Like, going a week or two without needing to be plugged in.

"Logitech has created perhaps the lightest wireless gaming mouse we’ve ever used – it clocks in at an almost featherweight 80g."


In keeping with the minimal design we’ve seen across the G Pro range, the Pro Wireless Mouse offers up a simple and clean ambidextrous design, low overall height, and lightweight feel that is both comfortable and perfect for competitive gaming. In fact, we’d wager that the G Pro is a highly sought-after device for Counter-Strike: Global Offensive, Rainbow Six Siege, Overwatch, League of Legends and StarCraft players. Even though the look itself is simple, Logitech still managed to include two side-buttons on the left and right sides giving players the option to choose anywhere from zero to four programmable buttons. Perhaps the strangest design choice comes with the placement of the DPI switcher, which toggles between the customisable range covering anywhere between 100 – 16,000. This button is located underneath the mouse. No so much on-the-fly DPI switching as it is, you’ll-need-to-make-the-Pro-Wireless-Mouse-fly in order to change the DPI setting.

The three lights on the top that let you know which profile is selected is a nice touch. 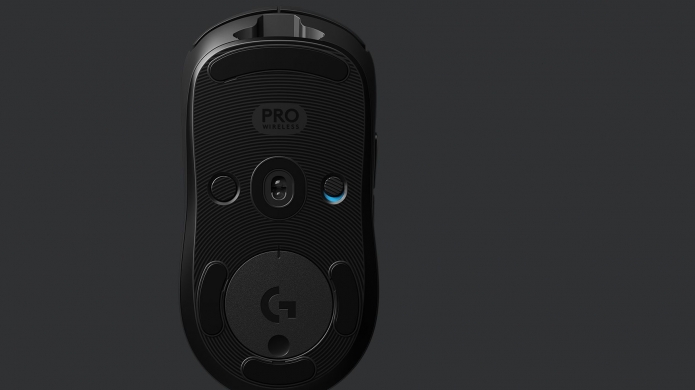 
Where the Logitech G Pro Wireless Mouse surprised most in our testing was with just how much of a difference the 80g weight made when using it for an hour or two at a time. Normally we associate lightweight mice with wired options, but even there the cable factors into the movement speed and feel. This gives the Pro Wireless Mouse an edge, which in addition to the HERO sensor offers up one of the most reliably precise and comfortable peripherals we’ve seen. Logitech even went so far to ensure that there’s no acceleration or smoothing, leading to a precise response no matter the setting. Not that we’d ever consider playing at 16,000 DPI. That said there are a few design quirks. The placement of the DPI switcher and the fact that the charge cable doesn’t double as a wireless extender – something we’ve seen in other premium offerings from Logitech.

In the end it’s hard to fault the Logitech G Pro Wireless Mouse, its design is simple, comfortable, clean and tuned for competitive and multiplayer gaming. Alongside Logitech’s great customisation software and reputation in this space – this comes highly recommended.
Latest Comments
No comments currently exist. Be the first to comment!
Commenting has been locked for this item.
Follow Us
Latest Reviews
More...
News Feed
Advertisement
Latest Threads
Log In
Create Account | Lost your password?