With the recent release of Fallout 76: Wastelanders, we sat down with Bethesda Game Studios to discuss its development, the original launch, and the road ahead.
Fallout 76 - The Big Interview
Logitech G Pro Gaming Headset Review
Review By KostaAndreadis @ 03:29pm 27/02/19 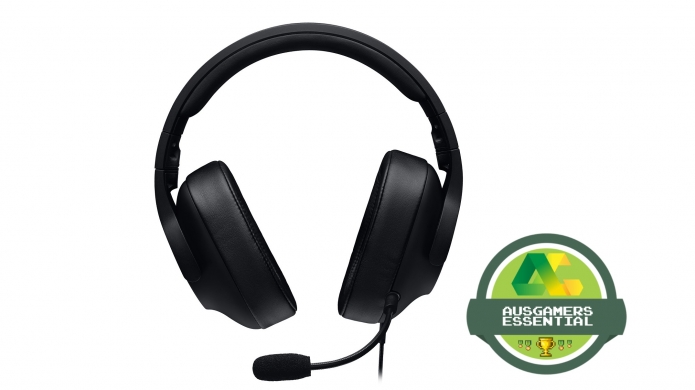 When it comes to sound or audio, clarity can often be mistaken for punch. That sort of crisp, detailed sound that represents the more low-end effects and details we hear - like the slamming of a door, a shotgun blast, a bass kick drum, an explosion. Clarity goes beyond a typically punchy sound to provide additional detail and nuance – footsteps and distant sounds that might otherwise get obscured or distorted among a sea of audio cues. The Logitech G Pro headset fits this description to a t, offering clarity and detail in its default stereo output. The sound is punchy too. But it’s also a strange one, in that it’s purely an analog creation. Created with the single aim of delivering a true professional sound - an esports headset. Without the need or want for software frills or deep customisation.

As per the introduction, the two words that best describe the Logitech G Pro sound would be clear and punchy. Bass response that is impressive but not overdone or too intrusive, paving the way for a sound that leans heavily towards balanced whilst being calibrated to fully convey with detail the sounds and effects one typically might hear in competitive titles like DOTA 2, League of Legends, Rainbow Six Siege, Overwatch, and Apex Legends.

In terms of the underlying hardware, the G Pro makes use of new patent-pending Hybrid mesh PRO-G audio drivers. Which Logitech claims were created in collaboration with a few professionals to ensure clean distortion-free sound that works alongside the near professional grade microphone. Which, by the way, complements the audio response with near broadcast-grade vocal quality. As proprietary hardware though we can only go by how the product stacks up in a live environment compared to other Logitech headsets. And on that front, even after a few minutes it’s clear that the G Pro’s sound more than lives up to its bold claims.

It also begins to paint a picture as to why surround sound is not implemented at the hardware level, or even provided alongside calibration software. Something we’ve seen a few times over the years from Logitech. As to why, well there’s a specific balance to the G Pro sound that no doubt makes its overall clarity something of a selling point. Offering up a range of modes or equalization presets would diminish this singular goal. Where even though the frequency responses and audio capabilities look identical to just about every headset in its price-range, the analogue design feels decidedly minimal. And refined.

A sentiment that applies to the Logitech G Pro’s overall look – which is comparable to the headsets we’ve seen in the past from Logitech but presented in a sleek brushed black finish without any sort of RBG lighting or flourishes. The Logitech logo is presented in soft white with the only other visible branding being the word ‘Pro’ written in a small typeface. It’s a design that’s easy to admire, opting for form over standing out. Perfect for competitive gaming.

Comfort-wise it’s a similar story, with interchangeable cups across two variants – the default leatherette and a spare soft micro-suede. The G Pro features an over-ear design that can be worn for extended periods and when coupled with the lightweight 259g build, it’s also a headset that can be taken on the go. For the price-point it would have been nice to find some sort of carry case or even soft bag, which would be in-line with the professional or esports angle, but the additional touches and features make up for this minor oversight. From the detachable microphone and durable braided cables to the inline controls sticking to providing a simple volume slider and mic-mute function. 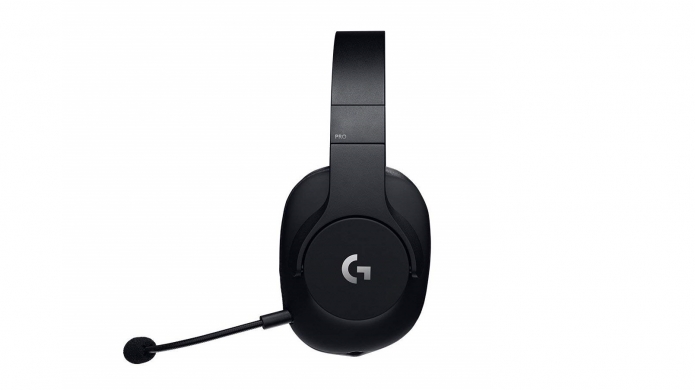 Available for use across PC and console, and any device that has a 3.5mm jack really, the Logitech G Pro’s versatility and robust visual design is notable. The lack of frills or additional software support though means tweaking and adjusting, or even wanting to hear things in surround, requires additional effort. Separate software packages or apps are required, with Logitech noting that the Pro G is fully Dolby Atmos compatible. It’s a strange but also understandable omission for what has essentially been designed as the perfect headset for competitive gaming.

In that respect, even though we were able to get a few different software surround packages sounding quite good, it’s only fair to stick to the default stereo output when talking about the sound. And on that front, even though the G Pro loses out on some of the channel separation and sonic space that comes from well-implemented headphone surround sound, the sound quality is still exceptional. Across both effects and music there’s a crispness that never distorts or feels too pronounced – bass levels are tuned to perfection and the high frequencies snap without ever sounding too harsh. Across titles like Apex Legends, DOOM, Overwatch, and even more cinematic titles like Metro Exodus and Frostpunk – the Logitech G Pro sound is often brilliant.

And as a nice little bonus the headset also doubles as an impressive pair of headphones for music, especially when it comes to the electronic and rock genres – where punch and clarity count for a lot. Even with such a distinct sound, the lack of software support, especially on PC, feels glaring – no doubt some tweaking could make certain games sound even better. That said, for a lightweight, comfortable, stereo gaming headset, the Logitech G Pro is definitely a great choice.
Follow Us
Latest Reviews
More...
News Feed
Advertisement
Latest Threads
Log In
Create Account | Lost your password?