We chat to Hangar 13 about the upcoming remake of 2002 classic Mafia, its beginnings, what’s new, the connection to Mafia II and III and how the team will address the problem of racing.
Mafia: Definitive Edition Interview
Logitech G Pro Mechanical Keyboard Review
Review By KostaAndreadis @ 04:26pm 28/02/19 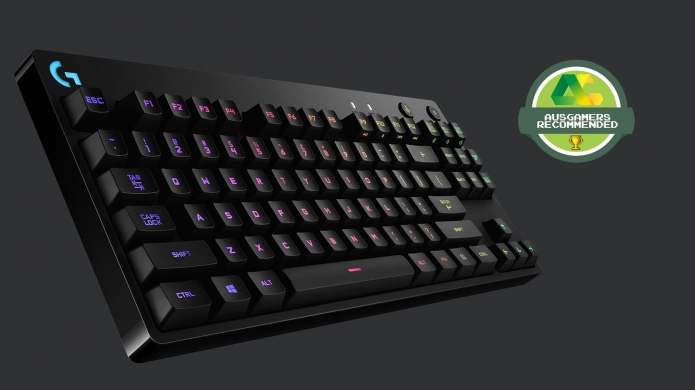 The Tenkeyless keyboard design is one that leaves an immediate and positive first impression, after momentary confusion. Where’s the numeric pad with the numbers – you’ll ponder. So, uh, we can play multiplayer DOS games from the 1980s where both players use the same keyboard? Yeah, it won’t take long to realise that for the most part the numbered keypad that sits on the right side of your keyboard goes mostly unused in modern games. And we say mostly because after using the Logitech G Pro mechanical keyboard for a little while now, the only part we missed was the second ‘Enter’ key. Which, apparently, we used all the time for some reason.

Ahem. The new Logitech G Pro mechanical keyboard doesn’t subtract build quality or performance alongside the removal of the key pad, in fact the Pro in the naming refers to it being designed as a professional-grade keyboard. One suitable for fast-paced esports with tech and design to suit. 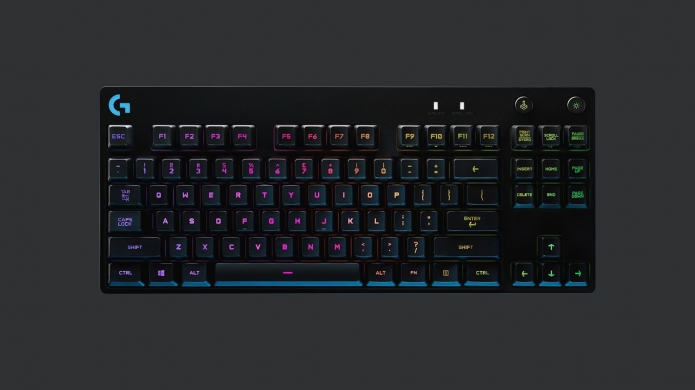 Right, so the Tenkeyless approach of the Logitech G Pro means a remarkably small form factor, which alongside the detachable USB cable means that it’s perfect for taking on the go or even pairing with a decent gaming laptop. Instead of the floating key design we’ve seen across a range of other mechanical keyboards recently, the Logitech G Pro opts for a sunken design – which plays into its implementation of Romer-G mechanical switches and the short actuation distance (being 1.5 mm) and total travel distance of 3.2 mm. Two measurements of the keyboard that essentially means that it doesn’t take much movement to register a key-press. Pressure is still required of course, but the result is a smooth key-press that eschews the traditional clicky feel of Cherry MX switches.

Although it took Logitech a little while to add RGB support to its line-up of keyboards, the Logitech G Pro features full per-key lighting. Alongside the excellent software support, it offers up some of the best RGB you’re likely to find. Outside of that there’s not much else to the visual design of the Logitech G Pro, which favours form over additional functionality. No dedicated media or function keys (there is macro and profile support though) here, simply a button to turn the lighting on and off and a handy game button that disables the Windows key so you can avoid unexpected Cortana intrusions. 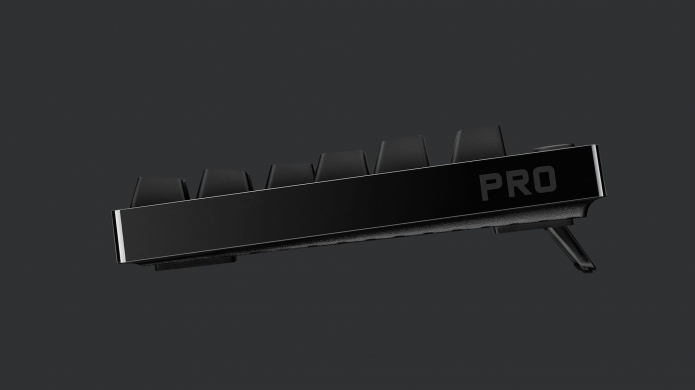 For its small physical size, weighing in at 980 grams ensures that as a mechanical keyboard the Logitech G Pro is sturdy. Rubberised underside grips that also extend to the adjustable stand mean that once placed on a surface it wont move unless you pick it back up. A must have feature for any gaming keyboard these days, here the weight and sturdy design complements the Romer-G mechanical switches. As a keyboard designed for esports use, the additional of a 70 million keystroke lifespan and an impressive 26-key rollover all adds up to exceptional build quality and focus on performance. 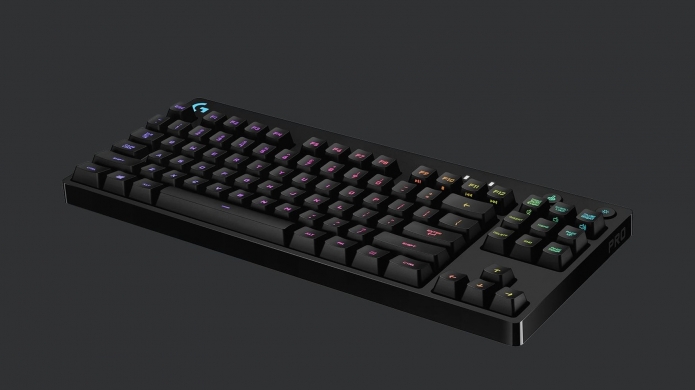 Supported by Logitech Gaming Software, customisation across lighting and macros is a breeze, with one of the G Pro’s wonderful features being the ability to record heat-maps to see what keys and areas of the keyboard are being used the most. Not only useful from the perspective of trying to optimise hand coordination, but also useful in setting up your own lighting profiles to support such endeavours.

As Logitech’s own take on the mechanical switch, the Romer-G design implemented here has an immediate and different feel to other switches we’ve tested recently. As fans of the Logitech G613, it’s something that we were able to easily get used to, but the difference was notable. The short actuation distance helped when it came to quick rollover, making movement in a first-person shooter like Apex Legends or DOOM feel natural and precise. Speedy would be another way to describe it. As it was clearly designed for that sort of task, where the Logitech G Pro felt a little out of place was with everyday typing. That is, emails, documents, and trying out the hundreds of different password variations you have because you momentarily forgot your Battle.net login details. Not bad per se, but not as comfortable as more traditional mechanical keyboard. So in that sense, the Logitech G Pro lives up to its promise – a high-performance, portable, and precise mechanical gaming keyboard built for esports.
Follow Us
Latest Reviews
More...
News Feed
Advertisement
Latest Threads
Log In
Create Account | Lost your password?