The LG Signature OLED 8K has a native resolution of 7,680 x 4,320 pixels, and being OLED that means all 33 million pixels will be self-emitting. Compared to a Full-HD 1080p display that's 16 times the pixel count, and compared to a 4K display that's four-times the number of pixels. Yeah, a definite glimpse into the future.

Set to debut in Australia in October, naturally this wont come cheap. The most advanced TV ever to hit retail, the 88-inch LG OLED 8K TV, has an RRP of $59,999.

“Today we’re thrilled to offer a product that delivers the ultimate home entertainment experience available in Australiam" said Angus Jones, General Manager of Marketing at LG Electronics Australia . "The LG OLED 8K TV combines LG OLED display technology and 8K resolution for the best visual and true-to-life experience. On top of this, the TV will equip consumers for what’s to come with 8K content in the near future, such as 8K gaming consoles expected in 2020.”

“It’s more than just a TV with an increased number of pixels and perfect blacks, it also delivers all of the latest display technologies consumers would expect and want," he added. "The powerful Alpha 9 (α9) Gen 2 Processor uses Artificial Intelligence to upscale standard definition or 4K content for a realistic audio-visual experience, such as clear speech and skin tones. Meanwhile, compatible cinematic content can be amplified with Advanced HDR 10 with Technicolor, Dolby Vision and Dolby Atmos for an incredibly immersive setting.” 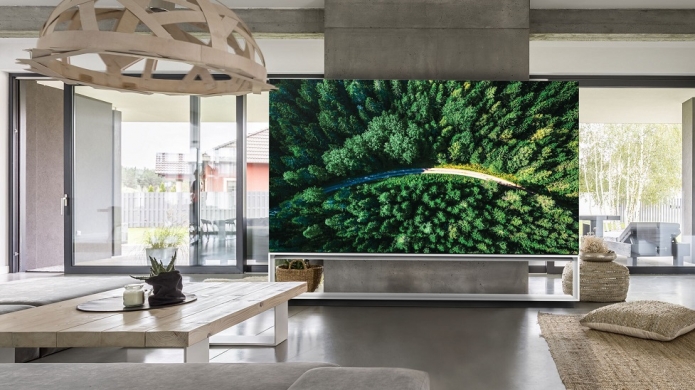 Having used a standard 4K OLED for sometime - seeing the technology flourish and grow has definitely been exciting. In terms of gaming, 8K in 2020 might be a bit of a stretch, as native 4K at a stable 60 frames-per-second is mostly limited to something like the NVIDIA GeForce RTX 2080 Ti. Sony has said the PlayStation 5 will support 8K but this could very well be via upscaling tech. That said, we've tested out games like Overwatch at 8K on PC and managed to get a stable frame-rate. Not ideal, but stable.

LG is bringing NVIDIA G-Sync support to its 2019 OLED TVs - so the gaming capabilities are definitely there. And cutting edge.

So yeah, this 8K display from LG is mostly a glimpse into the future - that for now will be well and truly out of reach for everyday consumers. LG has been leading the OLED charge in recent years, where self-emitting pixels results in perfect blacks and stunning image quality. Things like brightness has improved , to the point where now HDR is as good or better than the competition. According to the press release the company expects the demand for OLED displays to expand to 7 million in 2020 and 10 million in 2021. Currently they make-up 20 percent of the high-end LG TV portfolio.