NBA 2K21 is the best basketball game around... but it's also the only one.
NBA 2K21 Review
Red Dead Redemption 2 Rumours Point to a Battle Royale Mode, and GTA Online Style Exploration
Post by KostaAndreadis @ 12:53pm 07/02/18 | 0 Comments With Red Dead Redemption 2 now due for release in October, new reports are surfacing about what players can expect in the full release. According to a leak over at Trusted Reviews, one of the multiplayer modes is called Battle Royale. Which, unless you've been in a coma for the past couple of years, is the in thing right now.

That being said, if Red Dead Redemption Online was to include a mode along the lines of PUBG or Fortnite, well, that would be pretty cool. Other modes incoming as per the report are called Revive and Survive and Money Bags, which sound like versions of team death-match and capture the flag. 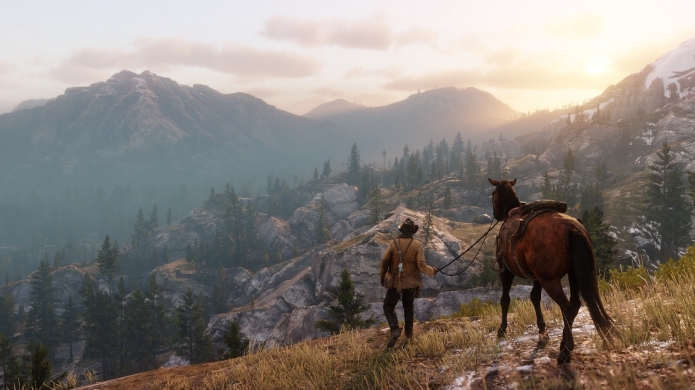 Due to the success of GTA Online, Red Dead Redemption 2's online mode is also touted as offering up more detailed and rewarding free-roam exploration. Stuff like daily tasks with rewards are mentioned. As are the inclusion of upgradable tents in lieu of swanky modern-day apartments. Character within the world itself will be more fleshed out, as they go about their daily business whilst offering up missions and equipment.

For more info, check out the full report.