We spent four hours with a ray-traced enabled build of Watch Dogs: Legion and were again, floored by its recruitment system. And realistic reflections.
Watch Dogs: Legion - We Go Hands-On With RTX On
The Assassin's Code - A Story Primer
Post by KostaAndreadis @ 03:17pm 22/10/15 | 1 Comments Apart from taking place during iconic time periods and places like 'Old Italy', 'Old America', and 'Old Pirate Land', the Assassin's Creed games have also featured stories that take place during the present, which served to highlight the continued war between the Assassins and the Knights Templar. In fact, you'd be hard pressed to find a more complicated video game story, with everything from genetic memory devices to ancient beings with supernatural time bending powers all accounted for.

Plus there's the whole thing about the Knights Templar and the Assassins being involved in just about every single major historical event since Bible Times. It makes the collective works of Dan Brown read like a list of ingredients. So, to help people brush up on their Creed Lore prior to the release of Assassin's Creed Syndicate on October 23 for PlayStation 4 and Xbox One, Ubisoft has posted a nice summary covering each of the Creed games -- giving a basic rundown and summary of the modern day story-lines.

If nothing else, you can take the time to remember Desmond. And the time that AusGamers Chief Stephen Farrelly thought that I looked exactly like him. 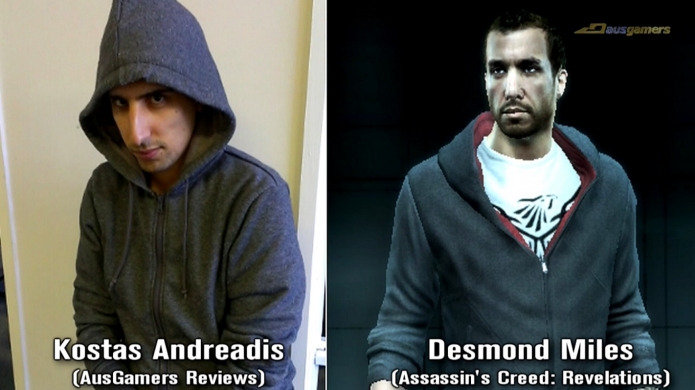 History will be the judge. Or, genetically altered memory-based virtual remembering.