Grand Theft Auto V first released in 2013 on the PlayStation 3 and Xbox 360. It released again on PS4 and Xbox one in 2014, around six months ago, bringing with it improved visuals, first-person mode and not much else. And, this April, it has finally made it to the logical resting place for a project where the primary addition is improved visuals and not much else -- a place where Anti-Aliasing isn't just possible, it's possible in ways you'll need a degree just to begin to understand. 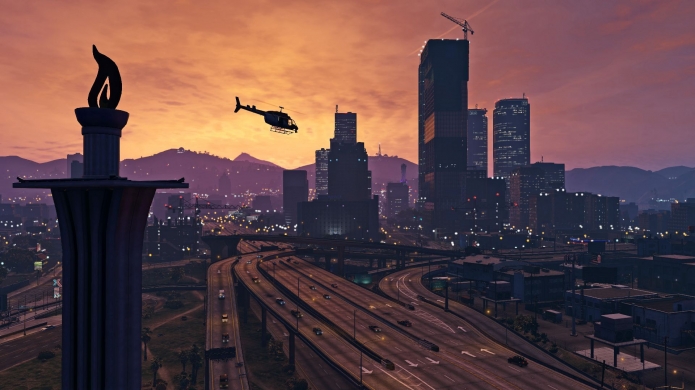 I recall the release of Grand Theft Auto IV on PC, and my first concern was that this would be similar. That, despite the delays, Rockstar's port of their opus would be broken for many. It's hard to nail down whether this is the case -- the nature of PC gaming is such that it will certainly be broken for some -- but most reports indicate that the game is working as intended, and it is looking spectacular.

I could try to camouflage my ignorance, but it would be pointless -- when I say it looks really good, it's for dozens of reasons I haven't really dug into. PC games look better because they look better. Provided you have the hardware required, they run at higher frame-rates, at higher resolutions, with higher detailed textures and shadows and reflections and lighting. Grand Theft Auto V, if you choose to browse through its insane list of options, allows you to tweak all of these things and more. It allows you to make all-but imperceptible changes to the amount of grass on the ground, if you want to (and your computer can handle it).

And hilariously, it's still not enough for everyone. Perhaps because they make third-person open-world adventures and not first-person-shooters, Rockstar neglected to add a Field of View slider to their game -- an error worthy of note if you happen to feel motion-sickness from the narrow FOV most games use, and one worthy of a half-hearted shrug if you don't. 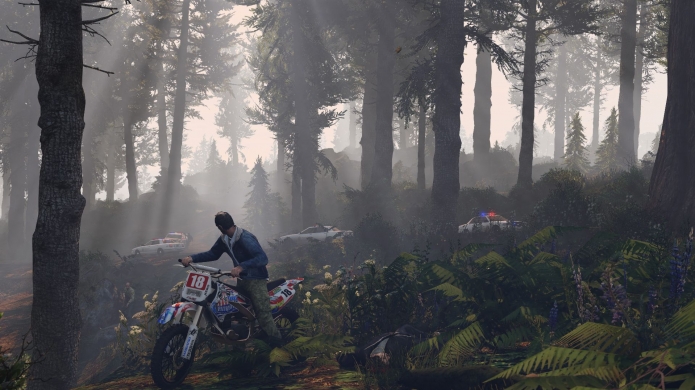 Fear not, however, because the fix is already in. Modders have already added field of view management tools to the game, alongside lighting tweaks, superhero powers, snow and more. Mods aren't supported by Rockstar, but they're not specifically blocked (except where they affect GTA Online) -- and so tinkerers did what they like to do, as soon as they could.

You can play it with a PS4, Xbox One or Xbox 360 controller via native in-game support. Thanks to Xbox 360 controller support, you can use basically any other controller with it as well. People have got it working with the Oculus Rift, across multiple monitors and streamed onto their televisions via in-home streaming.

It adds the Rockstar Editor, which might curiously be the one area where it slouches. A video editor with loads (seriously loads) of options available, Rockstar Editor is designed to allow people to use GTA V's world to create all sorts of amazing things. Ok, so I made one amazing thing. Anyway, it's a functional, if fiddly, machinima creation tool, but it inexplicably requires you to stay in-game (not alt-tabbed, in-game) if you want to finish uploading your video to the Internet. 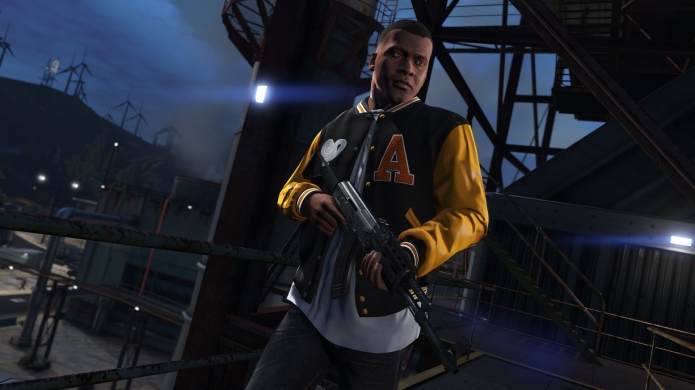 In multiplayer you experience the advantage of waiting -- 18 months of balance tweaks, Online Heists out of the box and far more multiplayer missions are available for you the moment the game loads. 30 people can join in on the free-roam fun now, which seems good but mostly just means 29 people to grief the hell out of you.

The game loads quicker, it transitions between characters faster, view distances are increased and everything is just better. GTA V on PC is an opera in its honour. It is a sonnet to PC gaming, doing what consoles did oh so long ago -- exploiting its strengths and avoiding its weaknesses. Sure, the Rockstar Social Club is an annoying hoop to jump through, and hardware fragmentation poses problems for some. But for those with the hardware to run it, GTA V serves as a testament to the PC platform's superiority, and a reminder that good things come to those that wait.
Latest Comments
Link