You know a game is a little rough around the edges when every door you open within the game world opens towards your character and literally passes through them, a design choice that would only be acceptable if by some strange miracle an end game twist reveals that you were in fact the ghost of Bruce Willis all along. Even though the story here features many twists and turns, some of them shocking and arguably worthy of the Game of Thrones license, this twist is not one of them, and with so many doors to open within the game, it seemingly never occurred to the developer to simply have them open outward. You know, away from your character, so it doesn’t look ridiculous every time you go into a new room to talk to the next quest related character.

Last year the Game of Thrones license made its first foray into gaming with a PC-centric strategy game that was at best a mediocre affair with some interesting design choices. With the same developer on board - Cyanide Studios, this time they’re looking to turn the beloved world created by George R. R. Martin into a traditional story-driven RPG, spanning both the north and south of the Westeros region across two separate and realised storylines. 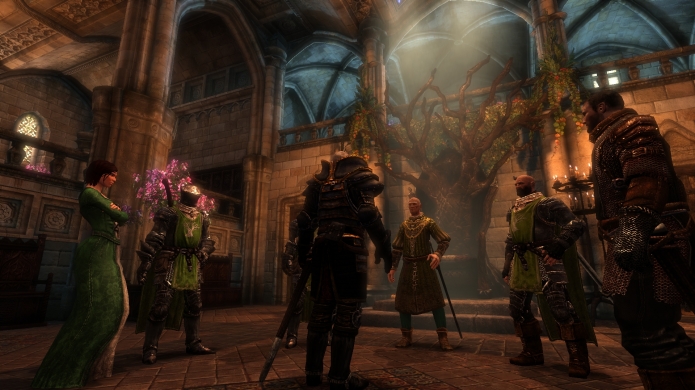 They’ve even managed to bring in some help from HBO, the premium US cable station responsible for turning the beloved book series into an equally beloved and immensely popular TV series, with the iconic theme music from the show turning up in the title screen. This direct correlation to the show brings with it some big shoes to fill, but with a spotty track record, an already failed attempt, and an end product that is definitely inconsistent and average, fans may flock to this game based on its franchise pedigree alone, without being forewarned.

So consider this the warning then, if you are a fan of Game of Thrones and RPGs along the lines of the original Dragon Age, then you will find something to like within this game, however small, and in almost all cases it will centre around the story itself. Not in the visual execution, presentation, art-direction, voice-acting, or even dialogue, but in the story and character arcs presented. In the game players will take control of both an experienced ranger of the Night’s Watch protecting the lands of the Westeros from all manner of hostilities north of an exceptionally large ice wall, as well as a high-born exile returning home from across the Narrow Sea to find his house in a state of, well, disrepair. The story is presented as a series of chapters alternating between the two narratives and timeline-wise it takes place during the early parts of the first book (or season) with each character uncovering their own mysteries and plots that fit in tone with the series.

A large portion of the game is story, with lengthy dialogue sequences occurring at regular intervals, with many sections of the game revolving around moving from one corner of a map to another to speak to a specific character, whilst seemingly stealing people’s belongings (ie loot) along the way. Thankfully the writing itself is of a reasonable standard, with a story that involves the usual series tropes of greed, conspiracies, murderous plots, and frequent visits to medieval brothels. It’s this part of the game that stands out above all others even if the voice-acting (outside of those characters that also appear in the HBO series) varies from acceptable to “that just sounds like a gravelly-voiced-one-dimensional-generic-fantasy-type-warrior-guy” style levels of bad. Providing a character-based point-of-view for each chapter is a great nod to the book series and helps keep the story momentum going until the inevitable string of twists and turns tie both narratives to the overall arc. And this approach will probably be the key reason most players stick with the game throughout its campaign. 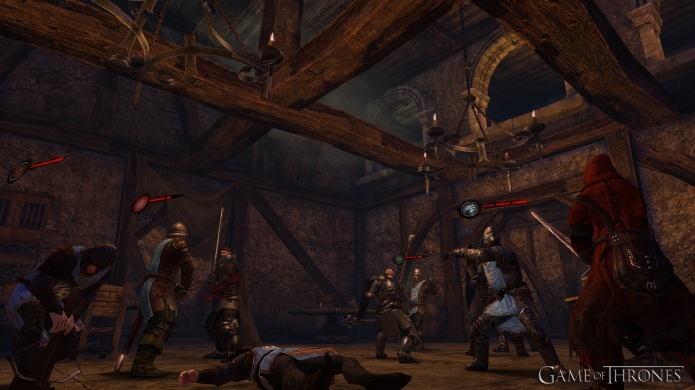 As an RPG, with leveling, stat and skill development, and items to equip, the game fares considerably worse with mechanics and interfaces that feel clumsily implemented. But as mentioned above in a comparison, the original Dragon Age also suffered from similar issues, albeit much less so, and much like that game battles play out in a skill queuing system where players pause the on-screen action to line up their next couple of attacks, buffs, or item use, and un-pause to watch the outcome play itself out. It’s a system seen in classic PC games and when executed well, is not a detriment to any game that features this type of quasi turn-based approach over standard hack-and-slash gameplay. The problem here, however, is that you really aren’t given enough skills or items to use in battle for the majority of the game, and strategically things can get a little stale very quickly when you simply execute the same two or three moves over and over, hour after hour.

One of the better aspects of the game is the character trait-based system that has both positive and negative effects on your particular character, which you get to choose during the character creation process. This system also ties directly to the choices made in the story, so for example if you were to sort out a particular problem without the need to resort to violence or take the opposite approach and decide to torture a particular quest-related character you will get traits that tie directly into your stats. In theory it’s quite interesting, and if properly executed, a potentially great addition to any story-driven RPG, however, there are instances here where it simply falls flat - as choosing to be overtly sadistic when torturing a foe can result in a pretty worthless trait that grants a paltry 1% attack bonus to any critical hit. So when a standard critical attack may take 250 points of damage off your opponent that would only equate to an extra 2.5 points of damage - thanks but no thanks on that front.

You may be thinking that the gameplay may be simply a little too middle of the road and boring or even dated, and you’d be right. But that’s also an overly harsh assessment, as what is on offer works to a certain degree and can be engaging at times. Faint praise to be sure and this criticism would also translates to the visuals, which although serviceable, and colourful when visiting southern locations such as King’s Landing, look dated to a point where they look like bad examples of the Unreal engine from 2008’s crop of games. But again, that’s an overly harsh assessment and some of the character models are quite distinct in their look with the southern-born character you control for half of the game, Alester Sarwick, being extremely well realised from a design implementation, and execution, perspective. He even features some of the better voice-acting in the game. 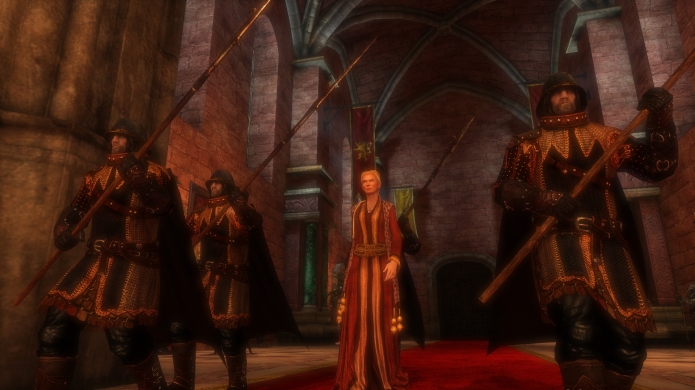 So Game of Thrones features an engrossing story underneath all its decidedly average layers and it’s the mechanics and gameplay that hold back the overall experience from being one worth recommending outside of the series’ most stalwart fans. It alternately hits the tone and feel of the series with the story being presented and then proceeds to squander all of this good will. Case in point, early on in the game after defeating a wildling leader north of the wall you can pick up his armour which is a mesh of blackened mail with severed heads hanging off the belt, the type of visceral nastiness that the book series is known for. But as the stats on this item are considerably better than anything you find for the next several chapters, donning this armour will mean that you’ll have the heads of your fellow brothers of the Night’s Watch hanging off your hips as you make conversation with leaders, spies, priests, and whores.