Coming in at a whopping 22Gb, DOOM for the Nintendo Switch is one of the largest games I’ve installed so far on the console. That is of course if you get it from the Nintendo e-Shop. Anyway, the large size meant slowly watching the progress bar begin to fill in anticipation of playing one the most fun and visually impressive shooters from the past couple of years. And let me tell you, when it finally came time to load up DOOM on the Switch, it was hard not to get excited seeing the Bethesda logo. 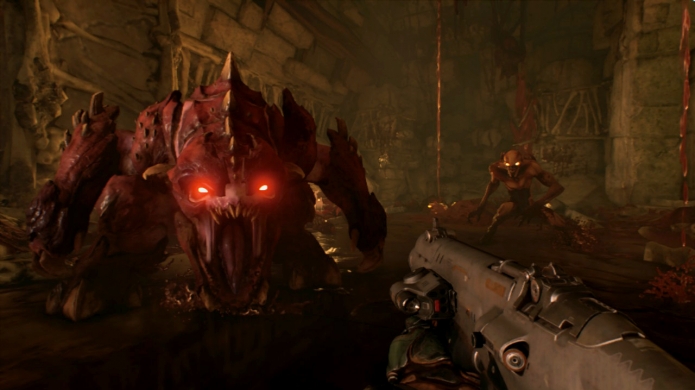 First off, after starting the game there was a general sense of disbelief that this was in fact 2016’s DOOM running on a handheld or portable console. So much so that I thought the intro was simply pre-rendered video, and then it would, err, switch to a Doom more reminiscent of version we saw in 1993. A time before all-caps, and advanced graphical effects like ambient occlusion.

But, it wasn’t long before my brain adjusted and realised that yes this is indeed the same game as its bigger brother – that being 2016’s DOOM running on a high-end PC or home console. Now, for the big question - how does it look? And how does it run? Okay, that’s two questions, but who’s counting.

On the Nintendo Switch DOOM runs at a solid 30fps for the most part. And having played quite a bit of the Xbox One and PC versions, the drop to 30fps on the Switch didn’t feel too bad. The lower frame rate is mitigated with same post processing effects you’ll find in other versions such as motion blur. That being said, this port is a technical marvel. It showcases how well optimised DOOM and how scalable id Tech 6 is. 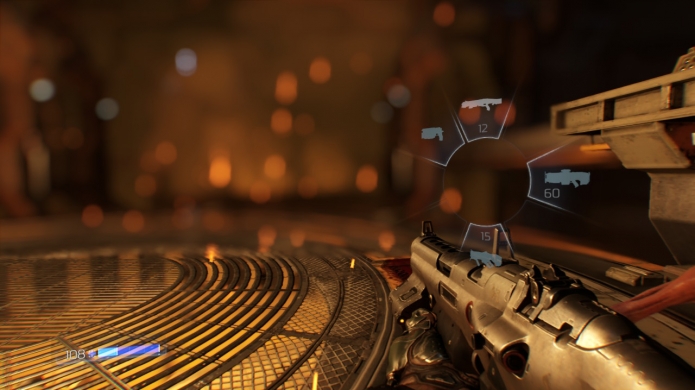 DOOM for Nintendo Switch is also a good demonstration of how much you can squeeze out of the Switch hardware with the new Vulkan rendering API. And really, I thought there would be more visual sacrifices to get this running on the Switch. You’ll find the same physically based rendering and clustered forward rendering - a fancy term to render environment lighting effects efficiently. You even get the same great depth of field with the bokeh lens effect, which is integral to the finishing moves.

Also surprising was to see the same volumetric particles included throughout.

Even so the DOOM on Switch in both docked and handheld mode is missing screen space reflections. Which means the puddles on the ground will be reflecting two things - jack and shit. There is also a downgrade to more obvious stuff like shadows and lighting, but even after playing it some of what’s missing is hard to see until you compare it side by side with the PC version. 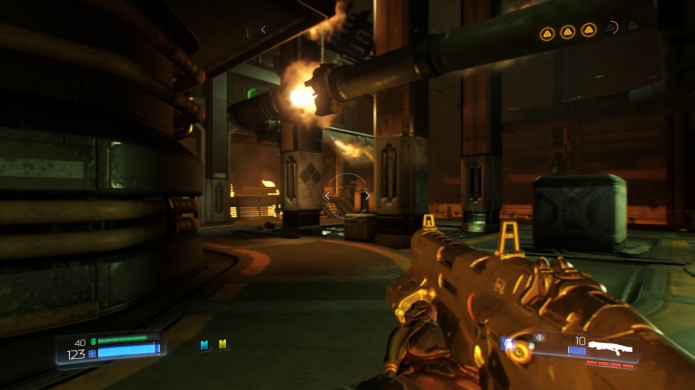 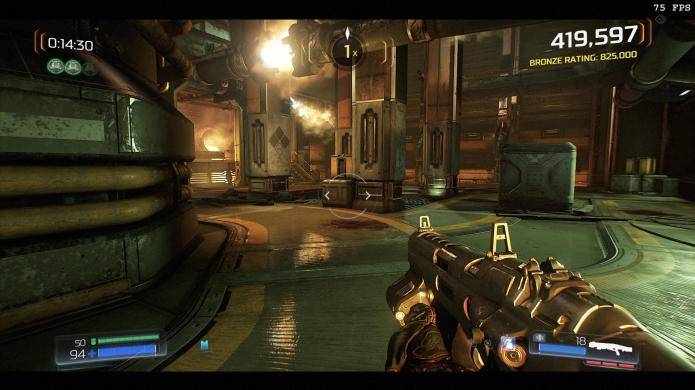 The obligatory unfair comparison, DOOM on Switch vs. a High-End PC

Texture resolution too can be mixed, but everything important is at a pretty decent resolution. The computer monitors, and vending machine images/text is sharp when you’re up close. The biggest downside to this port though is the overall resolution. If you don’t mind having a bit of Vaseline on the camera lens, the visual fidelity for DOOM on Switch when played in handheld mode is impressive. The game does employ dynamic resolution scaling (so when shit goes down, your framerate won't), but don’t expect it to go near the native 720p resolution of the screen when the action heats up. In that sense DOOM feels like it hovers around something like 540p.

When docked it does render at a higher resolution than in handheld mode, and is more comfortable to play with the Pro Controller. But on a TV screen DOOM on the Switch starts to lose its charm very quickly. The sacrifices in visual fidelity becomes more apparent and if you intend to play solely on a big screen you're better off seeking out the console or PC versions instead. 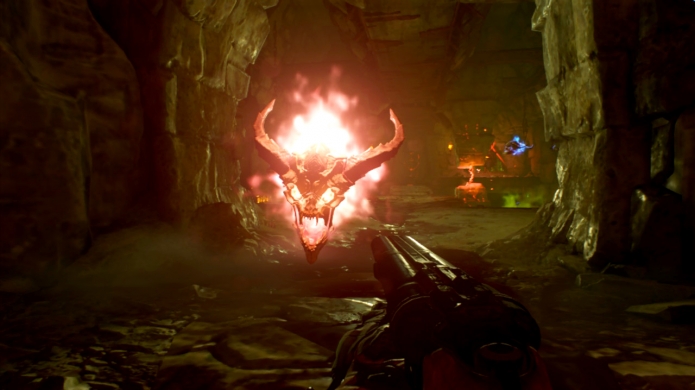 Even after all this time, DOOM is still a blast to play through. Making the Switch release my third time I got my ass to Mars in order to send a whole lot of demons back to hell. And Cohagen, if he's around. Being able to take it anywhere, at work, on a train, pop it in your bag, and resume later - is great. Awesome even. Portable DOOM single-player and Arcade Mode alone make it worth it for any Switch owner.