The perfect-counter, pressing the right button at the right moment to hit an enemy in a flurry of attacks dealing more damage than, say, if you caught the enemy off guard whilst they were on a tea break. Or, in the case of Darksiders III – sitting beside a campfire roasting some form of unknown meat. Probably that of a fallen angel. It’s a move that we’ve seen crop up increasingly over the years in action-games where the focus is on fast, fluid, melee combat. Normally part of an arsenal of skills and abilities at your disposal, in Darksiders III – for several hours – across both regular encounters and boss battles, the perfect-counter is just about the only readily usable and worthwhile ability in Fury’s arsenal.

And the only move that works. 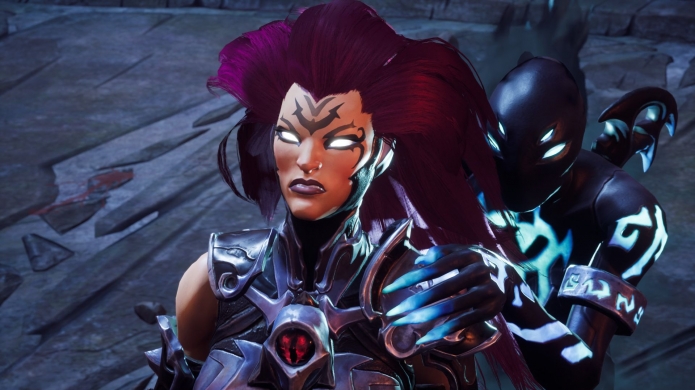 Now, that may not sound like a bad thing – but in an experience that draws on its own rich history as a blend between the grand adventure of The Legend of Zelda series, mixed with, say, God of War action and what you’d find in other combat-heavy titles, it feels a little undercooked. As the sequel to 2012’s Darksiders II, and a series whose future and ambition looked to be all but lost after the closure of THQ, it’s disappointing to say the least. Even in a world that encourages Metroid-style backtracking once new abilities are unlocked, the core combat never really evolves beyond hitting the dodge button at the exact right time after learning enemy patterns, and then performing perfect counters to deal damage that’s noticeable.

Which in turn makes the first few hours with Darksiders III not that memorable or fun to play. The earliest locations build on some of the blandest environments found in the original Darksiders, from overgrown city streets to abandoned car parks and subway tunnels. Okay, so the outdoor streets do feature some interesting art direction with impressive scale, but even large trees jutting out of skyscrapers is something we’ve seen before. And already in this series, no less. Touted as one large connected world, what you mostly get is long stretches of claustrophobic, linear, walking through corridors, section after section. To the point where you’ll soon forget about the mount teased in pre-release marketing material – in that there simply isn’t enough of an explorable environment for a horse to make sense. So, Fury doesn’t get one.

All of this is presented without a map, which feels like a strange omission. Instead you follow a compass leading to the nearest Seven Deadly Sin to take out, a quest that serves as the jumping off point for Fury’s apocalyptic arrival. A compass in and of itself is not a bad idea but it’s implementation here has long stretches where it fails to work, sending Fury around in circles and in the wrong direction too. Amongst environments that mostly look the same that tend to include verticality that twists and turns over itself purposely obscuring pathways. It’s a recipe for frustration. A map would go a long way to give even the samiest of environments some feeling of place in the overall world, whilst also encourage you to go back to find that secret area behind that purple wall because you haven’t unlocked purple Fury yet.

The lack of a map makes fast travel confusing too, where it’s often difficult to figure out what Serpent Hole leads where based on a picture of a slightly different tunnel than the one underneath it. Okay, so that’s probably a weird point to bring up as a point of contention – so let’s get back to combat. 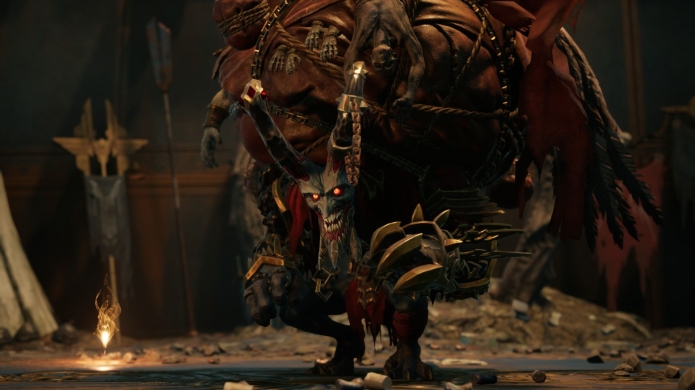 Combat that leans a little too heavily in the direction of counters isn’t the only issue here, but it’s the most prominent and one that bleeds into all the other shortcomings. In terms of difficulty, Darksiders III is more Dark Souls than the original two games - an approach that feels at odds with the Zelda and Metroidvania style world and comic aesthetic. Taking on groups of enemies or packs of monsters, a staple in any game of this nature suffers due to camera issues, enemies that not only have a greater reach than Fury’s whip but also faster attacks too - where they almost always attacking in quick succession with the ability to interrupt and stagger Fury mid perfect-counter. Enemies and monsters themselves, mostly cannot be stunned or staggered mid-strike – all adding to the overall feeling that Fury’s whip is kind of, well, pretty worthless. Especially when it can’t handle even the lowliest of creatures without dodging their attacks first.

If this seems like a nit-picky list of combat mechanics, feel free to view it as a list of design choices made by the development team at Gunfire Games. You could very well chalk up some of the disdain for this approach or choices made as that of personal preference. Always difficult, timing-based combat over ability-based encounters that focus on new moves learned and a general sense of growing more powerful over time. But then again when one mistake made in a Darksiders III group fight can lead to death without any way to avoid a succession of hits, that’s just cheap. Not to mention silly and somewhat broken when it’s trash mobs. A group of skeletons. 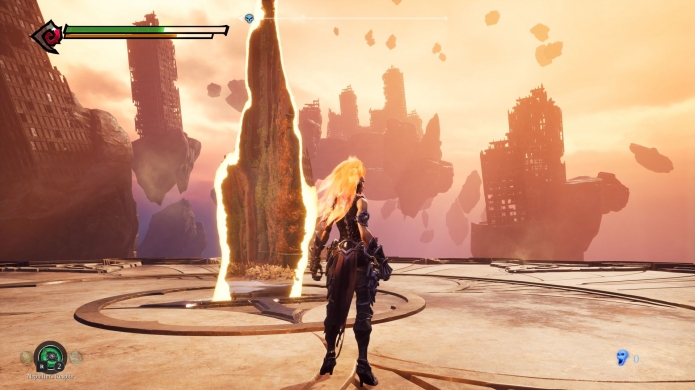 Fury herself moves too slowly and enemies tend to stay just outside of her whip’s reach in order to launch their own attacks. Attacks that have greater reach with weapons that are far shorter in length, because they can move forward and attack at the same time – Fury, for the most part, cannot. Her dodge move itself moves only a tiny distance, making avoiding area-of-effect damage something of an art-form. You don’t even get a ranged weapon until much later in the game, so dealing with archers is broken when you can’t even run or jump to avoid their attacks. Instead the best strategy there is to rush, take a few hits, then worry about your health bar later.

Does all of this make Darksiders III a complete failure? Well, sort of but not quite. It’s also worth noting that this review comes from a fan of the series. The story, art direction, and Zelda meets action-RPG direction of Darksiders II felt like a step in the right direction - so ‘sticking with it’ was always going to happen. No doubt it was disappointing seeing the first few impressive Seven Deadly Sin designs and characters fully realised in large boss arenas only to be forced to slowly chip away at their massive health bars in a series of dodge-and-then-attack moves. As it was spending an attribute point or upgrading a weapon or enchantment to then then be given the boring description of “Health 315 > 328” or “Damage 97 > 108”. In a game without loot or a focus on specific damage numbers or even defensive abilities. All RPG-like links to Darksiders II feel superfluous at best. Enemy hits can take a quarter of your health in no time, all but rendering a dozen points of extra health meaningless. At least in the short term. It’s like being given a single proper upgrade one tiny piece at a time. 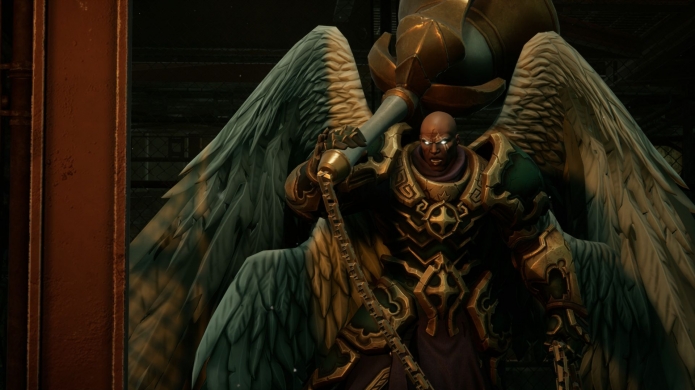 It’s not all bleak and apocalyptic as this review might seem so far. And the setting too for that matter. Darksiders III is not terrible. It slowly but surely gets better the further into the experience you get. It’s almost as if developer Gunfire Games developed the entire game from beginning to end – from beginning to end. From laughably simple, silly, and weirdly obscure coloured beetle puzzles you then get to see large environments with interesting architecture, with level design and even puzzles that feel like an actual part of the world. New enemies that behave in ways that are interesting begin to show up, and boss battles that although mostly focus on the same tiresome combat mechanics, begin to implement stages and new ideas and mechanics to figure out.

The story gets better too, with Fury’s one-dimensional performance evolving over time – and her place within the Four Horsemen slowly taking shape. It doesn’t become great, but there are flashes of brilliance and promise. Moments where you’re reminded of the Darksiders of old, quickly followed by the next repetitive combat encounter or clunky whip-as-a-grappling hook platforming section.
Latest Comments
No comments currently exist. Be the first to comment!
Commenting has been locked for this item.
Follow Us
Latest Reviews
More...
News Feed
Advertisement
Latest Threads
Log In
Create Account | Lost your password?