Memory can be a funny thing, how one visually recalls a game from twenty years ago is usually very different to how it actually looked at the time. Case in point Age of Empires: Definitive Edition, which faithfully remasters the classic real-time strategy (RTS) game for modern hardware and looks great on an ultrawide display thanks to the new highly-detailed 4K assets. What’s strange though is that it’s quite easy to go, “yeah, this is exactly how I remember the original Age of Empires”. In 4K looking super crisp.

Which really, is a complement to the work carried out by developer Forgotten Empires on what is a great remaster. 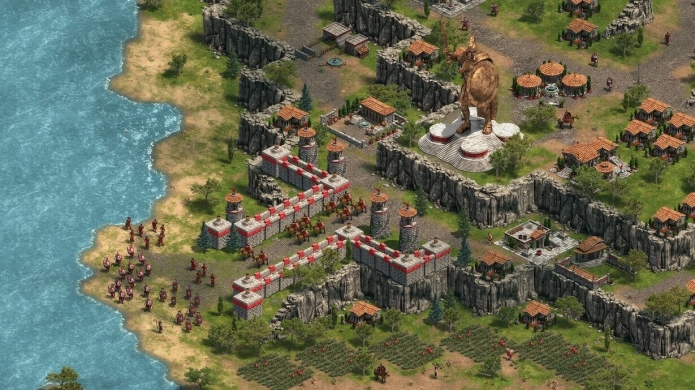 Back in 1998 though, visually speaking, Age of Empires was a non-widescreen (let alone ultrawide) low-res collection of pixelated barbarians and axe-men crudely walking through lush green locales in search of unfriendly villages to destroy. Fine for the time, cutting edge even. In 2018 a release like Age of Empires: Definitive Edition makes perfect sense. Not only does it bring the game into the modern era with new visuals and presentation, but it does so without messing with the original game and retaining the same overall look and feel.

Now, it’s that last bit there that you’ll need to remember. The original Age of Empires was a ground-breaking RTS that blended the advancing through time aspect of the turn-based Civilization series with the fast-paced combat and real-time exploration of Blizzard’s Warcraft II or StarCraft – which got its own well executed remastered version last year. Age of Empires was an innovative mash-up that propelled the series and original developer Ensemble Studios to stardom. Where years later we even got an Age of Empires-inspired Star Wars game.

The Age of Empires formula so-to-speak was laid out here in the first game but was also something that improved in ensuing years thanks to the excellent, and overall much better-balanced, Age of Empires II. And again, with Age of Mythology after that. That being said this Definitive Edition does increase the population cap, whilst making much-needed improvements to things like path-finding. 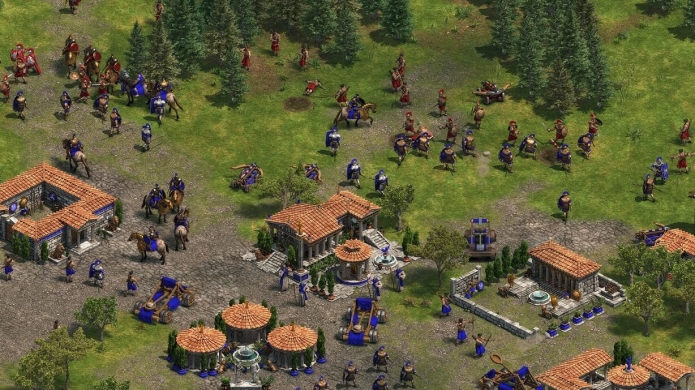 When approaching a remaster for a twenty-year-old game one must view it in a couple of ways, one as a thing that existed a long time ago that you might fondly remember and second as something that should still feel relevant today. Where both approaches complement each other. If it still plays great, then that reinforces any positive memories one might have. And if it looks as you recall but doesn’t hold up gameplay-wise then you’ll stick with it until your nostalgia bucket runs dry. Age of Empires: Definitive Edition falls somewhere in the middle, in that it’s very much playable and a lot of fun, but it’s hard to shake the sense of playing something from a time when the RTS genre and the Age of Empires series was right on the cusp of becoming truly great. And timeless.

Also, the first Age of Empires was hard then and just as hard now. Enemy factions relentlessly attack you, send villagers to setup in your camp, and just about cause all sorts of clockwork-like chaos. The aggressive AI of the 1998 original finds its way into the Definitive Edition, with good cause. It just wouldn’t be the same otherwise. But also, reinforces the ways in which the sequel Age of Empires II was generally viewed as the superior game. And the one that turned the series into a mega-hit. 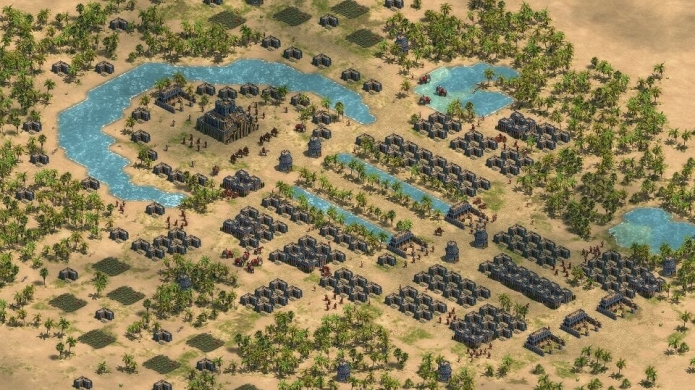 So, with that in mind it’s worth noting or reminding yourself of the combat-heavy focus of the original Age of Empires. One where the first Greek campaign is a relentless struggle for survival, even on Easy.

The core mechanics of setting up a primitive settlement and then slowly advancing to the Iron Age and Bronze Age holds up remarkably well, offering an intricate web of upgrades and technological trees to go down. There’s a feel to the original Age of Empires that can’t be denied, and the methodical pacing that finds itself across everything from gathering resources through to combat is both engaging and complex. Even if some of it is still confusing all these years later. Like upgrading building methods so you can build stone-based Sentry Towers via the Granary. And the fact that it takes multiple buildings to construct different melee units and then upgrade them with new abilities at some other building. 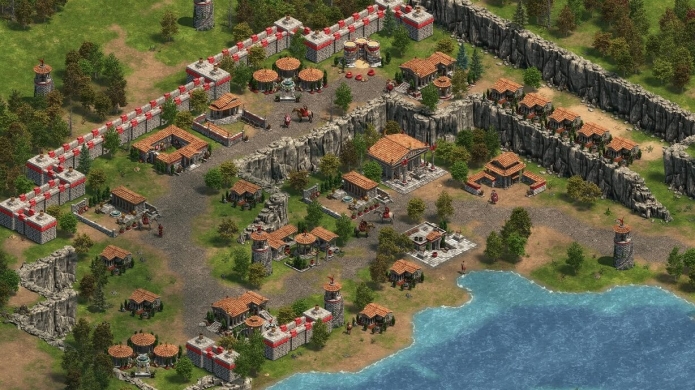 No doubt it would have been interesting to see some alternate take or variations in this remaster, perhaps in a secondary ‘modern mode’ with streamlined controls, updated AI, and less tech-tree clutter. But as a reasonably priced remaster that doesn’t mess with the original apart from implementing some minor improvements and all the bug fixes and content that came with later expansions it’s hard to fault Age of Empires: Definitive Edition. A fun, engaging trip down RTS memory-lane.
Latest Comments
Link