There are only two ways to approach a remastered re-release of a classic game, either from the viewpoint of someone who has never played it before or from the perspective of someone that’s familiar with the original version. StarCraft, from Blizzard, was first released in 1998. A time when the real-time strategy genre was at the forefront of PC gaming. With the subsequent release of the expansion, Brood War, StarCraft quickly became one of the most beloved releases in the RTS genre. And also, one of the most popular online multiplayer games for PC. When going online was still a relatively new thing.

With the release of StarCraft: Remastered, Blizzard is providing fans of the series and newcomers alike with the opportunity to relive, re-play, or simply play the classic game for the first time. Featuring new high-definition art and animation, re-done voices and remastered music, StarCraft: Remastered doesn’t mess with the formula at all. In fact, as the original came out so long ago the new and impressive HD visuals will instil an impressive sense of “this is how I remember this”. With switching to the original low-res presentation causing your brain to reject what you see as some sort of falsehood. 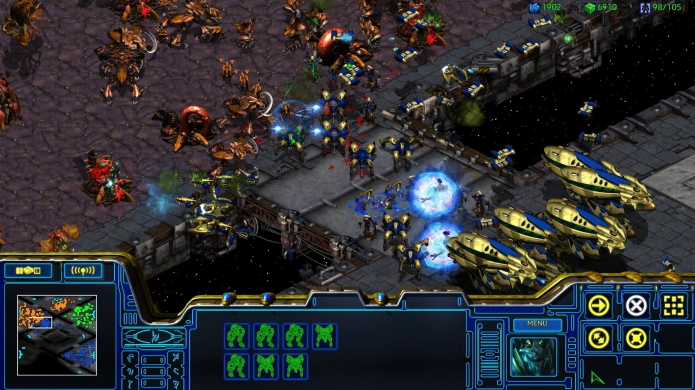 In the sense that it was always meant to look like this.

Yeah, this review comes from the perspective of someone who’s played a lot of StarCraft in the past. Both as a single-player sci-fi story, and as an online multiplayer game where connecting to Battle.net required a phone line and something that people used to call a “modem”. An old-timey router if you will. It’s been at least a decade or so since the Brood War CD lying around here somewhere was anywhere near an optical drive, so it goes without saying that firing up StarCraft: Remastered for the first time was an almost overwhelming nostalgic experience.

But, nostalgia can also be a funny thing. By not changing the core StarCraft mechanics, there were also a few not so positive “this is how I remember this” moments with StarCraft: Remastered. Like for example, only being able to select and group a max of 12 units when trying to move your army. Also, there’s the finnicky AI pathfinding. Was moving groups of Goliaths and Siege Tanks up a ramp always so painful? Save often and always, is the key when playing through the campaign. Because StarCraft: Remastered successfully brings back a time when the unexpected catching you off guard leads to a micromanagement nightmare. Best to reload, and be prepared next time. 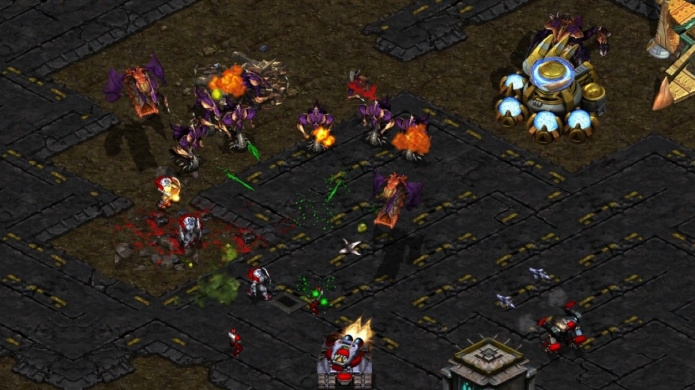 StarCraft’s longevity though, no doubt lies with its competitive multiplayer. Which is exactly as we remember it here - but with the new and impressive coat of digital paint. On that front, StarCraft: Remastered is a resounding success. Barring a few matchmaking issues at launch. It’s here where the intricacies of the three playable races, the Terran, Zerg, and Protoss, reaffirm the almost chess-like perfection found in overall balancing and skirmishes. A Zergling rush to deal with, Siege Tank defences to navigate, Medics to heal an army of Marines that now feel invincible, and High Templars filling the screen with bouts of Psionic Storm lightning. It’s all here, and just as much fun as it was over a decade ago. And all without feeling cheap. This is as refined, detailed, and intricate as multiplayer strategy gaming gets.

But for me, the real joy with StarCraft: Remastered came with getting to replay the original campaigns. With the Brood War expansion and additional units included, you get two lengthy campaigns for each race with a story that continues and grows from mission to mission. After playing through all three StarCraft II releases, getting to see the beginning of Raynor and Kerrigan’s relationship was a treat. As was reliving the mysterious rebirth of Kerrigan as part of the Zerg, and seeing how the Protoss evolved from mysterious high-tech warriors in the first two campaigns to an alien race that you get to understand and feel for by the end of Brood War. 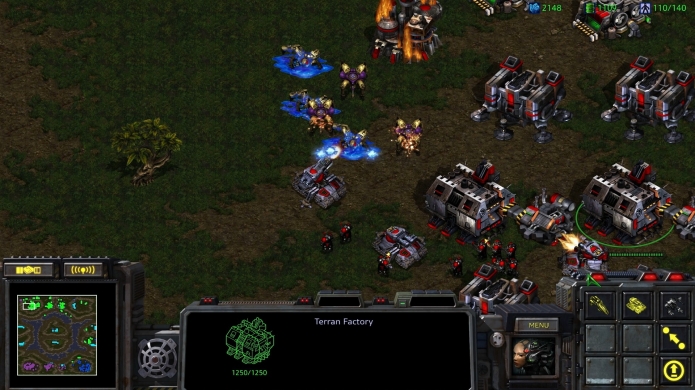 For new players, we would have liked to have seen some alterations. Even if that was just the implementation of a difficulty mode to make some of the later stages a bit easier to handle. Because yeah, that’s another thing we forgot about. How quickly things ramp up difficulty-wise in the last couple of missions for each race’s campaign. Also, redone cinematics would have been nice too. But outside of those two things, the campaign holds up remarkably well. With mission design that is still varied and fun to play, and with very little filler. It’s lengthy too, thanks to the inclusion of Brood War, making StarCraft: Remastered something that’s hard to resist with its wallet-friendly launch price.

Nostalgia. It factors into perception no matter how hard you try to take off those hypothetical (and awesome looking) goggles, and view something from the perspective of a newcomer. For many people out there, StarCraft represents one of the greatest PC games of all time. StarCraft: Remastered does little to dissuade that line of thought. With the new and impressive visuals and great new lighting effects, it’s an experience that is not only well worth revisiting. It’s recommended.
Latest Comments
Link