The latest June 2020 quarterly update on Diablo IV is a treasure trove of new info, so let’s break it down.
Diablo 4 Update – Open World, Events, Legendary Gear, and More
From Montana to Hope County – How Ubisoft Bottled Beauty and Batshit Crazy for Far Cry 5
Post by Grizz @ 04:06pm 16/11/17 | Comments
Weapon X ain't got squat on one of Far Cry 5's little critters, as Adam "Grizz" Mathew found out after a recent trip to Ubisoft Montreal for an in-depth behind-the-scenes look at the game. Read on for more...


Here’s an important, non-spoiler warning about the single biggest threat to your progress in Far Cry 5. Avoid the fishing poles. I mean it, friendo. They're the most distracting gameplay element since GWENT. The fishing here is so darn good. You'll sample it to unwind a little, only to get permanently hooked. (Damn it, I'm still talking in angler metaphors, the shrink said this should have passed by now.)

Philippe Fournier, Associate Producer, and his team travelled to Montana and identified fishing as not just a local hobby, but an obsession; a way of life. Hoping to capture the essence of Montana's culture, not just the flora and fauna that make up “Big Sky Country”, Ubisoft Montreal decided to invest in making a seriously badass bass catch-a-thon. 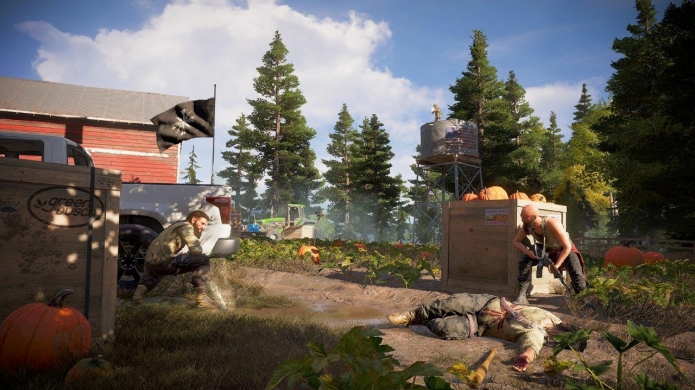 “We found that it's actually really popular in Montana,” Fournier tells me. “Just driving along the roads there you'll see fishing road signs absolutely everywhere. There are fishing spots all over the place, man. It's beyond hobby; it's a part of their lifestyle. We met a few locals who were experts and that allowed us to really work hard on our fishing mechanics. You have a lot of different options: lures, fishing rods -- fish to catch that are difficult or easy to net. Part of the game revolves around finding these signs to gain intel on where the primo spots are.”

Though I think Montana's slightly less exotic than every other location I've traipsed through in the Far Cry franchise, I can definitely see the appeal and fit of Hope County. It's somewhere that has a frontier, somewhere that the average person might not think of traveling to, and it's on the borderline of raw beauty and a bit of crazy.

“From the moment you step off the plane in Montana,” Fournier begins to enthuse. “It's incredible how rich and diverse the environment is. We mixed with the locals, heard their anecdotes, and filmed the wildlife. We also experienced the motto of the place: “big sky country”. That made a big impact on us too. The whole trip was designed to help us figure out where to focus our developmental efforts most, and so we invested heavily in good sky technology. 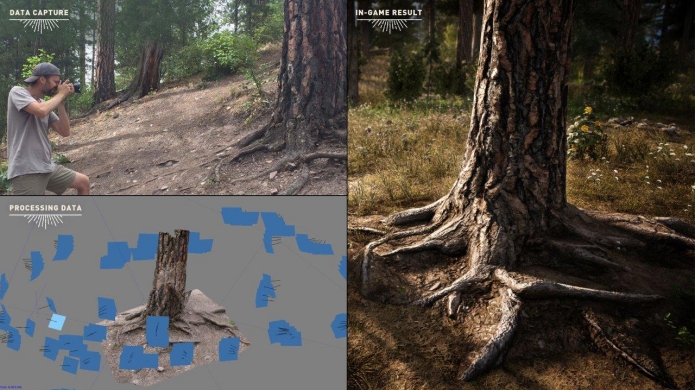 Diverse biomes were a focus too. From the moment that you get in the car and start driving, in 30 minutes the scenery can go from a really lush forest to, like, farmland. That made a big impression on us. We tried to be as 360 as possible in our real-life travels in Montana; all the way from plane rides to down in the water. We all fell in love with the place. I would totally go back there on my own time.”

When it came time to world-build, the team at Ubisoft Montreal really wanted to push the boundaries of what had been done before. New tech and capture techniques were explored in order to push for greater realism.

“We had to change our mindset and the way we work,” says Fournier. “This is why we went with the technique known as photogrammetry. The idea is to take a bunch of photos around a certain asset which in turn makes that a 3D object. One asset, like a shrub or tree stump, might take a hundred photos. As for textures, we scanned a birch tree out there that had a heart carved into it with initials. That went into the game and you can find it somewhere. We have that level of detail now, that's a first for us.”

Hoping for a juicy story involving the loss of limb, or a whole intern, I ask Fournier if his team used photogrammetry to capture wolves or bears. Sadly, they did not. Though it is mentioned that one of the team members had a close encounter with a wolverine while camping outdoors. Wolverines, incidentally, may become a serious roadblock to your quest to stop the cult in Far Cry 5. They may be even more deadly than fishing. 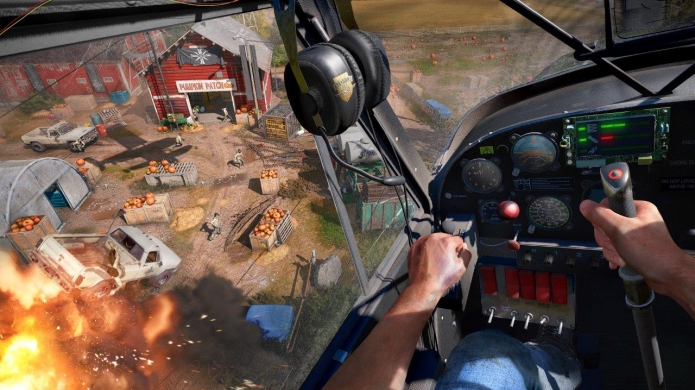 “We weren't sure what we'd find in Montana, animal-wise,” says Fournier. “When we went out driving at dusk, we saw green eyes popping out at us from everywhere. I got scared, to be honest. Especially because earlier that day I'd been taking photos of these special bins designed to keep bears out. That's when you know you need to be careful of where you are and what you're doing.

“Obviously [bears are in this] along with aggressive wolves and more placid creatures like ducks and trout. For me, the one that will surprise most players is how aggressive the turkeys are. It's super vicious and is going to attack you. It knows thanksgiving is coming. Skunks are also interesting as they'll spray you in your face, which will limit your vision and affect your shooting.

“King of the beasts, in my mind, is the wolverine. It's the most vicious thing ever and can really, really do a number on you. I mean, when you look at them, they're a 20 to 15 pound animal, but it's the only carnivorous animal out there that has to eat meat every day. So it will seriously go one on one in a face-off against a bear for one little piece of meat. It just doesn't care.” 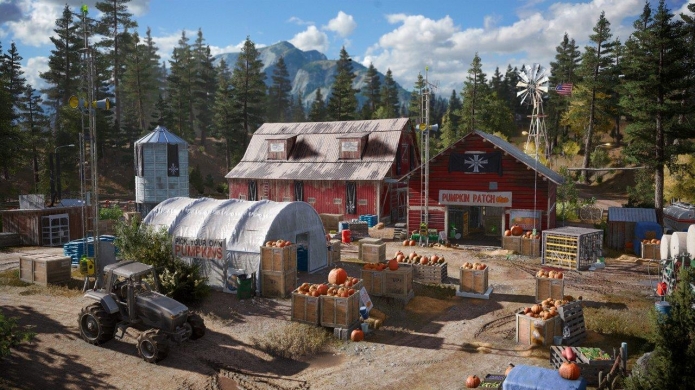 At this point I'm shown an animation of the critter fighting with an AI human. A wolverine latches onto his – shall we say, “lower polygons” – and doesn't let go until the unfortunate NPC dies, presumably from humiliation and blood loss. I still can't get the vision out of my mind, to be honest.

Whatever the case, it's clear to me that the most delightful facets of Montana, along with the deadliest, are being accurately translated into Hope County. This promises to be the best sandbox in the series. I'm sure I'll enjoy exploring and exploding every square inch of it. Once I extricate myself from the first fishing hole, where I'll lose my first 10 hours...