We take a look at the big releases across each platform for the kick-off month of January 2022…
Kicking off 2022 in Games
Microsoft Flight Simulator - Xbox Series X|S Review
Review By KostaAndreadis @ 05:59pm 27/07/21 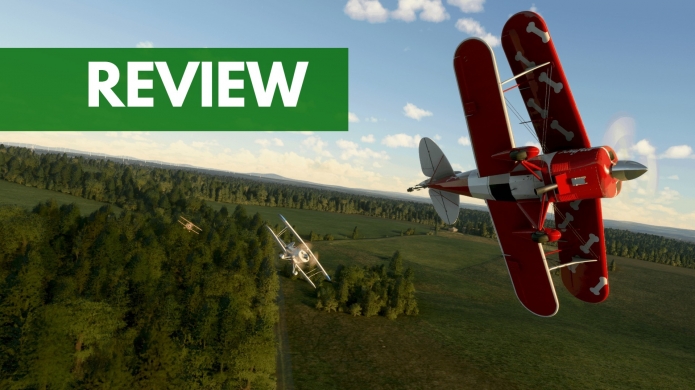 Microsoft Flight Simulator lets you spin the globe, pick a spot, set the conditions, pick-out a plane, and soar. Visit the deserts of Algeria, the cloud-jutting mountains of the Himalayas, the vast countryside of Thailand, the beautiful nights of Kyoto, the scenic seafronts of Malta.

The golden hour of sunset is miraculous here, godly in its pure warmth, as is watching a sunrise or taking on the not-so-simple task of piercing the edge of a storm. A moment that once experienced, bathes you in sumptuous colours. Greens, blues, yellows, and more. At its best, Microsoft Flight Simulator feels alive.


As per our review of the PC debut of Microsoft Flight Simulator last year, the stand-out element of the latest version in the decades long simulation series was the fact that its beauty, wonder, and sense of scale matched its technical ambition and execution.

Through realistic physics, data, photogrammetry, and other digital cloud cloudiness, Flight Simulator did the seemingly impossible. 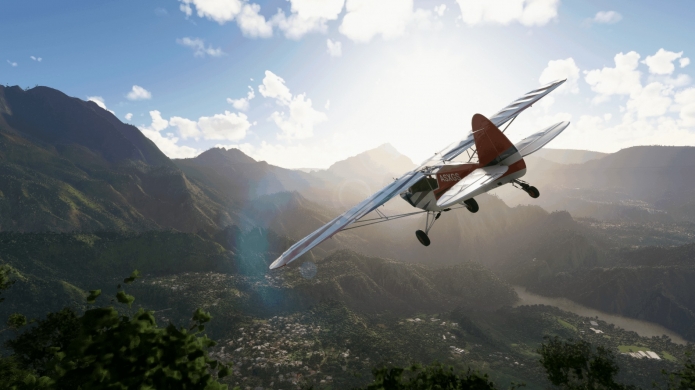 From small towns to large cities, high-resolution satellite imagery is processed by sophisticated AI to let Skynet-by-the-way-of-Azure cloud computing recreate structural and environmental shapes, heights, and detail. It’s impressive to say the least. But again, throw in scale – as in the entire planet Earth – and the mind boggles. Especially when real-world weather tracking and entire systems that ensure clouds look and behave realistically, in addition to how wind affects your craft depending on which side of the mountain you’re flying.

As a simulator the goal is to present the right real-world feel but also a photorealistic visual representation of the locations and various craft you’ll fly. With every airport and runway accounted for and a percentage of those hand-crafted, the results -- at their best -- rival anything we’ve ever seen in the digital realm. And in the ‘beautiful open-world to explore’ stakes, Microsoft Flight Simulator creates and exists in a tier of its own.

Providing an impressive and detailed planet to explore using real-world weather data from the past and present in addition to being able to jump into realistic planes of all shapes and sizes gave the experience a next-gen sheen. Even now it still feels ahead of its time.

Providing an impressive and detailed planet to explore using real-world weather data from the past and present in addition to being able to jump into realistic planes of all shapes and sizes gave the experience a next-gen sheen. Even now it still feels ahead of its time.


But, the PC launch was merely the opening leg in what has been an impressive journey. Throughout 2020 and 2021 the experience has received a number of World Updates, bringing new detail and life to various regions like Japan, the United States, and the United Kingdom. From 3D mapped cities to being able to fly over highly-detailed and realistic depictions of Stonehenge or Yosemite. Microsoft Flight Simulator has also received a number of patches that improved performance, optimised the data usage, to even supporting things like VR headsets.

The biggest course change or post-launch update, is the one we’re talking about here. The release of Microsoft Flight Simulator on Xbox Series X and S. A next-gen PC experience making its way to next-gen console hardware, a transition that sees the arrival of several notable updates to the core experience - covering things like flight training, accessibility, and more game-like things to see and do. Throw in all of the post-launch DLC that PC simmers have been seeing over the months, and there’s a lot. That is, on top of the ability to circle the entire planet in real-time.

First of all, to answer the question of whether or not it looks as good as the PC version -- that was kind of already asked and answered with the trailer from a few months back. Created using footage from the game running on Xbox hardware. On that front Microsoft Flight Simulator’s trailers have always been the real deal.

Bringing it back to that idea of picking a spot on the globe and flying, which was my own personal preference with how to engage with the often overwhelming nature of the flight sim, has become a mode in and of itself. The introduction of Discovery Flights offers that incentive to fly and learn through a curated list of flights that put you in the air in seconds. From Mt. Everest to the Great Pyramids and other locations, you can simply sit back and the Flight Assistant (the AI co-pilot and more) do all of the hard work or take control of the steering yourself.

It’s a wonderful touch that builds on the very idea of welcoming new pilots into the fold. And yeah, it’s hard to top taking control of a plane whilst flying over the Himalayas as a gateway to something new. Steering in Discovery Flights gives a good feel for movement, which is a good thing because the Xbox release, as was the case with PC, will see an influx of newcomers drawn by the visuals and sense of scale alone.

A next-gen PC experience making its way to next-gen console hardware, a transition that sees the arrival of several notable updates to the core experience - covering things like flight training, accessibility, and more game-like things to see and do.


Discovery Flights act as a great way to see the digital world and leave you wanting to learn more -- from take-off to landing to plotting a course or simply flying over your own little corner of the globe. Here the Flight Training missions have been expanding and made more byte-sized with scoring and feedback adding a sense of progression. They’re still very much in the realm of the hardcore flight simulator, but adding a rating ala the Landing Challenges brings the whole experience once step closer to the dream of a modern-day Microsoft Flight Simulator meets Pilotwings spin-off.

Now, as hinted at above Microsoft Flight Simulator is still very much a flight simulator. Flying a plane isn’t easy -- even if you’ve got a flight stick or yoke sitting there in front of you. On Xbox what you’re getting is the same version of the game found on PC, albeit with all of the new stuff developed with next-gen consoles in mind. You can play entirely with the controller, plug in a keyboard and mouse, or even go and buy a fancy flight sim peripheral that can turn your lounge or gaming area into a makeshift cockpit. 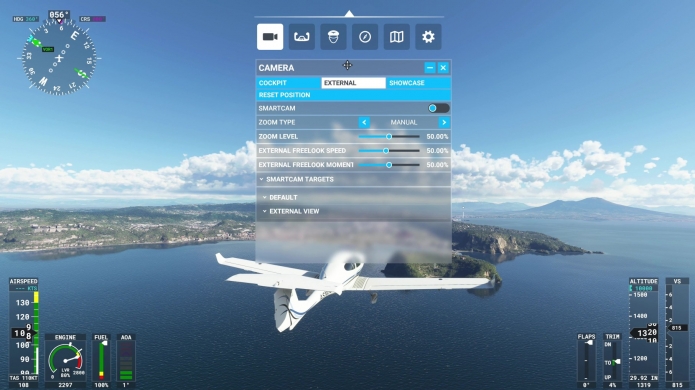 Going all controller has been catered for, where the thumbstick can become a mouse with the game now supporting a new quick-access overlay to easily switch up assistance stuff or drill into camera controls. It’s not entirely perfect, the UI is a little clunky and unresponsive at times -- namely when there’s a lot of data streaming seemingly going on, and we’ve had the experience freeze up twice when going a little UI crazy mid-flight. As with the overall look of some-places being a tad off in the use of satellite imagery to create hills and valleys, Microsoft Flight Simulator as this ‘perfect seamless bit of software’ is probably never going to be the case.

The flip side to that is that Asobo Studio is clearly aiming for that very thing, perfection. The most detailed craft ever seen, the largest and most detailed playspace, cloud formation and physics that look and feel like the real thing. On top of this is accessibility that the series hasn’t seen before, thanks in part to this Xbox version. Simply being able to have the AI co-pilot circle a point of interest as you take digital snaps or jump into a multiplayer flight and see someone you know in a plane on the horizon - the scope hasn’t waned in the slightest since its 2020 debut.

And with more coming on the horizon, Microsoft Flight Simulator still stands as one of the most impressive technical and artistic achievements we’ve seen to date. No matter if you’re playing on PC, Xbox Series X, or Xbox Series S.
Latest Comments
No comments currently exist. Be the first to comment!
You must be logged in to post a comment. Log in now!
Follow Us
Latest Reviews
More...
News Feed
Advertisement
Latest Threads
Log In
Create Account | Lost your password?