Is it game enough to fill the Gerudo Valley-sized gap in our collective souls? Can it quench the unquenchable heart that lies still, awaiting the return of Link in Breath of the Wild 2?
Hyrule Warriors: Age of Calamity Review - A Link to the Past
Turtle Beach | Stealth 600 G2 for Xbox Series X Review
Review By Grizz @ 05:22pm 16/11/20 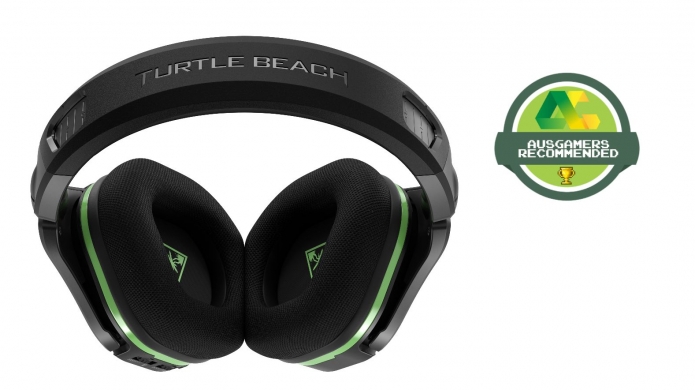 Despite having a moniker rooted in clandestine activities, it's no great secret that the original Stealth 600 from Turtle Beach provided some darn fine cans. If you missed them, they offered a more than respectable auditory experience and exceptional battery life for a modest amount of bucks. Gen 2, obviously, is mostly more of the same - but with a few tweaks to better usher your ears into the next generation of Xbox gaming.

Rather than being a dramatic redesign, the Turtle Beach | Stealth 600 G2 Gaming Headset includes a small collection of worthy upgrades that improve its sound, aesthetics and how they feel on your melon. All that being said and despite the name-drop of the fandangle new Xbox Series X console, these minor creature comforts probably don't warrant an upgrade for folks who already own last year's model. 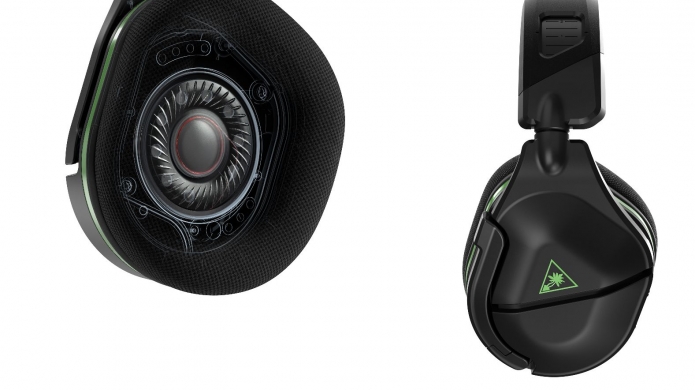 From a pure audio perspective, the Turtle Beach Stealth 600 Gen 2 sound quite clean and accurate for a gaming headset. What's here is a neutral sound profile, however you may notice the odd de-emphasis up around the high range 4KHz strata – the odd spot of textural loss that perhaps only folks coming down from audiophile cans will pick up on.

Rather than being a dramatic redesign, the Turtle Beach | Stealth 600 G2 Gaming Headset includes a small collection of worthy upgrades that improve its sound, aesthetics and how they feel on your melon.


It's also worth noting that the Stealth 600 Gen 2 comes with in-built Windows Sonic support. For the layman, that's a surprisingly decent virtual 7.1 surround sound solution which for the most part delivers on the promise of precise, distortion-free 3D audio. (Quick note: Windows 10 PC users hoping to partake in that will need to make an additional purchase of a Windows Wireless Adapter.)

Balance-wise, the wider audio sound-stage provided by the 50mm drivers is immediately felt and is impressive. But yeah, when it comes to depth perception it seems to me that Windows Sonic tends to overly favour and volume prioritise any sound source outside of your in-game view. Almost like a friend too eager to show you a cool new trick. More on some individual game tests in a moment...


It's worth noting that I experienced no connectivity issues between these revised cans and my brand spanking new Xbox Series X. Connecting them is a cinch – you simply press the synch on your left ear cup, then smack the sync button on your Xbox and you're ready to go. Another button worth mentioning is a Mode one that switches you between the pre-baked sound profiles that are “Bass Boost", "Bass + Treble Boost", "Vocal Boost" and “Signature Sound”. Think of this as a quick EQ setting function, and we'll talk about the effects of all that in a second. 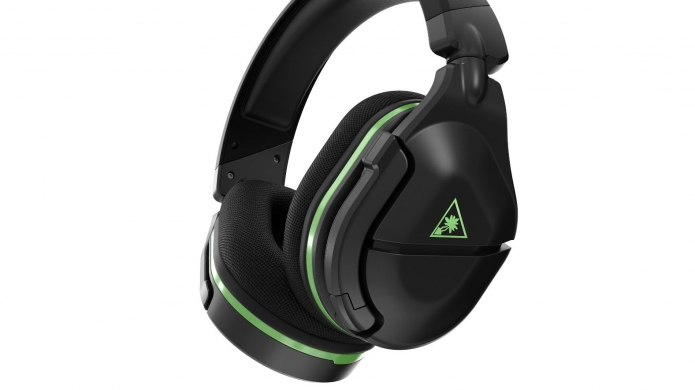 When it comes to aesthetics and wearability, the looks haven't diverted hugely from the handsome original article and they felt perfectly comfortable after way too many hours playing a slew of launch games. Basic verdict: When I put these on for the first time (backwards I might add – and you probably will do it too, once or twice) they felt tighter than expected. The band clearly 'wore in' though, as that sensation had disappeared after a six hour session with Assassin's Creed Valhalla. Never to return.

In terms of build quality, these feel sturdy, despite their all plastic design. Cup-wise, you're getting breathable ear cushions with “ProSpecs” technology that's a more-fancy-than-it-needs-to-be term for “glasses friendly”. Being a spectacles user, I can indeed confirm that my eyeball enhancers gelled perfectly fine with these over long gaming sessions.

The Xbox version of the Stealth 600 G2 is “platform gendered” with green bands around the earcups with the colour repeated on a modestly sized logo on the outside (the PS4 versions come in the expected royal blue). It's worth noting that these two units are practically identical, aside from the fact that the one meant for the Sony family comes with a USB wireless receiver that's required for use.

Meanwhile, the headband itself can be expanded to suit a larger melon, thanks to a 10 notch slider that capably holds your desired shape when not in use. I'm also a fan of the flip-to-mute microphone which, when not in use, becomes more or less invisible as it integrates neatly back into the left earcup. You could totally use these on a train without looking like a fish out of water MLG player. 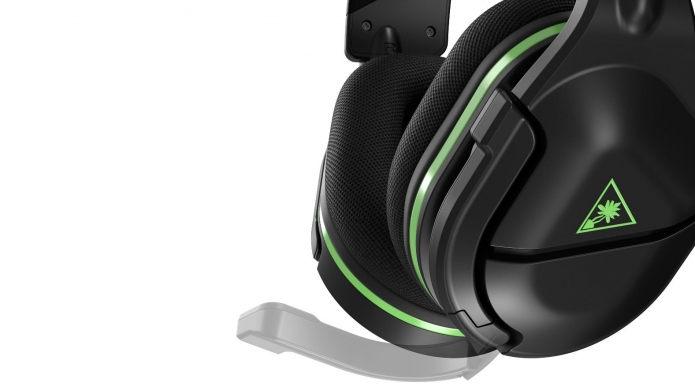 The sound quality you get hinges greatly on what mode you opt with. The Signature Sound setting is detailed enough but also slightly flatter than I'd hoped for. The Bass + (as you'd expect) augments nearby explosions with a overt thump, to the point where an especially catastrophic killstreak in CoD will cause a noticeable rumble in the Stealth 600 (which is the sort of poor man's haptics that I appreciate). Bass + Treble is my personal go-to, however, as you get a pleasant mix of environmentals along with gunfire and explosions with a respectable amount of oomph behind them. Bottom line: what's here is darn fine audio – but not sonically stellar.

In terms of build quality, these feel sturdy, despite their all plastic design. Cup-wise, you're getting breathable ear cushions with “ProSpecs” technology that's a more-fancy-than-it-needs-to-be term for “glasses friendly”.


As with many other Turtle Beach products you have the Superhuman Hearing function. I know it has its proponents online, but I'm still personally not a fan. The general idea here is that it effectively gives a massive prioritisation to your highs, while mids and lows are put way off in the distance. Now, perhaps there are very specific games and scenarios out there where that soundwave mutation is ideal, but I've still yet to find an in-game situation where this gave me enhanced spatial awareness over Bass + Treble. Everything just sounded otherworldly and odd. So yeah, don't buy into these thinking you're going to become the Clark Kent of CoD.

Testing across a wide range of games – including more single-player offerings like Watch Dogs: Legion, the aforementioned Assassin's Creed Valhall and Yakuza: Like A Dragon – using the Stealth 600 G2 series has been great. Turtle Beach is starting strong with this next generation offering, and I'm keen to see, and hear, where this line goes from here. While I don't believe the tweaks are monumental enough to warrant an upgrade from the Gen 1 offering, you'd be hard pressed to find a better quality set of wireless cans in this price range.
Latest Comments
No comments currently exist. Be the first to comment!
You must be logged in to post a comment. Log in now!
Follow Us
Latest Reviews
More...
News Feed
Advertisement
Latest Threads
Log In
Create Account | Lost your password?