We sit down with Typhoon Studios’ Alex Hutchinson to talk about the studio’s first game, comedy, co-op, and striving to be the fourth-best.
Journey to the Savage Planet - Developer Interview
Creative Sound BlasterX G6 Review
Review By KostaAndreadis @ 04:17pm 31/07/19 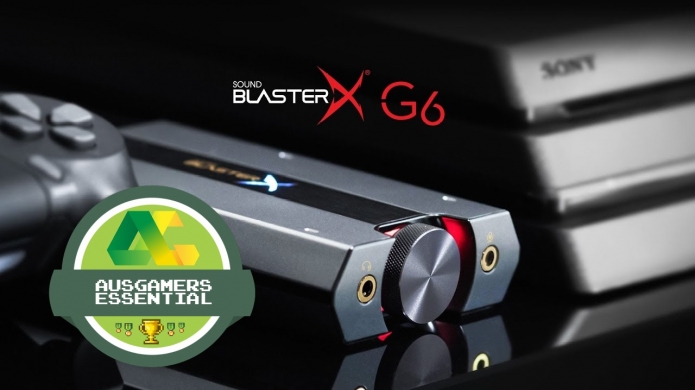 Back when we reviewed the Creative Sound BlasterX G5, we noted that it was compatible with consoles like the PlayStation 4 and Xbox One. But this was because people kind of just connected it up to consoles even though the G5 was designed and built for PC use. Using the optical port for Dolby headphone action while hooked up to a console quickly spread the news that this was a premium external DAC solution for home consoles that worked great.

Like with the G5 the new G6 is designed designed to offer premium headphones and headsets sound quality – whilst rivaling some of the best DACs out there. But now, released with non-PC devices also in mind. At a glance the new G6 looks like a straightforward revision of the G5, new and improved with console and device versatility in mind. The look and feel is mostly the same, with a similar lightweight build and angular charcoal look too. But, underneath the hood there have been a few notable improvements. 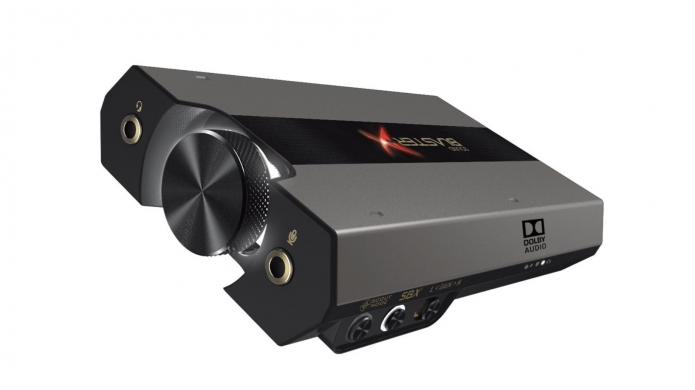 
With the output frequency now going all the way up to a 32-bit/384kHz signal – which is the stuff of audiophile dreams. And probably overkill when it comes to in-game audio, but a showcase for Creative’s ambitions when it comes to the Sound BlasterX G6. A high-end DAC that not only features hardware and optimisation for 7.1 surround and audio presets like Scout-mode designed to amplify certain frequencies for first-person shooters – but one that also serves up a premium listening experience when it comes to music too. That said, the G6 requires great pair of headphones or headset to get the most out of it.

This is personified by the Xamp audio technology which offers up discrete amplification to both the left and right channels in a way that a larger home theatre amplifier might for speakers. Unusual even across most music-based external DACs, this apparently gives the G6 an edge in the gaming department when frequency responses can become very different depending across a stereo signal. The promise is “more detailed audio on highs, mids, and bass”, although it’s hard to determine just how much of the improvement in sound quality comes down to the Xamp tech. 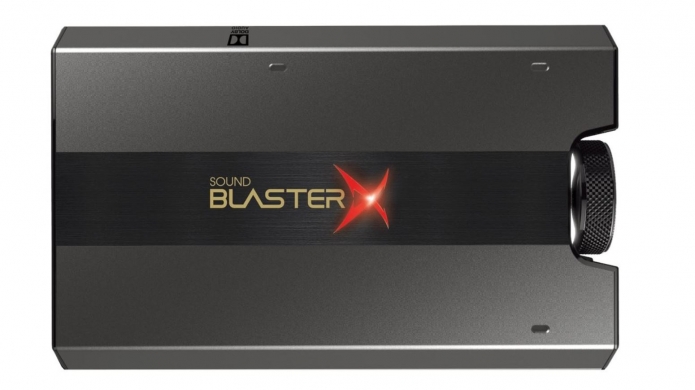 Like with the G5, the G6 is a plug and play device. Hook its up either via the optical cable and USB combo (required for power) to an Xbox One or PlayStation 4, or direct via USB to a PC or Nintendo Switch (docked). The only area it gets a little tricky is when is comes to the Nintendo Switch in handheld mode or say a phone or audio player. As the Sound BlasterX G6 needs USB-power to run this was expected but something worth noting due to the lightweight and portable build of the G6.

Connected to a PC you get the full support of Creative’s Sound Blaster Connect software, which has seen its interface and general performance improved in recent years. Here you get to fine tune and adjust frequencies and even things broken down into easier understand categories like dialogue and fine tuning the Scout mode. On that front, testing Scout mode across a range of shooters it’s something that we grew to enjoy – with the heightened footsteps and movement not getting in the way of chunky gunfire sounds and explosions. It’s a pure game-only thing, but a very impressive one.

“Sound-wise you get perhaps the most impressive external DAC for gaming that money can buy, with crystal clear and impressive surround in addition to exceptional music response.”


In the end the only real downside to the new G6 is that it looks exactly like the G5. Same short cables, same angular design, and same tiny buttons and so-so dial. Sound-wise you get perhaps the most impressive external DAC for gaming that money can buy, with crystal clear and impressive surround in addition to exceptional music response that can make the most out of high-def high-fidelity recordings. And on that front the Sound BlasterX G6 is a winner.
Latest Comments
No comments currently exist. Be the first to comment!
Commenting has been locked for this item.
Follow Us
Latest Reviews
More...
News Feed
Advertisement
Latest Threads
Log In
Create Account | Lost your password?