As with movies and television, the genre-tag ‘Horror’ can be used to describe a large range of games of varying styles. The Medium, which is the latest release from Polish studio Bloober Team (Layers of Fear and the sci-fi tinged Observer), is more moody psychological horror than the survival horror or action seen in, say, the Resident Evil series. This is not to say one approach is better than the other, but to connect The Medium’s use of static cinematic cameras as more in-line with traditional adventure games from the CD-ROM era than survival horror from the, err, same CD-ROM era.

As per the title, you take control of a Medium – Marianne – who can commune and interact with the spirit realm, or realms. Like one of those charlatans on TV, asking the audience if anyone knew a Jeff or a John or a man whose name starts with a J, maybe they wore jeans that one time, or, jumped -- except for reals. And it’s here where the game’s pre-release hyped up mechanic, split-screen single-player movement, comes into play. Albeit sparingly, but always in a fashion that is interesting from a cinematic and narrative perspective – even though it adds very little in the way of actual interactivity.

With Marianne existing in two places at once, she (i.e. you) can interact with a ghost, spirit residue, or object in the weird Zelda-style underworld version of the reality as well as a piece of paper on a desk somewhere in late 1990s Krakow, Poland. The hook here is that you can see and move around both realities at the same time, barring obstacles existing in one place over the other – eyes and focus shifting based on visual cues, or simply where you feel the most connected at any given moment. Sometimes that focus is nudged in one direction via shifting screen real-estate.

The Medium, which is the latest release from Polish studio Bloober Team (Layers of Fear and the sci-fi tinged Observer), is more moody psychological horror than the survival horror or action seen in, say, the Resident Evil series.


Again, there’s not all that much new here, mechanically speaking. Puzzles are solved in an expected fashion, although on that front using Spirit Energy on the weird object in-place of a switchboard in the spirit realm to restore power in the real world seems like a stretch. Sequences where you shift between realities proper, that is full-screen gaming via an in-game mirror, are better executed and offer up more in terms of discovery and little mysteries to solve. Here the creeping dread of exploration blends seamlessly with the sound-design and often evocative art direction. 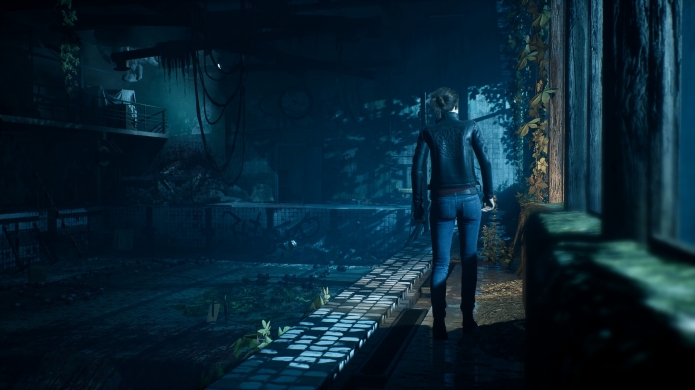 With exploration and discovery, alongside light puzzle solving, making up the bulk of The Medium, the horror comes from the slow-burn narrative, the by-default creepiness that comes from an abandoned and large hotel out in the woods, and the psychological scares that bubble to the surface from time to time. That, and being chased by a spirit-monster demon-thing called The Maw.

The Medium rarely if ever uses jump-scares or shock to frighten, which is commendable, but that also puts a spotlight on the game’s somewhat lacklustre story. Ambiguity is fine, especially when dealing with the psychological and the unexplainable, as is keeping revelations at bay or, to the very end of a particular narrative journey. The problem isn’t so much the structure of the narrative and how that ties to exploration, or that it’s a slow-burn mystery, but in how the story fails to convey meaningful goals or objectives and leaves a lot of the “what am I doing?” and “why?” to reading notes and documents scattered about. 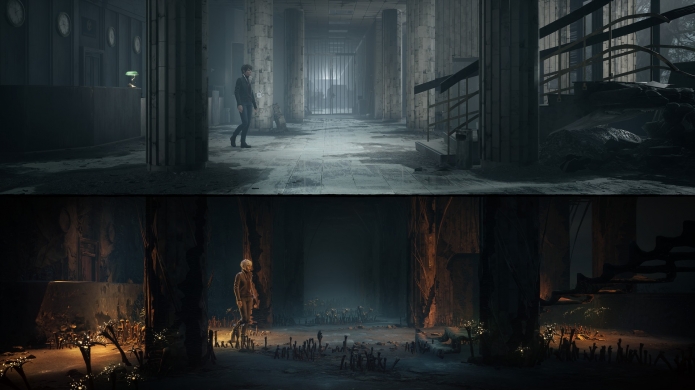 The story, and this could entirely be my fault, is confusing, especially when the fates of dead characters and their motives are a little vague and unspoken. There’s a lot of real-world history to be found, incidental and contextual detail dealing with communist movements and post-World War II social upheaval. These aspects of The Medium are fascinating because they’re as rich and full of detail as the various environments you get to explore.

The Medium rarely if ever uses jump-scares or shock to frighten, which is commendable, but that also puts a spotlight on the game’s somewhat lacklustre story.


Regardless of style, presentation plays a key role in the sort of cinematic and cerebral horror The Medium strives for. Which, yeah, means visual fidelity can play a role in how effective a sequence or immersion can be. Bolstered by great art-direction that is grounded yet creepy where it needs to be, whilst also getting strange and disturbing in the spirit realm The Medium also doubles as a next-gen showcase for the Xbox Series X or high-end PC. 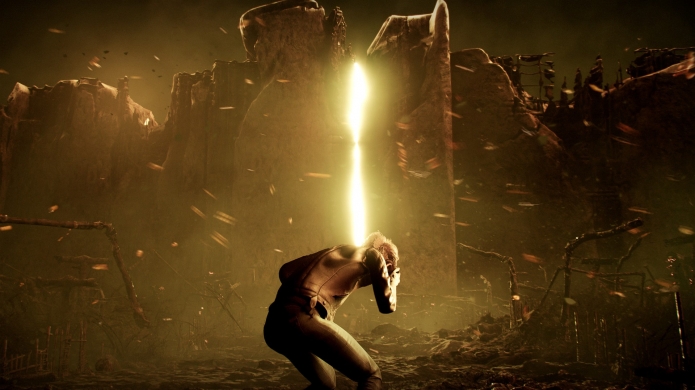 With detailed locations, moody lighting, impressive HDR, and even real-time ray-tracing in the form of reflections on surfaces and mirrors, The Medium even manages to render two realities at the same time or shift between them in a near-instant. There’s very little in the way of bombast or spectacle, and in terms of characters Marianne is a little undercooked, animation-wise. But much like the narrative The Medium’s visuals are a slow-burn of taking in what you see.

Though in the end that’s what keeps the interactive side of The Medium from living up to its premise, presentation, or story. Details are kept within environmental objects you can’t interact with, clues and revelations written on pieces of paper, split-screen exploration that proves to be more cinematography than interactivity. For a title devoid of action, outside of a couple of stealth sequences and a ‘run towards the screen from the giant monster bit’, The Medium might commune with the spirit world... but it fails to communicate all that well with the player.
Latest Comments
No comments currently exist. Be the first to comment!
Commenting has been locked for this item.
Follow Us
Latest Reviews
More...
News Feed
Advertisement
Latest Threads
Log In
Create Account | Lost your password?