Back when The Lord of the Rings trilogy was the be-all and end-all in the DVD-era, the special Extended Editions featured a plethora of behind-the-scenes looks at the making of the iconic films. The abundance of New Zealand accents aside, one of the cool revelations was that for scenes where the Hobbits would interact with the more human-sized characters - like Aragorn or Gandalf the Grey - the filmmakers would use tried-and-true photo trickery that played with perspective.

Have two characters in frame but with one sitting a few feet away. It gave the impression that both were on the same plane, yet one was considerably smaller than the other.


Gameplay capture from the first third of Superliminal

Superliminal, from indie studio Pillow Castle, uses perspective in such a way that initially you get the impression that the same sort of magic trick is taking place. It’s so impressive in execution that one needs to go as far back as Portal to find a puzzle-game that instilled a similar sense of immediate awe and wonder. In Superliminal objects miraculously change in size based on perspective, with the transition often being imperceptible. It then forces you to look at the world in a way that doesn’t make much physical sense. Picking up a chess piece from a table, holding it in front of a distant doorway, and then drop it. Walk up close and you’ll find that it’s now seven feet tall.

“It’s so impressive in execution that one needs to go as far back as Portal to find a puzzle-game that instilled a similar sense of immediate awe and wonder.”


See a doll house sitting on a table one minute and then through a series of actions find yourself inside looking out into a large and intimidating room. These moments in Superliminal are nothing short of mind-bending in the most pleasant and surprising way. As is using this readjusted perspective to figure out how to reach an exit.

It’s unfortunate then that Superliminal ultimately fails to create a compelling container to house all its ideas, puzzles, perspective trickery, and inventive set pieces. Set at a mysterious company known as Somnasculpt, where you’re a patient enrolled in a dream therapy program, the structure follows you existing and seemingly stuck in a dream state with regular guidance from a doctor acting as beacon to follow. A voice in your head that you can interact with via an old-school tape-deck radio in between puzzle rooms and scenarios, with the hope being to find reality. 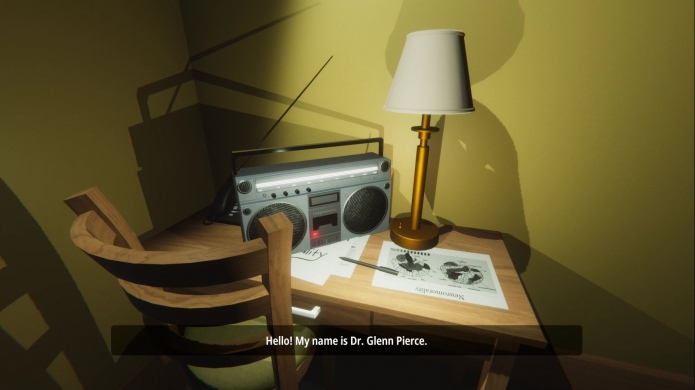 Tonally the narrative sits somewhere between Portal and The Stanley Parable and outside of being an easy to latch onto comparison, Superliminal never quite breaks free from this inspiration. With satire and pathos in equal measure somehow it never quite begins to feel like its own entity. Or that it might have something truly meaningful and original to say about dreams, reality, or even perception. Which for a game full of inventive puzzles and set pieces that mess with your own perception as a player – make Superliminal somewhat of a missed opportunity. Or an experience that fails to live up to those first moments of wonder in ways that Portal never did.

Engagement and the drive to keep going then is left to the puzzles, rooms, environments, and other interactions – of which the percentage of good and memorable and stuff unlike anything you’re likely to have seen before far outweighs the filler. If there’s one issue to be had with Superliminal’s puzzle design is that there’s little room for creativity or experimentation. Solutions outside of a few stand-out examples are merely a case of figuring out that one thing you can interact with in a certain way. Also, with erratic physics there’s a constant dip in the presentation’s finesse that comes from clipping, erratic animation, or outright breaking things and having to reload a checkpoint. 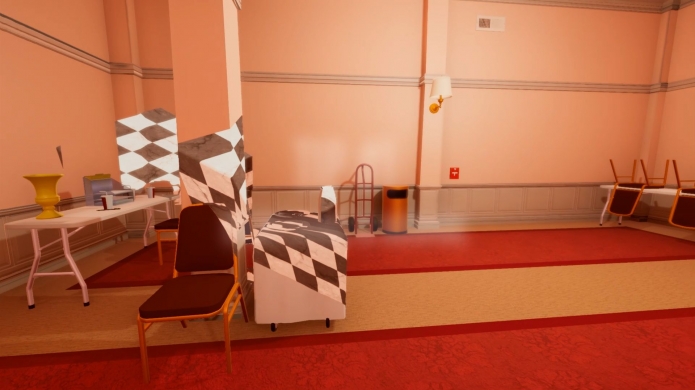 This may sound overly harsh in relation to the conclusion found in numerical form below, but it comes from a place of pure unbridled anticipation for Superliminal ahead of its release. Upon seeing the first few trailers and demonstrations of its perspective trickery, and playing through an early demo, we had high hopes that this could be it. The next great mind-bender of a puzzle game that will keep people talking for years. In some cases, when it’s firing on all cylinders and from all perspectives, Superliminal fits that bill.

“Solutions outside of a few stand-out examples are merely a case of figuring out that one thing you can interact with in a certain way.”


Even if it ultimately means we might only look at certain aspects of its design or specific puzzles versus the story and setting to remember and recall as time goes on, Superliminal is still an experience worth seeking out.
Latest Comments
No comments currently exist. Be the first to comment!
Commenting has been locked for this item.
Follow Us
Latest Reviews
More...
News Feed
Advertisement
Latest Threads
Log In
Create Account | Lost your password?