Resident Evil 3: Nemesis released in 1999 for the original PlayStation and got its namesake presumably from the large lab-born creature that stalks protagonist and survivor of the first haunted giant mansion outing, Jill Valentine. And that’s presumably because yours truly didn’t play this back then. Back in the year cinematic bullet-time was born courtesy of a young John Wick.

As a follow-up to last year’s excellent and impressive Resident Evil 2 Remake – which saw Capcom utilise the RE Engine to stunning effect – it’s a little weird playing Resident Evil 3 for the first time in 2020. And not because we’re in the middle of an actual viral outbreak with the entire world under quarantine. No, the reason for the weirdness stems from the story and tone of this Resident Evil 3 remake feeling very much like the product of its time. A misguided release along the lines of a Windows Vista, Nintendo Virtual Boy, or Robocop 3. 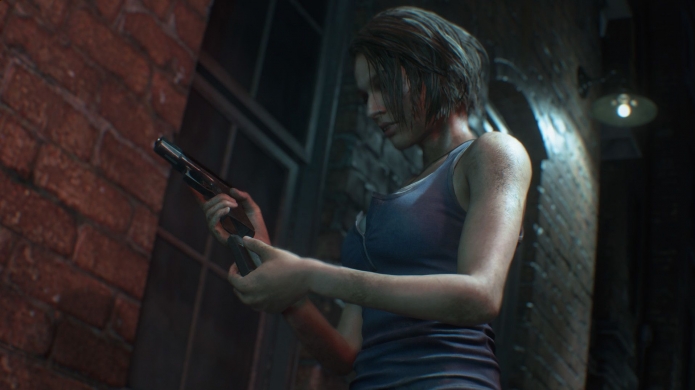 More accurately, a mostly bland Hollywood sequel where subtlety is traded-in for over-the-top spectacle. One of those releases that doesn’t really get what made Aliens a different but worthy sequel to Alien. In Resident Evil 3 big explosions, automatic rifles, and stakes so high that a vampire would spontaneously combust just by hearing about them, are the order of the day. Sure, Resident Evil is all about zombies so that’s a slightly out of place simile, but the “you only have a few hours to find the cure before the entire town is wiped out by a huge bomb” premise is as equally removed from the genre the game supposedly resides in as it is talking about vamps in an RE review.

“As a follow-up to last year’s excellent and impressive Resident Evil 2 Remake – which saw Capcom utilise the RE Engine to stunning effect – it’s a little weird playing Resident Evil 3 for the first time in 2020."


The survival horror side of Resident Evil 3 is limited to only a few key moments and set pieces throughout the short running time. These moments, are, the game at its best. And still enjoyable in the way that made last year’s remake feel fresh. 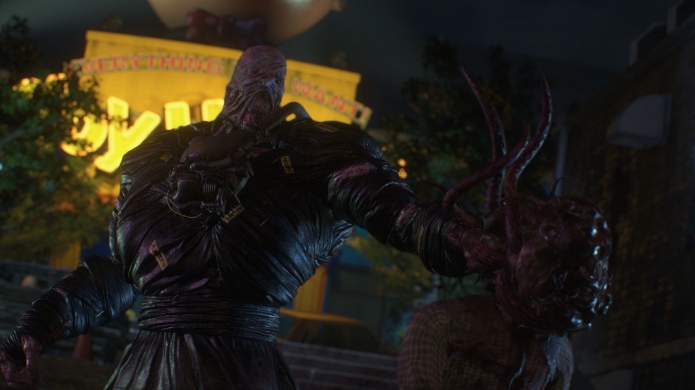 The story, which involves the sinister Umbrella corporation and mysterious figures conspiring to control bioweapons, with newer and nastier creatures thrown into the mix, has the same setup and setting as Resident Evil 2. Trying to get out of an overrun Raccoon City and stop Umbrella as Jill and new-to-the-scene secondary character Carlos Oliveira. But this time Mr. X is Mr. Nemesis; a huge Boss that’s also a constant threat throughout. Now, your take on Resident Evil 3 might vary if you’re fine with big spectacle being the focus. But, it’s hard to shake the feeling that most of the Nemesis encounters and big action beats highlight the limitations of the simple and somewhat dated classic Resident Evil design of the first few entries in the series.

With little to no interactivity within the gorgeous environments, the slow movement paired with trying to find enough ammunition to make it to the next Typewriter room just doesn’t translate to horde-style action sequences where you need to fend off waves of zombies and giant creatures. There’s a big one takes place in a Hospital entrance so there’s ammunition and grenades scattered throughout the environment you need to find and pick-up, making the sequence one of learning the layout through failure and repetition as much as it is about actual skill. There’s no ammunition box or large singular crate because small piecemeal collectibles are how the game works. 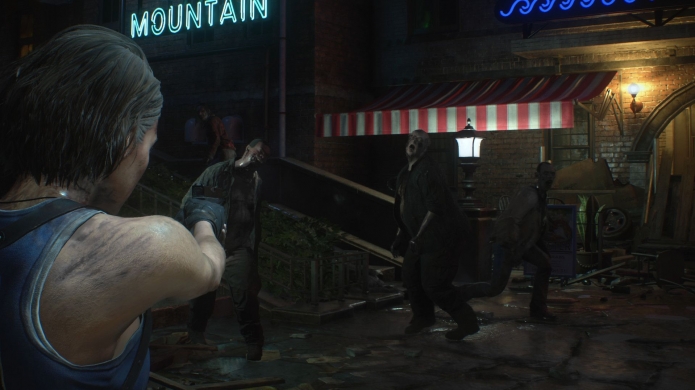 Even with the more action-friendly over-the-shoulder Resident Evil 4-style controls, as seen in the Resident Evil 2 remake, it still feels a little off. The thing is, learning the layout is one of the reasons Resident Evil and Resident Evil 2 stands out. Danger, surprise, horror, finding resources, figuring out where to go next, moving from room to room, all elements that complement and heighten the sparse but intense bursts of action and horror. Resident Evil can do action, as seen in the brilliant fourth entry, but what’s on offer here falls short outside of the impressive visuals.

“It’s hard to shake the feeling that most of the Nemesis encounters and big action beats highlight the limitations of the simple and somewhat dated classic Resident Evil design of the first few entries in the series."


Resident Evil 3 is, again, gorgeous – offering up some of the best HDR, lighting, and detail we’re likely to see this year. But this beauty only runs skin deep. And much like the undead hordes you find within; the skin slowly but surely falls apart as time goes on. As thrilling and tense as Nemesis encounters can be, the biggest moments are often relegated to real-time cut-scenes and sequences where very little outside of pressing a direction is required of the player. 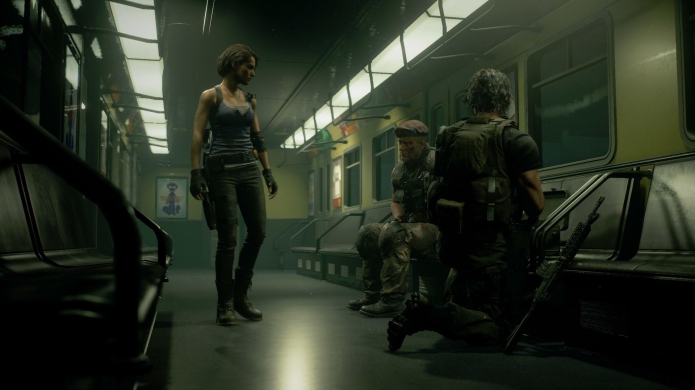 As much as one might bemoan Resident Evil 4’s use of quick-time events, the fact that playing Resident Evil 3 can make you pine for their return when all you’re doing is watching - is probably all you need to know. As a remake Resident Evil 3 is an impressive visual feat and another RE Engine showcase. It’s a shame then that the actual game portion wasn’t given the same overhaul.
Follow Us
Latest Reviews
More...
News Feed
Advertisement
Latest Threads
Log In
Create Account | Lost your password?