The original Q.U.B.E. began life as a student project back in 2009 by a group of three classmates without any programming or development experience. The project which eventually became a full release in 2011 was followed by a Director’s Cut in 2014 that added narrative elements and minor cinematic flourishes. The same three classmates went on to form Toxic Games, an indie UK studio where work on the sequel, Q.U.B.E. 2, commenced. Available now, it represents a more ambitious and narrative driven cinematic puzzle game than the first outing.

From the minimal and evocative visual aesthetic and the science fiction setting one might look at Q.U.B.E. 2 and conjure up the image of a Portal-like experience. Now, in terms of structure and presentation there is a sense that the team looked to Portal 2 for inspiration – but where the comparisons ring truest is in how well puzzle progression, in terms of complexity and difficulty, is handled. Q.U.B.E. 2 never fails to capture that feeling of accomplishment that comes from being completely perplexed one minute to figuring out a complex sequence of triggers and movements to reach a goal the next.

In Q.U.B.E. 2 players take on the Amelia Cross as she explores a mysterious and large alien structure after waking up. Before long she learns to uses her new manipulation gloves to solve increasingly complex puzzles to progress and figure out exactly what’s going on. First there’s creating green blocks you can ascend, then blue jump pads to bounce around, and finally orange platforms. It’s in switching between all three and creating almost Rube Goldberg machine-like sequences where Q.U.B.E. 2 truly comes into its own.

How it manages to do this is by limiting where exactly you can create a new coloured block. Each new puzzle room begins with a few clearly defined sign-posts, where you then begin to see exactly what you can manipulate and where and then follow a potential sequence of events in your head. Dropping a green block directly above a blue pad will send it hurtling forward to perhaps reach a pressure sensitive switch. One that will raise a staircase leading to an exit. 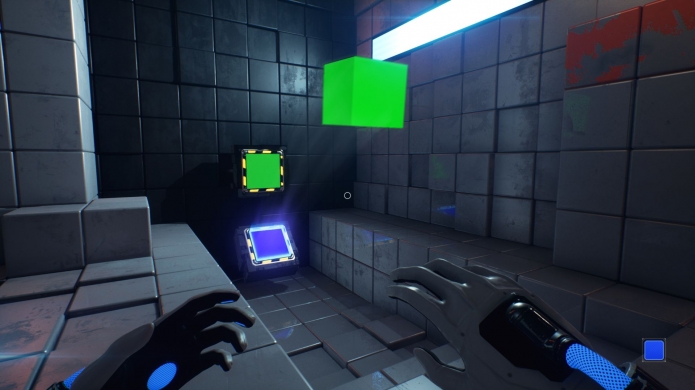 Initially simple, the restricted freedom means that there is usually only one way to complete a room – but as the complexity increases experimentation becomes key as more obstacles and elements are introduced. Like being able to manipulate multiple blocks of the same colour at once. And before long you’ll be covering blocks in oil only to set them on fire which will then slide down a ramp to set a platform on fire that will burn through a previously closed passage. Which probably is one of the simpler puzzles but highlights just how much variety there is in the design – that wisely builds on certain ideas before moving onto the next new and interesting thing.

There’s also a simplicity and ambiguity to the sci-fi premise to match the visual aesthetic. Where both serve to highlight and create a wonderful atmosphere for the excellent puzzles. The only place it really falters is when you get the sense that it’s simply cramming puzzle room after puzzle room in a few sequences that are essentially ‘activate the five power switches’ – which equates to five puzzle rooms you need to solve before moving onto the next story bit. This adversely affects the forward momentum of the narrative, which happens each time you ascend the large alien structure and then doing the same whilst exploring a strange new planet. 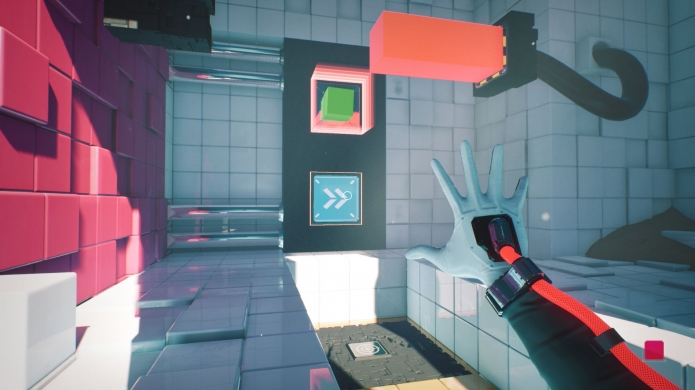 In the end the narrative isn’t quite as strong as the puzzle content found throughout, but nonetheless Q.U.B.E. 2 is an impressive entry in the test-chamber puzzle game subgenre first made popular by Valve’s Portal.
Follow Us
Latest Reviews
More...
News Feed
Advertisement
Latest Threads
Log In
Create Account | Lost your password?