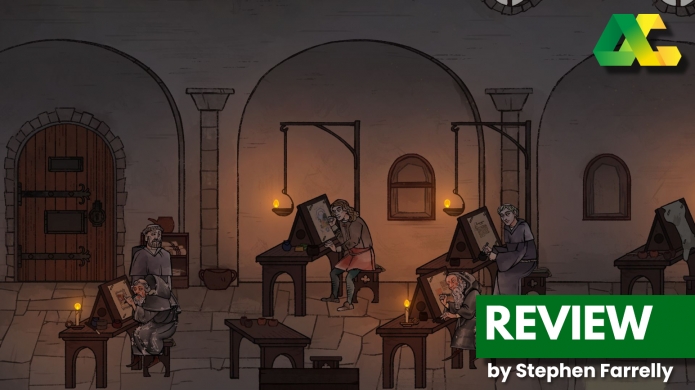 Slow burn doesn’t begin to describe Obsidian’s Pentiment -- a literary flex from within the walls of the studio through its main scribe, Josh Sawyer.

It’s a heady game with a surprisingly compelling story and cadence, but you do need to go into proceedings craving the company of a good, thick book. Because while videogame in presentation, interaction and even partial construction, Pentiment is very much a story, first and foremost, and interactive art second.

That said, what the game does with, well… the gaming side of the affair is impressive. This is a choice-driven narrative mystery that includes some staple RPG character creation elements (Obsidian’s bread and butter), that build off your chosen pillars for the game’s main character, Andreas Maler. At its heart, it’s also something of an old-school adventure game. But in isolation it’s almost a disservice to pick and pull at the game’s gamey parts. And I say that because Pentiment is very much its own thing that plays by its own strict set of abbey-like rules, and once you understand what those rules are and how it all plays out, Pentiment is a literary breath of fresh air. 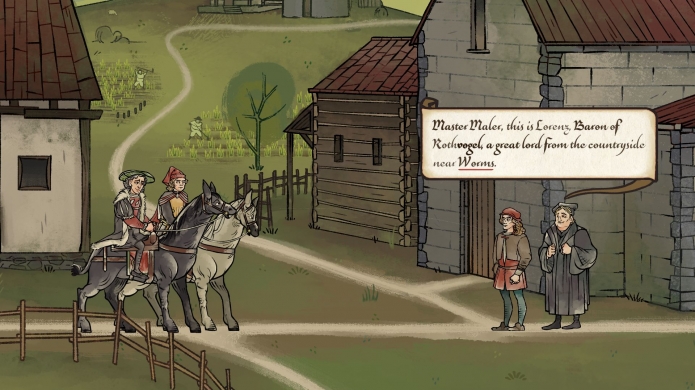 As Andreas Maler, you are a young artist working on manuscripts for the local abbey in the picturesque town of Tassing, Bavaria. Illumination, transcription and calligraphy are your main tasks, and it’s brought to light quickly that you’re currently working on your first masterpiece as you aspire to the role of master. Maler, you see, is not from Tassing -- a fact that helps in your sleuthing and evasion of Tassing’s small village norms throughout -- but is here to work at the abbey as part of a scholarly journey. It’s Maler’s goal to finish his masterpiece and return to Nurumberg where he’ll open his own workshop and look to settle down into a good Christian life.

Tassing, however, has other plans for our young penman.

"Its masters casting to-and-fro, as well, and all with a blind eye to one of the game’s key stakeholders -- God...”


A mystery is afoot. A murder-mystery, mind. And Maler’s (your) penchant for being nosey enough draws him (you) into a conspiratorial world that exists within the rather large shadow(s) of the abbey in which you work. Its masters casting to-and-fro, as well, and all with a blind eye to one of the game’s key stakeholders -- God. 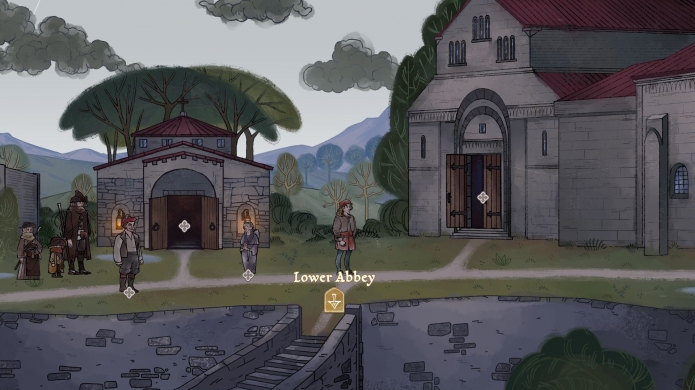 How Pentiment is presented is utterly, utterly unique. As this is a game that centres around manuscripts and a burgeoning world of science and art and a global connectedness, it also never fails to remind you of its Holy Roman Empire-led (and enforced) social setting. The 16th Century was still a time of men, in absolute power, and in this part of the world and at this time the word of the one, true God was sacrosanct. His divinity governed all, and only those who could divine the word of God sat in positions of power and influence. Women were treated as second class citizens; to serve only men.

"There’s a thoughtfulness to the construction of the meat of the whole game’s narrative in this way, which is in said dialogue, on the whole, and particularly in conversation...”


Pentiment isn’t afraid to write to this, but it does so in a way that highlights the basic injustice of it all, while also sharing the thoughts and frustrations of its many female characters through dialogue befitting the time, writ out of time. There’s a thoughtfulness to the construction of the meat of the whole game’s narrative in this way, which is in said dialogue, on the whole, and particularly in conversation. As alluded to above, you can influence conversations within the game by saying certain things which, when aligned with some of the background choices you’ve made for Maler (character creation-lite, remember), will net you different results. And much of this is presented in a fluid way -- there’s less structure to solving the game’s mystery as the goal might read on the box, as discerning, deducing and probing take place across all forms of communication in the game, whether it’s in consult about the nature of a banned book, why a certain door is locked or when you want to get to the bottom of a bit of juicy town gossip. 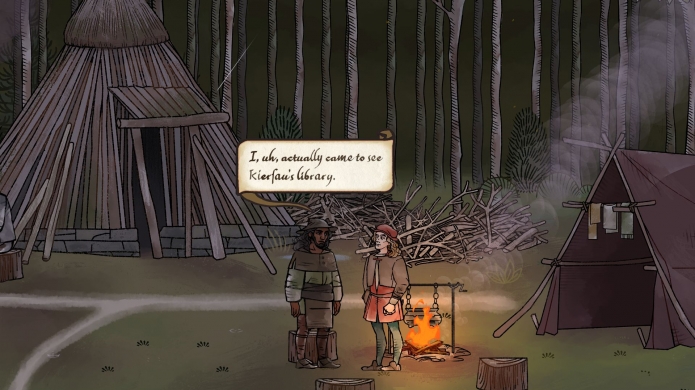 Fluid as an adjective can’t be applied in the same way to movement in the game, which is clunky and awkward, all at once. The game’s visual presentation is of a manuscript come to life, to a degree, and Maler and the townsfolks’ animations reflect this style, even in movement. It’s charming, but lacks a certain sense of flow I feel could have made the whole affair less rigid. It’s one among two of my main gripes with it all -- the second being the dour nature of its audio at times, which comes across as hollow and lacking in any sense of engagement or flair. This is most missed in the soundtrack department, or at least in its lack thereof. Amplified (heh) by an equally emptyish game-world that is mostly birds chirping, pigs chorting and people chattering.

"I think this was a missed opportunity to not only capitalise on some of the knowledge flex going on here, but to also sell us the period and place more...”


There’s a really nice touch when you speak with other characters, whose text displays as being written in real-time. Even the font or handwriting style here is done in a manner to give you a sense of that character’s personality. You can hear the pen nib scratch at the parchment and they’ll even make spelling and grammar errors that get fixed while you read. It’s cute, and one of the reasons I suspect there isn’t a persistent soundtrack that accompanies your movement through the game. But I think this was a missed opportunity to not only capitalise on some of the knowledge flex going on here, but to also sell us the period and place more. And the game is sort of long if you buy into its lore and history and want to know all of its characters, which makes that emptiness in audio really stand out. 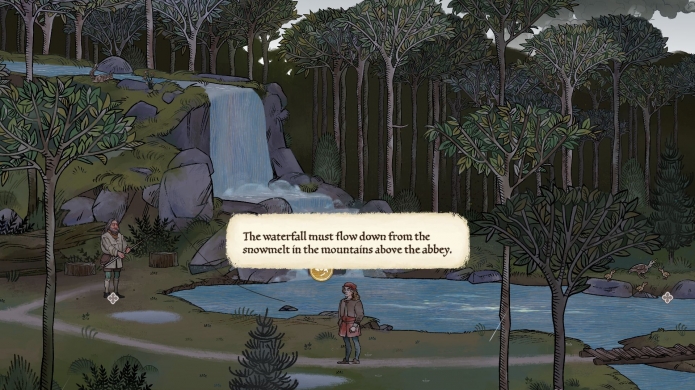 Byond those two gripes though, Pentiment really is something special. In many ways it’s the perfect Game Pass game; deep and engaging, unique to the point of niche, and very left-of-centre. Not needing to take a financial plunge on its allure then, without knowing if you really want to learn the ins and outs of abbey life as an artist in the 16th Century is a boon for the service and for punters curious for something… different.

And that’s what Pentiment is -- something different. You won’t play a game like it this year, or even from the past few years lest you dabble in the narrative adventure field, and even then Obsidian’s new opus is pretty distinct. Its writing is among the best I’ve experienced for this style of game, while the cadence of its unfurling mystery is such that the game draws you into its world ever so slightly, you’ll barely realise how deep you are into it before it snags you in its binding. Just go into it with an open mind and the desire to sink yourself into a good book, then let the game do the talking for you and strap yourself in for one of the year’s most unique offerings, and one of its best.