It's a sure sign of a solid platformer when deceptively simple core mechanics and basic controls result in hours of gameplay without feeling stale or repetitious. N++ achieves this splendidly. The triumph and accomplishment as you solve just ‘one more level’ of deadly physics and diabolical design is sublime and a heady swirl of emotion. Reinforcing the obsessive gameplay are instant restarts after death and virtually instantaneous level loading. Like a true platformer.

Now, I grew up in a time when the original Super Mario Bros. was my first true platformer. You know, that era when just about every game had actual platforms. But, time passes as they say. Games evolve, and now I find myself settling into a gaming routine with a preference for action-RPGs, the occasional FPS, but predominantly racing games. I likes what I knows, and I knows what I likes. Fast-paced twitchy platformers exist firmly outside my gaming sphere, a long lost part of history if you will.

Sensing a chance for potential hilarity (or perhaps it's just his natural cruelty) Kosta sought to burst my comfortable bubble and task me with reviewing N++. "For a change of pace." Joke's on you buddy. I had fun. Lots of fun.

Metanet first released N as a free Flash game on PC back in 2005. In 2008 they added a bunch of new levels and released it on the Xbox 360, imaginatively titled N+. And now, after more than 4 years in development, we have N++. Containing over 4300 levels designed by Metanet, thousands upon thousands of community created levels, and a superb and varied electro soundtrack. The graphics are elegantly simple and endearing. The changeable colour schemes can be beautifully soothing, deeply intriguing, or so eye-searingly lurid as to defy you to keep it on for more than a few seconds. Additional colour schemes (and ninja headbands!) can be "Funlocked" by completing certain levels. 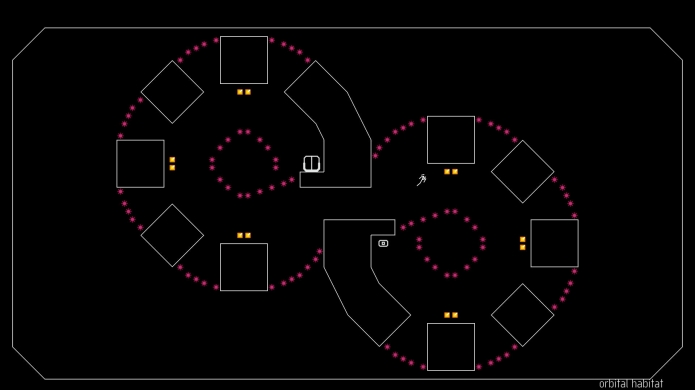 The objective for each single-screen level is to maneuver your stick-figure ninja to unlock the exit and escape. The controls are pure platformer in their simplicity. Left thumbstick or D-pad controls movement, A button jumps. The longer you hold A the higher the jump. Simple right? Not so fast. Mid-air flight can be directed and all movement is affected by inertia. Gravity sucks and physics is an unforgiving bitch. Hit the ground too hard? Dead. Hit the ceiling too hard? Dead. Wall-slide into a bomb? Yup, dead.

The least of your concerns is the time limit, extended by collecting gold pieces. Targeting lasers, static lasers, homing missiles, bombs, electricity traps, robots, and enemy ninja all exist for one reason. To watch you die in an explosion of pixely goodness.

Depending on the level's design you can intuitively find its rhythm and whizz through with relative ease. Other times (well, most of the time) finding the path of certainty through the hallucinatory madness that nets the greatest number of gold pieces while avoiding an excruciating death is an exercise that can leave you staring at the screen for long lengths of time. 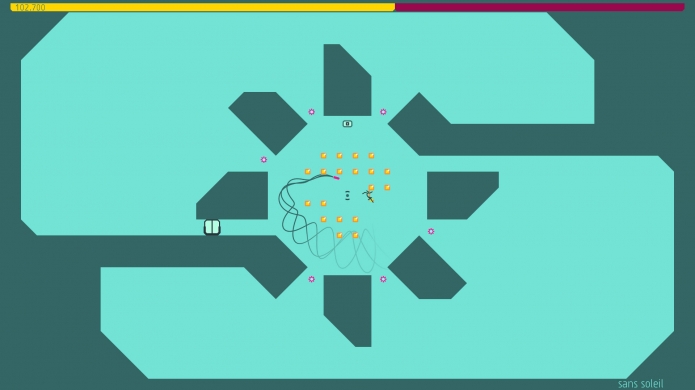 As with all good platformers N++ starts out simple. Clever new mechanics and glorious new ways to die are gradually introduced as the game begins to ramp up the difficulty and complexity of each level. Before long your ninja is wall-sliding and dodging lasers like a boss. Then the homing missiles are launched and suddenly your ego is left weeping in a corner as you try desperately to figure a way out of this new insanity.

Death is swift and occurs frequently. So often in fact there are ten Xbox achievements related to death and dying. Not sure I'm proud to admit it, but I unlocked an achievement for dying 100 times within the first hour or so of gameplay. I expect I'll see the Die 1000 Times achievement popping up pretty damn soon. After my new controller arrives to replace the one with the snapped thumbstick. Oh, and the new TV should be here soon too. The old one still has my spare controller embedded in it.

For now I am content to sit back and gaze at N++'s main menu, where the beats are tight and level after random level is unsuccessfully played out in the background. I can happily watch someone else failing at N++ for hours. I'm sure the neighbours don't appreciate the preponderance of bass issuing from my apartment, but they can take some consolation from the fact I've ceased screaming profanities every few seconds. Until I press that button, and start the process all over again.
Latest Comments
No comments currently exist. Be the first to comment!
Commenting has been locked for this item.
Follow Us
Latest Reviews
More...
News Feed
Advertisement
Latest Threads
Log In
Create Account | Lost your password?