It's hard to believe that it's been 10 years since I suited up (like some some sort of cosmonaut) to go “take care of a cockroach up on 12”. I can vividly recall loving Terminal Reality's attempt to wrangle the spirit – nay the ectoplasmic essence – of an '80s cinema classic. Ghostbusters. What they ended up trapping for their interactive companion piece was great, and bustin' made me feel good.

That said, I've been curious to see if a remaster would reveal that I've been blinded by nostalgia for the last decade. Have I been wearing Egon-esque rose-slimed glasses?

You know what? I think this still stands up. Over the decades there have been very few movie companion-games that truly do their source material justice. This “third movie we never got” is pretty darn exemplary. (For those of you curious at home, I rate it alongside Alien Isolation, The Chronicles of Riddick: Escape From Butcher Bay and Telltale's Back to the Future.) 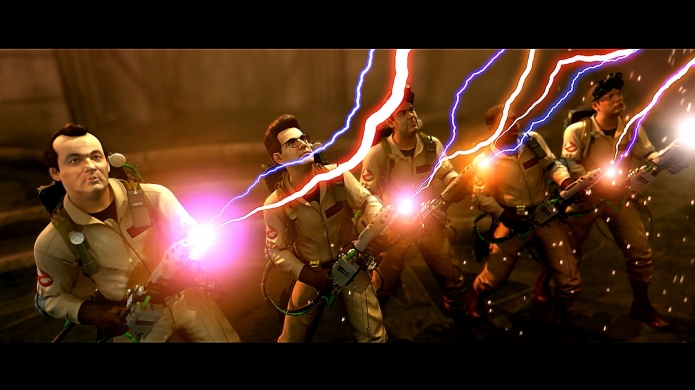 The sad fact of gaming is that some mechanics age badly, and all the upscaling and anti-aliasing in the world just can't fix the way a game animates and feels through your controller. We'll get to all that in a second. For now, I'd simply recommend that any prospective buyer really ought to have their priorities tuned to 'authenticity' with this, above all other factors. With that mindset, I think any reasonable person with a passing interest of the 1984 Ghostbusters film will get more than their monies worth out of this.

Forget the incredibly divisive Paul Feig reboot that Ghostbusters creator Dan Akroyd clearly wasn't ecstatic about. What we have here is a 1991 continuation of the old bustin’ universe, as lovingly penned by Akroyd and Harold Ramis. Furthermore, this game features basically every memorable character you knew from the 1984 original film, as voiced by the actors that made them famous. Hell, the mid-mission moments are filled with incidental secretary banter from Janine “we got onnnne” Melnitz. Not to mention an answering machine chock full of threats from Walter “this man has no dick” Peck.

And that's just the beginning really, as clearly Terminal Reality was a development studio packed full of fans. Take the plot: early into the game you'll revisit the infamous Sedgewick Hotel – the very first freelance job undertaken by the team. Of course, cool new “ghostworld” metamorphosis moments keep these old locales feeling fresh, but it's the same nostalgic deal when you take a trip to the New York Public library, and a host of other locales. 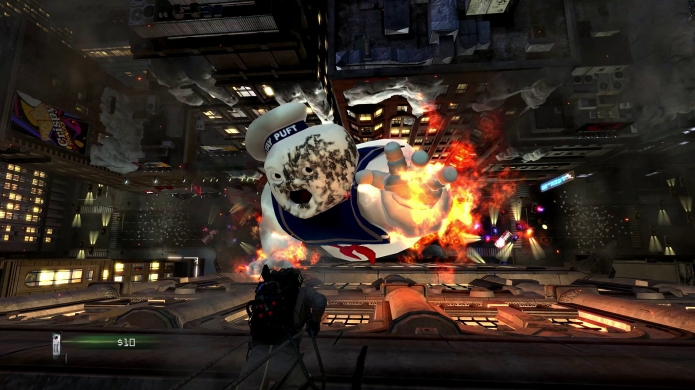 As you progress through these (literal) old haunts, your ever-growing Tobin Spirit guide will fill up with amusing folklore, collectables and ghost hunting tactics. The moments when you go full Gozer and explore cross-dimensionally are particularly cool and challenging, too. Many of you noobs, Shubs and Zuuls will know what it is to be roasted in the depths of a Sloar someday, I can tell you.

“What we have here is a 1991 continuation of the old bustin’ universe, as lovingly penned by Dan Akroyd and Harold Ramis.”


The good news continues when you consider that the gameplay in this has remained fairly unique over time. Because yeah – you just don't see too many third-person shooters fused with fishing sims and slime mechanics nowadays. Much like swinging Indy's whip or lopping arms off with a lightsaber, getting the chance to go full-stream with the iconic proton pack never, ever gets old.

The basic gameplay loop here is to weaken a spook with concentrated fire and then wrangle it into position with a dedicated capture stream and slam function. Once that slimeball is on the ropes, slide out a trap and do a bit more stream shimmying to get them down into it. The pyrotechnics and ghoul shrieks are on point. 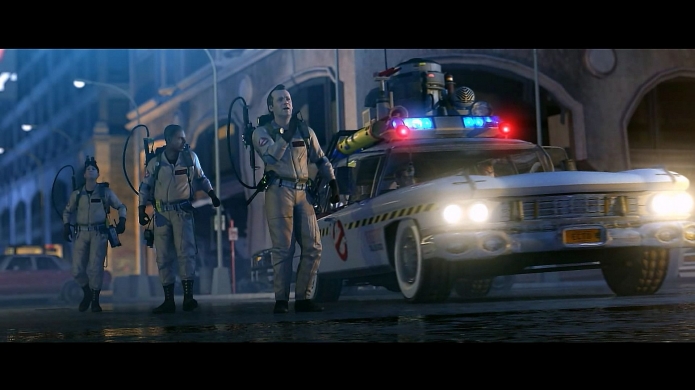 Sadly, deliberately crossing your stream with an AI companion's doesn't result in a full protonic reversal, though. In a perfect, brutal world, this could have been emulated via a permanent save file deletion.

Looking beyond that, the basic capture schtick makes for solid fun and new wrinkles are constantly added in the form of extra proton pack functions. The general idea is that these upgrades have been modeled on the popular weapon archetypes of other third person shooters. Spread-fire shotgun thing, rocket launcher burst doodad, and so on.

Obviously, these become tied to a host of weird and wacky new enemy types that are more often than not reanimated chunks of the spooky physical environment you're in. For me, the only one that comes close to being as cool as the default proton beam is the slime thrower. You can use it to hose away caustic environmental barriers, hilariously coat Venkman, or sling it in a secondary “snot line” function to solve the odd physics puzzle. 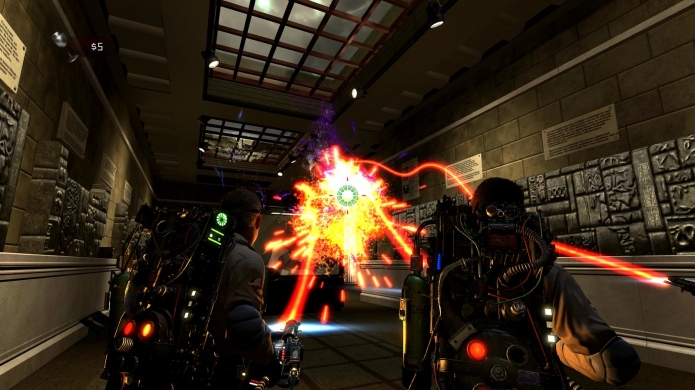 Speaking of which, while the enhanced textures/lighting and a bump up to 4K is expected and appreciated, physics and level geometry are where this remaster shows its age. Destroying the levels with wanton abandon is basically in your best interests here – the mayor has an insane insurance policy that effectively fills your Ghostbusters coffers with money for purchasable upgrades. That said, what passed for decent and fun destructibility in 2009 (think: being able to draw dicks on the walls with your stream) isn't as amusing now. It's unimpressive to the point of, well, becoming a chore.

“Sadly, deliberately crossing your stream with an AI companion's doesn't result in a full protonic reversal.”


It also has to be said that I noticed a few eye-opening moments that suggest this remaster hasn't been optimised to the highest of standards. For starters, the audio levels between in-game action and cutscene moments are insanely out of whack – the first thing you should do is dial down “movies” 6 notches in the options. However, it has to be said that the original mid-mission cutscene files have been re-rendered beautifully - which can often be the worst visual element of any remaster. 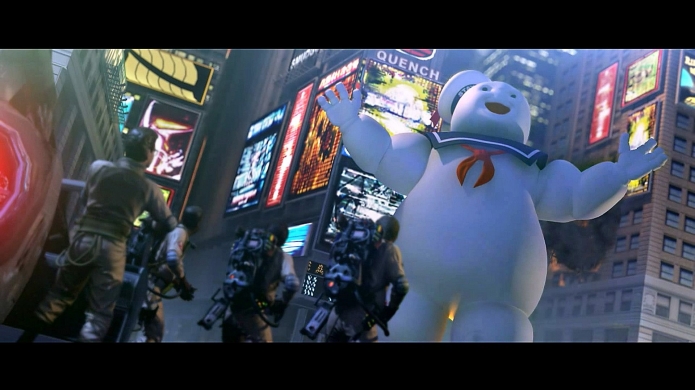 Mind you, there's also this eyesore frame hitch on the main menu that boggles the mind. Basically, it has AI traffic hitching to buggery as an endless stream of taxi cabs pass by the Ghostbusters firehouse. Who the hell doesn't catch something like that during testing? It's a one off, but yeah, it's clear that all the love present in this production is simply a holdover from the GB-obsessed original developers. Not the folks roped into updating it.

That being said, so much of Terminal Reality's love shines through, even though this isn't a mind-blowing remastered effort. Don't eye this in the store and zip into your Ghostbusters overalls expecting a super sexy visual transformation – like bookish Dana Barrett to the siren-like Gatekeeper. You instead should power on your pack with the knowledge that this game is just oozing authenticity like an open New York City sewer does “bad mood slime”.