Fire Emblem has always been a bit of a niche series, after all it wasn’t until the seventh game that it finally got a worldwide release from Nintendo. And really, it was probably Super Smash Bros. Melee on the Nintendo GameCube that got people to take stock and ask the age-old question – who’s Marth? Published by Nintendo, and by no fault of them, it’s not hard to see why and how all the above is true.

Fire Emblem is high-fantasy, turn-based, tactical, strategic, and RPG-like. Grand storytelling with presentation not dissimilar to that of an interactive storybook. The latter being more out of necessity, with the series adopting hand-drawn stills and walls of text to tell intricate and engaging tales of royalty, forgotten kingdoms, betrayal, and lost memory - on a budget. Outside of a passing similarity to the Advance Wars series, Fire Emblem is quite unlike any game or franchise that people normally associate with Nintendo. 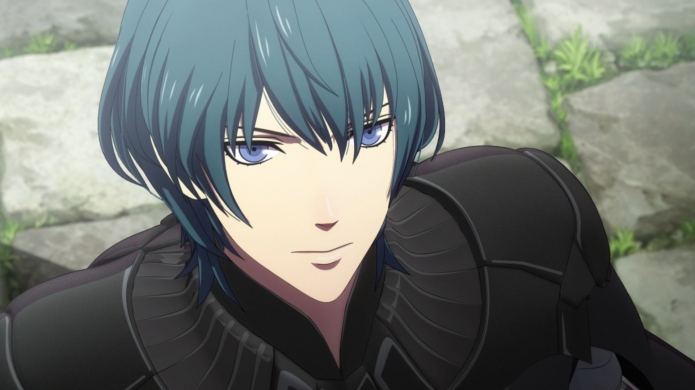 Or other RPGs that implement a party or group system. In Fire Emblem a character who dies in battle, dies. And doesn’t wake up, after the last enemy falls, in a field. Scratching their head, ready to move on. They’re gone for good and the story continues.

“Fire Emblem is high-fantasy, turn-based, tactical, strategic, and RPG-like. Grand storytelling with presentation not dissimilar to that of an interactive storybook.”


Fire Emblem: Three Houses, the latest in the long-running series, once again adopts the Final Fantasy approach of telling a brand-new story in a brand-new setting. One that is still high fantasy and still full of intrigue, betrayal, and cataclysmic events. But Three Houses presents a very different and far more involved undertaking from developer Intelligent Systems. For one the large cast of characters and the many hours of interactions, discussions, and story sequences are fully voiced and animated via hand-drawn and impressive anime-style sequences or in-engine cut-scenes. 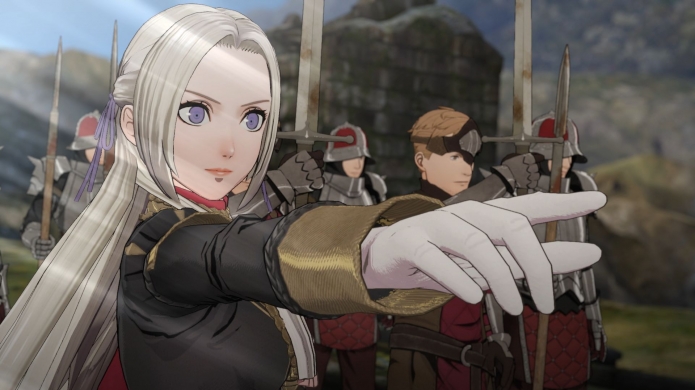 And it’s this framework that, for fans at least, will take the most to get used to. After the obligatory introductory sequence and battle against a band of thieves up to no-good thievin’ the main protagonist (you) ends up at a school. From there, as the mysterious figure, you get to choose one of three houses to become The Professor of. All of this is explained, sort of. Well, you are a mysterious figure.

Anyway, each house has its own students, and with these students you’ll embark on story missions. But these missions will occur on a specific date – like an excursion to the Zoo or a visit to Scienceworks marked on a calendar. Outside of this main story stuff you’ll be setting lesson plans, exploring school grounds, training, building and developing your relationships with students, fellow faculty members, and the high priestess who’s in charge of things. Plus, silly activities like fishing and returning lost items that are essentially scattered everywhere. You’ll also complete side quests out in the field, developing skills and weapon proficiency; all while watching the days, weeks, months, and seasons go by. 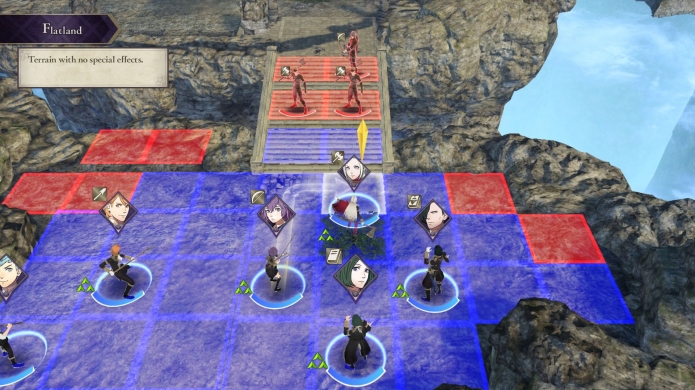 Where Fire Emblem: Three Houses excels is with just how well most of these elements feel like an extension of the strategic turn-based stuff that drives each mission. Deciding on a study plan for a student essentially locks them into a class, skill-set, or weapon choice. Newer more powerful versions of which unlock after they complete and get a passing grade on an exam. They may even approach your desk in a real-time cut-scene set in a classroom and discuss potential alterations in their studies. Should they also begin to study sword use on top of being able to wield a bow?

“Where Fire Emblem: Three Houses excels is with just how well most of these [School] elements feel like an extension of the strategic turn-based stuff that drives each mission.”


Throw in relationship development between you and each of your students and your students with each other, determined by how well they work together on a battlefield, and Three Houses quickly settles into a very pleasant rhythm. Curriculum and mystery. Classroom banter and fighting huge monsters. Lunch at the cafeteria with a couple of students you’ve grown close to and then talking to a god who seems to be part of you. A god that might know what it is about you that makes you so special and powerful. 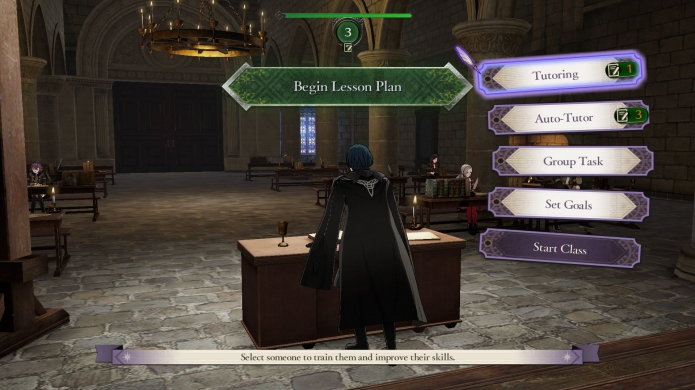 Where Three Houses falters though is with its overall pacing. If you’re the type that played Mass Effect and then in-between each main mission made sure you talked to each one of your crew members on the Normandy – well, prepare for bloat. Although the writing is mostly solid and up to par with what you’d find in a well-made JRPG, many of the characters are simple archetypes. There’s the shy one, the brash one, the rich lord who just wants to be taken seriously, the brooding magic user. And so on. The question then becomes, do each of these characters need extended and rudimentary development? And does this lessen the relationships that feel more fleshed out, dramatic, and even emotional.

In Fire Emblem: Three Houses the first part of the story, which leads up to the first big dramatic changing of the guard so to speak, takes up to 30 hours to complete. In a multi-part epic that spans years.

It’s a feeling that also bleeds into the combat – which is classic Fire Emblem and still very rewarding. As a fully voiced and animated grand fantasy epic Three Houses offers up the choice to play with or without the series infamous permadeath in addition to choosing to play it, well, on easy. Which strangely, is the normal mode. Anything outside of the harder mode and permadeath, dubbed ‘Classic’, feels too simple and due to the sheer length of the game and the ability to keep taking on side-battles to level-up your abilities – pointless. 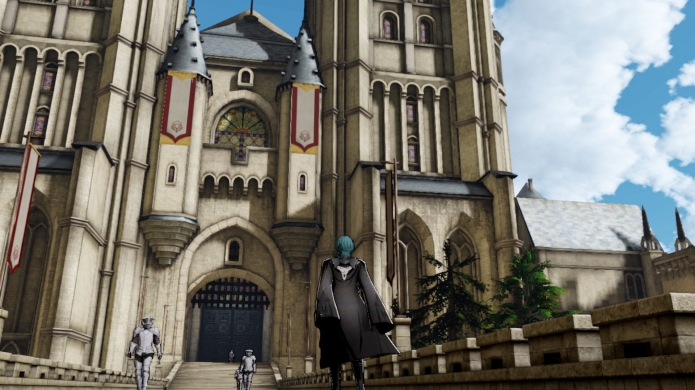 And it’s here in the battles where Three Houses plays it the safest, offering very little in the way of new mechanics. Certain weapons and spells work better against others, as each student and character begins to take on the role of a piece on a chessboard. Adhering to a formula now set in stone, with a few variations on a theme. But with a presentation and style that feels fresh and new.

“If you’re the type that played Mass Effect and then in-between each main mission made sure you talked to each one of your crew members on the Normandy – well, prepare for bloat.”


It is strange to talk about pacing and bloat and a slow-moving plot when the turn-based battles are built on a foundation of ‘taking your time to make the right move’. But in adding so much and painting on such a large canvas, it’s hard not to eventually feel a little lost or stuck in Fire Emblem: Three Houses. Like a student sitting at the back of classroom, watching the clock, wondering just why this hour-long lecture is beginning to feel like an eternity.
Latest Comments
No comments currently exist. Be the first to comment!
Commenting has been locked for this item.
Follow Us
Latest Reviews
More...
News Feed
Advertisement
Latest Threads
Log In
Create Account | Lost your password?