It’s interesting that it’s taken until now, in an age of super-consoles and high-end PCs, for an anime series from the 90s to really feel like it’s getting its visual just desserts in the realm of videogames. But that’s the case of Dragon Ball FighterZ, a fighting game set in and around the Dragon Ball Z universe, featuring multiple characters doing what they were originally created to do -- fight.

With the help of Arc System Works (BlazBlue, Guilty Gear), Dragon Ball FighterZ has come to gloriously-animated life, and playing the game on my 65” Curved Samsung QLED Q8C 4K and HDR screen helps this thing pop like nothing else. From afar (read: without playing), it might just look and seem like this fighter is a Hyper-Hyper: Super-Hyper-FighterZ affair, but there’s a surprising amount of depth here, without the game ever throwing you too deeply into, well, the deep end. 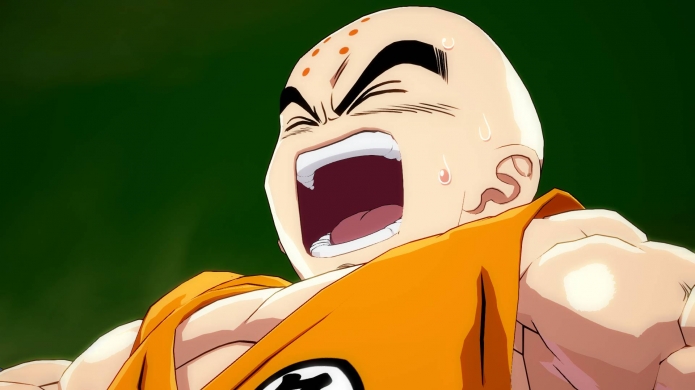 Moreover, it has an interesting UI in that it’s more or less an interactive game hub from which you manage your characters and roster, purchase in-game (with in-game currency) items and partake in its myriad modes. The whole thing is pleasantly presented (alliteration) and is easy to get to grips with.

The bones of Dragon Ball FighterZ is in its campaign, which has an interesting play structure, centred awkwardly around a story that makes little-to-no real sense, but manages to not only bring most DBZ characters into the fray, but also contextually have multiple versions of the same characters fighting. Not that fighting games ever really need a story, and in this instance the characters are well-represented from the core anime and manga (so the diehard DBZ fans can expect a decent level of character-delivery), but largely it’s forgettable.

However, how you play the campaign is pretty fun. Essentially you have a Chapters-based map system. In each map, your represented avatar has a number of movements it can make. Different sections of the map have different pathways, and scattered along each adjoining pathway is either an empty ‘square’, or a square with a battle on it. How you go about choosing your battles on each map is up to you (so if you’re confident, you can just go straight for a map’s boss to move on, for example). 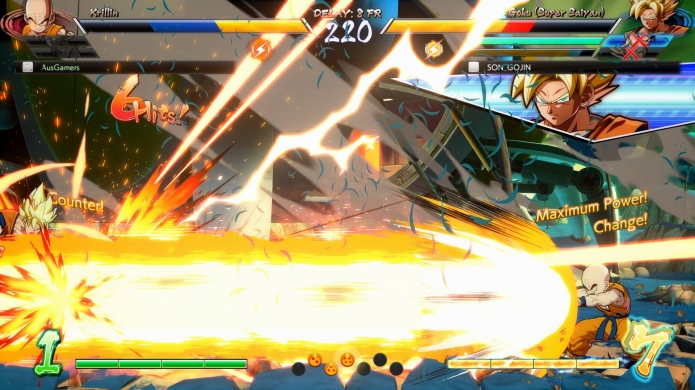 There are tutorial missions, rescue missions (to expand your roster and the game’s ‘story’), regular fights, random high-level battles and the aforementioned boss battles. You earn XP to level up as well as Player Skills at various levels. So, as you progress you can earn, say, an XP boost skill which when applied to your Active Skills (you can only have three at a time) will give you more XP from each fight. And there are numerous versions of these buffs allowing for a number of different combinations to compliment your team of three active characters.

The three on three fighting system has also been complimented here by a shared input system, with dynamic outcomes based on characters. What this means is DBFZ doesn’t require players to specifically learn different inputs in the way you would with, say, Ryu or Ken versus E. Honda or Blanka, as you would in Street Fighter. Instead, shared combo inputs, specials and more are all the same button presses, with different actions applicable to that character. So, essentially, your muscle (input) memory remains the same, what is different is what action each character does with the same input. This means the game follows the mantra of easy to learn, difficult to master.

Additionally, and pulling from the manga and anime, is the power tier system -- or Ki. Basically, players have the ability to build their Ki to seven levels (with various moves costing Ki), allowing for the over-the-top specials and team-based attacks you’ll eventually build to learning. On top of this is the Dragon Balls system, where performing a few different challenges within a match allows you to call upon Shenron who can grant you an in-battle wish, however, this can also pose as a distraction for players given the difficulty of performing the required actions (especially against human players), thus creating a window against you, if that becomes your focus.

Largely though, Dragon Ball FighterZ’s input system and balance between characters is very good. Where it falls apart is in stability in online matches, but that also has fault here in Australia because our Internet is pretty terrible, and thankfully the devs are aware of this. So while they can’t control our connections, they can do the next-best thing and keep us up-to-date with what we’re up against. One of the cool aspects of PvP in Dragon Ball FighterZ is your frame data that displays based on your connection. This is more or less a function for the more hardcore players out there, and I don’t foresee too many top Aussie fighting game peeps running away from this because of its connection, rather I foresee them utilising the frame data component as a means to stay relevant and competitive in the scene, despite our deplorable Internet situation.

For the less serious players out there though, DBFZ also has an Arcade mode that follows a snake ladder system where battles are concerned, along with other modes of merit (spending time in this area of the game is dangerously addictive, actually) while a Local Versus mode is par for the fighting game course for every loung room, and doesn’t fail to deliver. The earlier-mentioned in-game currency is always being earned, which you then spend on randomised prizes that let you customise your game hub avatar. There’s no ‘pay to win’ or anything like that -- it’s all cosmetic, but because of the breadth of the DBZ universe, there’s a lot to unlock and play with. And even if you’re not specifically a Dragon Ball fan, you’re still bound to find a combination of things that will suit you. 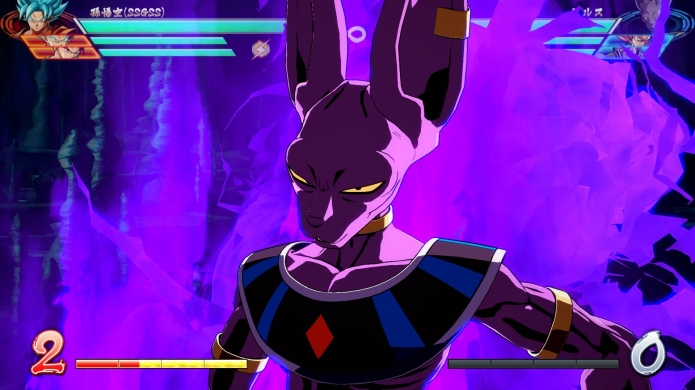 And while this review is somewhat belated against the game’s original release date, it’s no less important as Dragon Ball FighterZ also features post-release content, with this write-up joining the first such update with Broly and Bardock joining the game’s extensive character roster (they’re the first of eight planned roster additions). Which leaves this verdict at a relatively high position. Polished, fast, over-the-top and most of all fun, Dragon Ball FighterZ is a fighting game worth more than just a passing glance. Its lengthy campaign alone will keep you glued to the action for a while, but its other gameplay options and Dragon Ball universe depth make it something of a must own -- whether your DBZ fan alumni, or fighting game guru. One of the year’s excellent fighting game releases.