A fascination and love for the 1980s, especially the era depicted in the movies produced or directed by Steven Spielberg (see: E.T. The Extra Terrestrial, The Goonies, and Back to the Future) can be seen throughout pop culture. From the hit Netflix series Stranger Things to successful novels like Ready Player One. Crossing Souls from Devolver Digital and developer Fourattic wears this inspiration on its sleeve, going so far as to pack the experience with references and nods to the aforementioned films, classic videogames, and the general vibe of this specific vision of the go-go ‘80s. But beneath the layer of nostalgia and synth music lies an engaging and often earnest story about friendship, loss, and the passage of time. 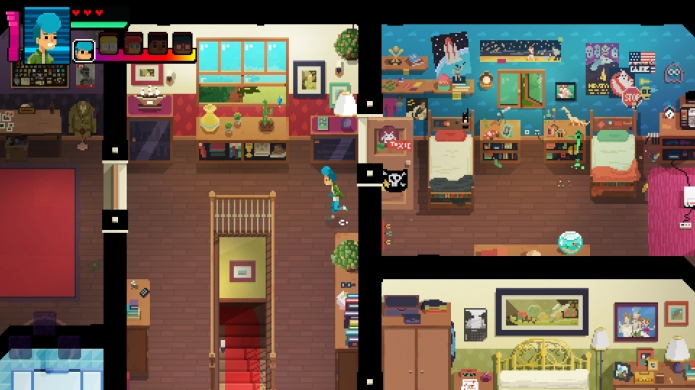 Set in the American suburbs of 1986 the story follows five friends as their lives are turned upside down the day after a major storm, where they discover a mysterious artefact in the middle of the woods. In the grasp of a corpse no less. Like the movies it references quite liberally, Crossing Souls is a larger than life tale filled with supernatural mystery, action, and adventure. But also, a grounded one. Case in point the story begins on the morning of the discovery as main kid Chris wakes up to find his brother seemingly missing. From there we get to see his nostalgia-filled room, typical loving suburban parents, and then rag-tag group of friends as he assembles the gang to head out into the woods.

Even if you’re only passingly familiar with the many works that Crossing Souls references, there’s a sense of familiarity and comfort to be found with the opening parts of the story. The stakes are low, with the emphasis instead placed on exploring the neighbourhood, venturing into town, and catching up with friends. From the kid scientist whose parents are also scientists, to the trailer-dwelling girl with an alcoholic father, and the son of a hard-working retailer. Each character has their own personality and traits which become apparent during the many moments you can swap them out depending on the obstacle. 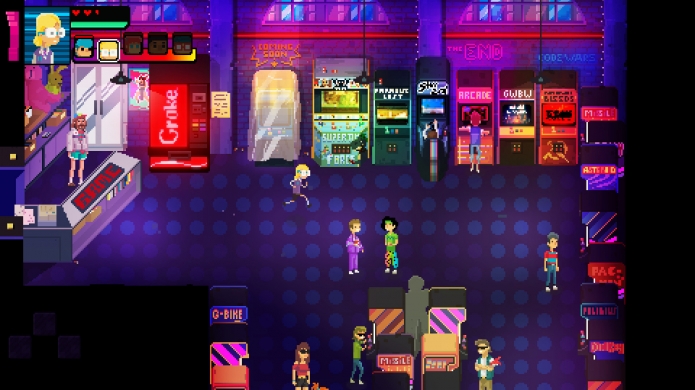 The often-impressive pixel-art of Crossing Souls suits the setting perfectly, as does the music which evokes John Williams-style orchestration and ‘80s synth workouts. There’s a level of care and attention placed on the story that is, well, refreshing. Even when the references feel forced and the dialogue gets a little clumsy. The story drives just about everything in Crossing Souls, dictating action, with pacing that evokes the adventure and wonder of the classic films that clearly inspired it. From sneaking into a mysterious government facility to save a friend to escaping the authorities on a BMX. Sure, realism might be thrown out the window, but in the context of a heartfelt ‘80s kid adventure Crossing Souls pretty much nails it.

That being said, the game portion of the experience falters a bit. With traditional platforming, Zelda-like puzzle solving, chase sequences, and boss fights mimicking the look and feel of the 16-bit era. Almost to the point where the game portion feels like padding and overly difficult for all the wrong reasons. At times. Crossing Souls is still a competent game to play, with plenty of fun moments and engaging puzzles that involve you switching from kid-to-kid to try and work out what to do next. But after a few hours, which for a narrative-driven pixel-art game Crossing Souls is surprisingly lengthy, the mechanics begin to feel repetitive. In a way that the story doesn’t. 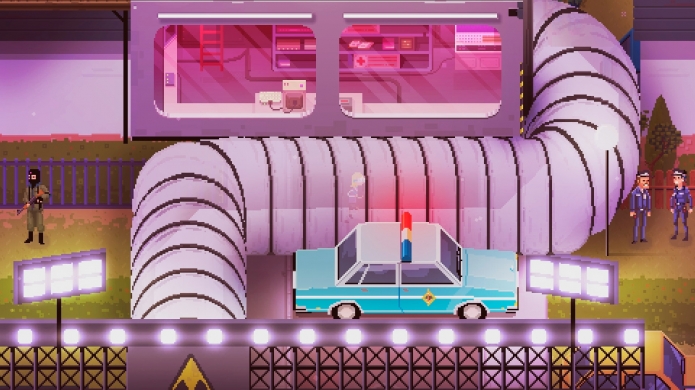 In that sense Crossing Souls is a little scrappy, rough around the edges. But at its core it tells a great story. An adventure filled with twists and turns and well-earned moments of introspection and emotion. The fact that it nails this part of its inspiration, that being the Spielberg-like vision of the 1980s, make it a success. Adventure, action, and friendship drive the experience, which make its short comings far less visible than its bedrooms filled with posters for films like Ghostbusters. In the end we love that Crossing Souls isn’t merely a compendium of references to things like Back to the Future and Poltergeist. There’s definite substance below the shiny neon ‘80s surface.
Latest Comments
No comments currently exist. Be the first to comment!
Commenting has been locked for this item.
Follow Us
Latest Reviews
More...
News Feed
Advertisement
Latest Threads
Log In
Create Account | Lost your password? 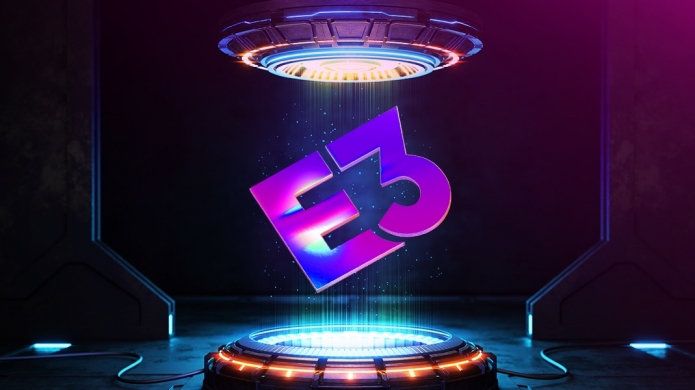