After battling it out in the present and then heading back to the Cold War era, it felt like a bit of a misstep for Call of Duty to take things all the way back to World War II – at least on paper. Yet Sledgehammer Games’ latest crack at the long-running franchise, Call of Duty: Vanguard, is the developer’s best.

With a campaign that packs some of the best CoD moments in years and a multiplayer suite that reworks rather than reinvents, Vanguard feels like a step in the right direction. For both the studio at the helm and the series as an FPS stalwart. It’s a shame then that the Zombies mode is as barebones as it comes. More on that later.

Vanguard’s campaign is a great ride, but it’s one that’s as short and sweet as they come. Packed to the brim with blockbuster action sequences and a couple of well-crafted stealth-directed missions, the campaign focuses on four specialists and their mission to track down Project Phoenix – a Nazi program that could potentially swing the pendulum back in the Axis’ favour.

With a campaign that packs some of the best CoD moments in years and a multiplayer suite that reworks rather than reinvents, Vanguard feels like a step in the right direction.


Capping in at around five hours, you play through two missions as each specialist. Each has their own background that contributed to their selection for the top secret operation, with the campaign taking you through a range of battles fought throughout World War II in the eyes of these characters.

Battles span across the Pacific theatre in the Battle of Midway to the deserted streets of Stalingrad, and the mission variety is as diverse as the locales. Sledgehammer has done a fine job in carving out interesting backstories for each of the specialists you play as throughout the campaign, too, and I liked how even if the focus was what you’d call classic Call of Duty shoot-all-the-bad-guys-and-move-on action, it all clicked. 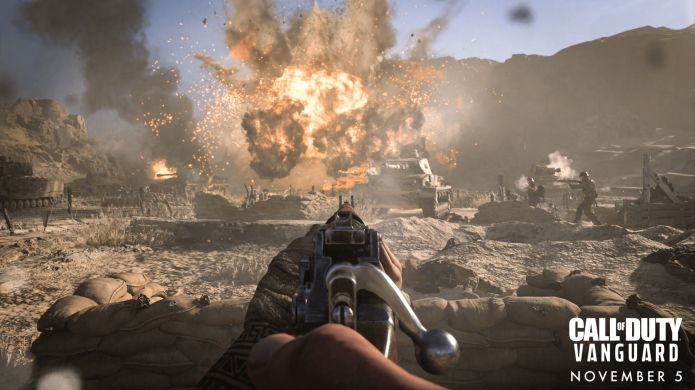 Each specialist’s ability changes up the gameplay enough for it not to feel too stale. Polina Patrova, inspired by the real-life Lady Death, Lyudmila Pavlichenko, has nimble movement and can duck and weave quickly under tables and grates, for instance. Lucas Riggs, on the other hand, is an Aussie demolition expert and can see the trajectory of equipment throws while being able to carry up to four types of lethal equipment at once.

Each mission is designed around championing these special abilities, and I genuinely liked how they spiced up the sort of general gunplay we’ve seen across previous Call of Duty campaigns.

I do wish Sledgehammer had dug a little deeper into each character’s motivations and played around more with the idea of what a personal Call of Duty campaign could be. There’s so much potential behind each of the main characters that it feels like a genuine disservice to have such a limited runtime. Especially considering that in all likelihood we'll never see this mob again.

That said, Vanguard’s multiplayer is where this year’s entry really shines. Packed with maps (20 at launch) to play through and memorise, a litany of new and returning modes and a renewed focus on customisation and progression. Yeah, Call of Duty’s base multiplayer suite has never been so good.

Vanguard’s multiplayer is where this year’s entry really shines. Packed with maps (20 at launch) to play through and memorise, a litany of new and returning modes and a renewed focus on customisation and progression.


Speaking of good things, Vanguard’s King of the Hill-styled Patrol mode is one of the best new multiplayer modes to hit a Call of Duty game in a while. Constantly forcing players to move, Patrol has an ever-shifting zone that slowly makes its way around the map, with a team accumulating points while players are within the zone. It’s best described as a moving King of the Hill, and it’s an absolute joy to play.

It’s been a minute since I’ve actively ventured out from my well-loved trio of multiplayer modes -- Team Deathmatch, Domination and Kill Confirmed – yet the most fun I’ve had in Vanguard’s multiplayer so far was when I’ve been playing Patrol. It promotes strong team play while also calling on quick reactions and reflexes – the essential staples of Call of Duty.

Patrol becomes even more chaotic when playing on the Blitz combat pacing setting. In an interesting change in this year’s entry, Vanguard has three settings you can select from in terms of a mode’s combat pacing – Standard, Assault and Blitz. Each mode changes the player count on the map, with Assault adding a few extra players in and Blitz stacking teams with as many more as possible. This can ultimately lead to up to 48 players on a map at one time, inevitably pushing the match into pure chaos. It’s a bit like Ground War in previous entries without map sizes changing.

In the game’s smaller maps, like the excellent Dome and Das Haus, the Blitz combat pacing option makes for proper anarchy, where 60+ kill counts become the norm. Going into these matches I thought I’d hate the number of players running across the map, but to my surprise I genuinely enjoyed the chaotic mess of it all. There’s very little time to readjust after being killed and you’re effectively thrown right back into the action. I liked this variation so much I found myself becoming a bit bored when I was matched into games with the Standard combat variation.

Champions Hill, the other new mode introduced in Vanguard, is more of a mixed bag than Patrol. Accessible through duos and trios, players are thrown into small maps with a bit of cash to spend on more lives, streaks and perks. From there, it’s all about keeping lives and eliminating other teams quickly and efficiently. If you win the round, you’ll earn cash to spend on loadouts to take into the next round. Think of it a bit as a deathmatch round-robin, and that’ll paint a decent picture of what to expect. While it does offer more variety to the game’s multiplayer, it was something that I found myself moving on from. 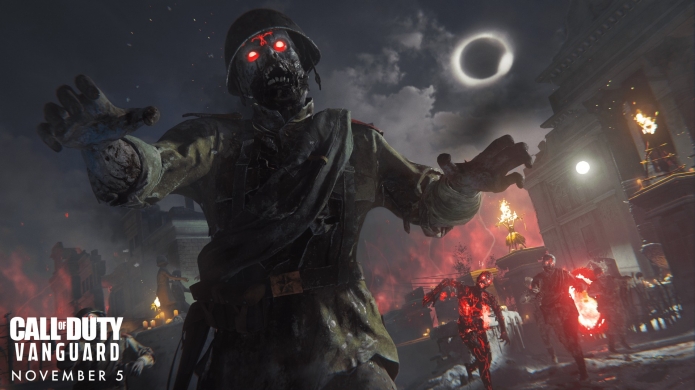 Okay, so let’s get to it. Call of Duty Vanguard Zombies isn’t all that great. Der Anfang, the Zombies map from Treyarch that launches with Vanguard, is underwhelming. Initially starting in a hub world, the map encourages you to explore a handful of other worlds through portals, all the while completing an objective to make it back in one piece. Much like Black Ops Cold War you’re able to exfil after a certain number of rounds have been completed, inevitably leading to an intense battle to make it out alive, but other than that I found I moved on from the entire mode in record time.

Zombies die-hards who want winding corridors, a multitude of areas to unlock and a story to uncover will find the experience to be pretty bare.


While I did like the fact you visit places like Shi No Numa, it’s the weakest Zombies experience in some time. All the basics are here, though – Pack A Punch upgrades are scattered throughout, while there’s some variation in the central hub to keep things interesting. Zombies die-hards who want winding corridors, a multitude of areas to unlock and a story to uncover will find the experience to be pretty bare. There just isn’t enough here to keep things interesting, which is disappointing given how great Vanguard’s other modes are.

But, even with a lacklustre Zombies experience, Call of Duty: Vanguard is Sledgehammer Games’ best Call of Duty to date. The studio is finally hitting its stride in getting its vision of the series to where it should be. The campaign is a rip-roaring five hours of fascinating character stories mixed with memorable locales, while the new additions to the admittedly by-the-numbers multiplayer are more than welcome. While it may not change the formula in any meaningful way, what you’ve got here is a great Call of Duty game.
Latest Comments
No comments currently exist. Be the first to comment!
Commenting has been locked for this item.
Follow Us
Latest Reviews
More...
News Feed
Advertisement
Latest Threads
Log In
Create Account | Lost your password?