Announced at BlizzConline we dive into this new take on an class-ic, and chat to Blizzard as the Rogue officially joins Diablo IV.
Diablo 4 - Inside the Rogue Reveal
Hearthstone’s Forged in the Barrens Expansion is For the Horde
Post by KostaAndreadis @ 04:15pm 22/02/21 | Comments
Forged in the Barrens is the next expansion to hit Hearthstone, and it arrives alongside the new Year of the Gryphon, a new mode, and a major shuffle of the deck. 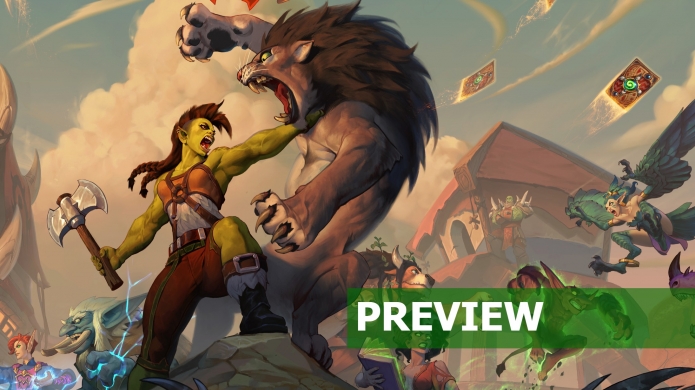 The first expansion for the new Year of the Gryphon is called Forged in the Barrens, and as per the title takes players to the iconic locale of Kalimdor, home of the Horde’s mightiest heroes. It kicks off a new year long narrative all about Horde, Alliance, and the tales of legendary mercenaries. It also arrives alongside a major shake-up to the core Hearthstone experience, with the arrival of a new Core Set.

Kalimdor, the Barrens, and the home of the Orcs, Trolls, and Tauren will be familiar to veteran Warcraft players, but in the case of Hearthstone it sets a different tone. “One of the parts of Warcraft that we haven't captured a whole lot, that we're looking to capture here is the journey,” Chadd Nervig, Senior Game Designer on Hearthstone tells AusGamers. “That experience of starting out as a new adventurer, growing, and levelling up. We're going to be looking at that through the course of the year with this, the first expansion, focusing on the Horde.”

Journey aside for a moment, the fun and vibrant Hearthstone aesthetic still shines through -- with Blizzard also noting that you will “find Mankrik’s wife”. In card form. A nod to a classic WoW experience.

Back to the journey, players will be following the stories of 10 Legendary Mercenaries throughout the Year of the Gryphon. And that's journey in that classic WoW sense, starting off low-level, levelling up, and growing more powerful. According to Blizzard the solo content this year can be seen as ‘Book of Mercenaries’, much like the ‘Book of Heroes’ additions that focused on established Warcraft characters last year.

“One of the parts of Warcraft that we haven't captured a whole lot, that we're looking to capture here is the journey.”


The mercenaries will be split evenly among Horde and Alliance and the characters will be new to the Warcraft universe -- allowing the team to tell original stories. These will also bleed into the brand-new Mercenaries mode teased, which will present a new roguelike way to play Hearthstone. Think Battlegrounds levels of new game mode, or the recent addition of Duels.

“We're thrilled about the success of Battlegrounds,” Chad says. “Mercenaries is larger than either of those [Battlegrounds and Duels], it’s probably the biggest thing we've added to Hearthstone since launch. It's got strategic RPG-like combat, roguelike influences, randomly generated maps, and you'll build a team of Hearthstone and iconic Warcraft characters to battle.” 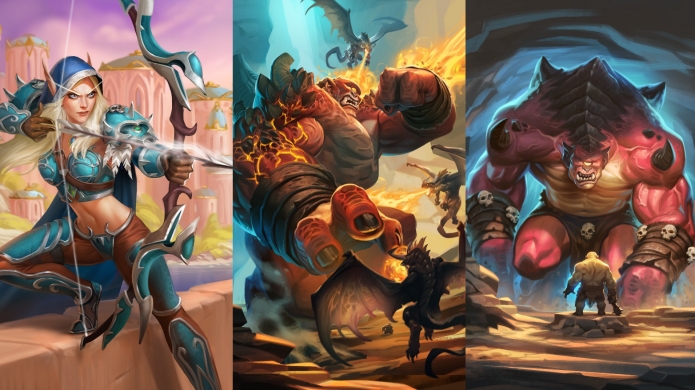 Specific details on Mercenaries is expected soon, and the new mode is set to arrive as a part of the Year of the Gryphon’s ‘Phase One’ -- alongside the new expansion. On that front, it’s business as usual with Forged in the Barrens introducing 135 New Cards for players, including a freebie in the form of Shadow Hunter Vol’jin (which is available now). The new Keyword for the set is Frenzy, a one time effect that activates the first time a minion survives damage. It’s a versatile, combat focused, and an almost aggressive style of play. In other words it fits in nicely with the new Horde theme. And Hearthstone as a whole too -- as it can be paired with abilities like Rush, leading to a sort of one-two punch opener that could shift the board dynamic before your opponent even notices what just happened.

“We were looking for a mechanic that was about battle,” Dean Ayala, Lead Game Designer on the Card Design team explains. “The Horde, as a group, is kind of about getting out there with an axe and shield battling each other and becoming really physical. So a mechanic that has to do with getting out there and taking some damage, as a part of minion combat, or being hit by a spell felt right.” With Frenzy being a one-time effect it allowed the team to with powerful triggers -- building on its experience with the similarly structured Spellburst mechanic from last year’s Scholomance Academy. 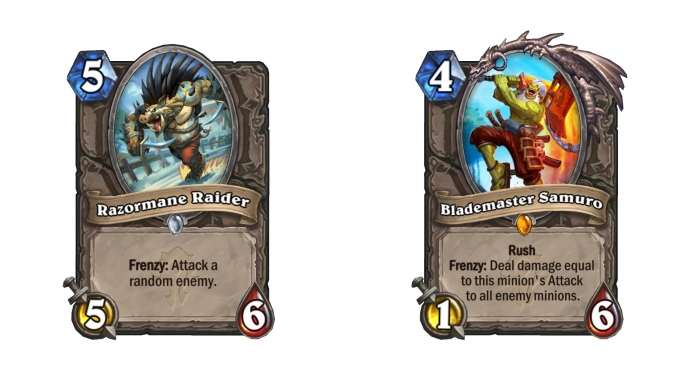 As opposed to a Standard refresh Forged in the Barrens and Year of the Gryphon sees the introduction of the new Core Set. A rotating 235-card set foundation (split between neutral and class cards) that will replace the Basic and Classic sets. Yeah, a pretty major shake-up and one that was deliberately timed to launch with the new year and new expansion. Featuring re-designed favourites and 29 new cards (with some Legendary Dragon cards included), the Year of the Gryphon Core Set will be free for all players.

“The Horde, as a group, is kind of about getting out there with an axe and shield battling each other and becoming really physical. So a mechanic that has to do with getting out there and taking some damage, as a part of minion combat, or being hit by a spell felt right.”


“One of the goals when releasing a new expansion is that people will be playing with new cards and new strategies, and that it doesn’t feel like the same environment,” Dean Ayala tells us. “A big shake-up of that was Standard Rotation where sets rotate out. Core Set further establishes that idea, and makes it all fresh and interesting. Another thing is there's just a lot more free stuff, more cards, more synergies, more things to work with -- and you're not immediately thinking about making purchases with real money or in game resources.”

Perhaps the biggest reason for the Core Set is that it will capture the current feel of Hearthstone and help newcomers (and returning players) understand the game too. And just what makes Hearthstone feel as special as it does. 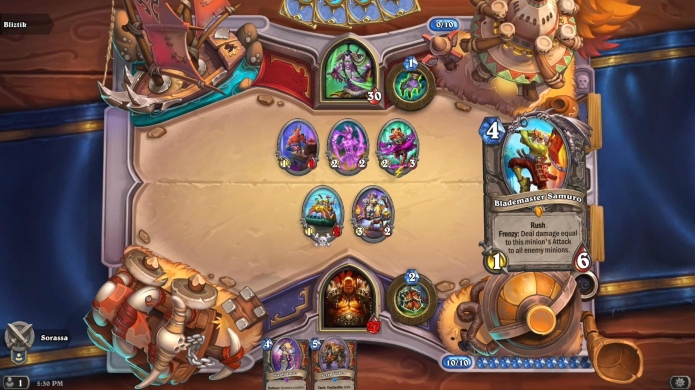 “Synergies is really what makes you kind of fall in love with Hearthstone,” Dean continues. “I always look back to when we originally released the Old Gods expansion we gave out C'Thun. That was a moment where a lot of people fell in love with the game because they saw that it wasn’t just about playing your Water Elemental and slamming it into another minion, it was about having a plan, building towards that plan, and hopefully executing that plan.”

“With the Core Set you're unlocking a bunch of cards along the way, and they're going to tell that story, and you’ll see the synergies,” Dean concludes. “You can have fun with that, you can make plans. And that's a good jumping off point.”

With Hearthstone on track for another massive year, there’s also a new WoW Classic inspired ‘Classic Mode’ that will capture the original 2014 launch feel of the game, Forged in the Barrens looks set to kick off the next chapter, and journey, in Blizzard’s card game. For the Horde, and for everyone.
Tweet