Where we fall in love with the turn-based RPG combat and new protagonist Ichiban Kasuga.
Yakuza Goes Full RPG In The Brilliant Yakuza: Like a Dragon
Our Second Hands-On with Assassin’s Creed Valhalla - Living Viking Life
Post by Steve Farrelly @ 06:01pm 15/10/20 | Comments
We had another chance to go hands-on with the latest build of Assassin’s Creed Valhalla, and walked away with a different sense of the occasion… 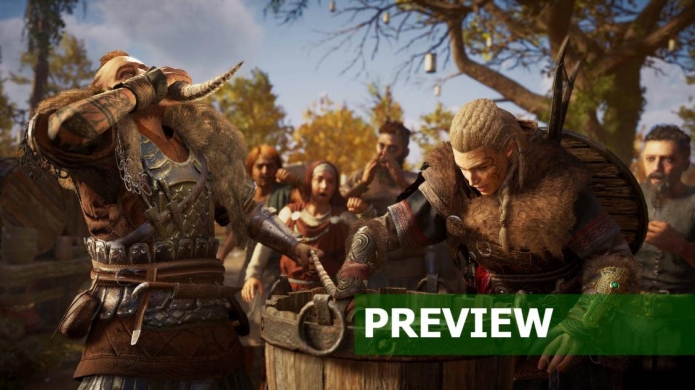 First up: The game is coming along nicely and will be as-promised from the Origins team. Other studios are involved, of course, as Ubi is all about sharing the workload and letting different teams and mindsets help shape its games these days, but from our last hands-on to here we can say with confidence, Valhalla is every bit the Triple-A you’re expecting.

Now, the differential: I played roughly three hours of the game, as a viking, and I didn’t swing a single axe. I did no raids and I did not pillage.

"My place -- Ravensthorpe. It’s a powerful thought and concept in a game normally designed around you tearing settlements, strongholds and parts of history down..."


Instead I grew my settlement. I patted a dog who then started following me around. I stirred a pot of stew in my Great Hall. I ate some boar and drank some wine. I read notes scattered about the place with sweet nothings jotted upon them. I upgraded parts of my settlement to open up new gameplay opportunities, such as the bode of my cartographer who gave me new places to seek adventure. I placed a stone well, a hallowed monolith, and a Roman Gladiator statue as pure aesthetics. I even could have put in a Roman bath statue, but you know, one statue at a time, I say. 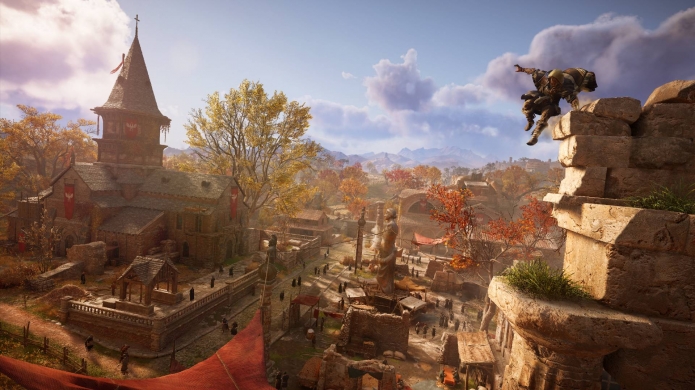 I spoke to my growing population of settlers who chose to come to my place. My place -- Ravensthorpe. It’s a powerful thought and concept in a game normally designed around you tearing settlements, strongholds and parts of history down. Now you don’t walk and parkour through history, you build and live within it.

Obviously there’s a Golden Path to follow, and the game centres, largely, around your impact in how the future of England is power-structured, which means you’ll be involved in great battles, subterfuge and negotiation, but man, you can also play this awesome viking dice game akin to Gwent (historically known as Skjoldr) and it’s godsdamned awesome. Viking craps aside, there’s a strategic element to your Settlement as well; a sort of “War… tent” exists -- not quite Doctor Strangelove levels of ‘War Room’ sophistication -- but it helps you understand your alliances and how best to plot your next move. This concept sits alongside the Settlement idea -- in essence, you’re attaching yourself to this world, but changing it in active format.

"You hunt, fish, farm, mine and provide for your Settlement. The people here depend on you, and the way Eivor’s demeanour has been written is reflective of both nature and nurture..."


The thing here though, is you’re actually helping. You hunt, fish, farm, mine and provide for your Settlement. The people here depend on you, and the way Eivor’s demeanour has been written is reflective of both nature and nurture. It’s no secret anymore the vikings weren’t all bad; they farmed, they loved, they cared for children and they actively applied to open-border policy. “The more the merrier”, as they say. But, they were conquerors and raiders. They were feared and have been written as such because vikings valued ownership, which is why the Settlement side of the game is so poignant. 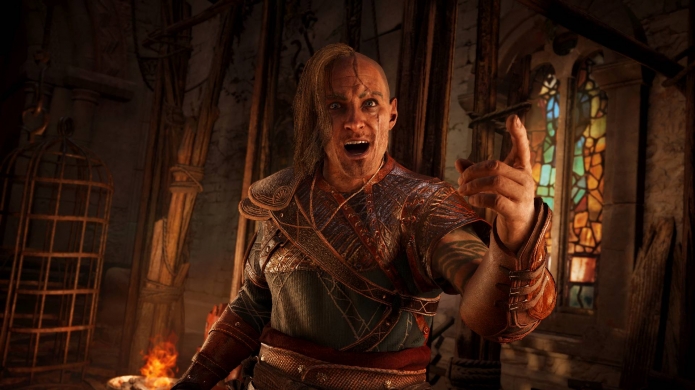 Here’s an odd one. Avoiding spoilers, I chose not to engage in any of the available missions, despite having a number of them ready for the picking. I rode my horse and called in my longboat (which you can do and it arrives as quick as an Uber) and just, well, explored. I loved Origins because of the rich history of the Egyptian setting and that culture. English history, however, is kind of messy -- Saxons, Danes, Welsh and the like. Numerous kin on an island nation. Who owns what and who rules all? We know the history, but in Valhalla, Ubisoft is letting us shape it. And that’s fun.

So yeah you can raid, you can visit Valhalla itself as revealed today but I didn’t do any of those things. Instead I made sure my people were looked after. I engaged them and walked tall amongst them. There’s a measured approach to Valhalla the series simply has never seen. Upgrade your boat, but first, upgrade the Boat House, but that requires resources; now go get ‘em. The loop is familiar and might sound grindy but gang, you can go get tattoos, beard trims and haircuts… IN YOUR SETTLEMENT. In the dang ninth century. And it’s awesome.


You’ve got time is the point here. Plenty of other Assassin’s Creed games have given you hubs and interactive ‘safe spaces’, but in Valhalla you’re the sole provider of what that means. Missions will emerge from here, stories will emerge from here, and you will grow from here. After Origins it was only a matter of time before the series went full action-RPG. And by “full” we mean with the inclusion of buildable spaces. But given the lore, timeline and real history, it all makes sense.

I’ve thrown two axes at once in the face of enemies in the game now. Videogame satisfying, yes, but more satisfying was upgrading all the parts of Ravensthorpe I could and seeing the real-time response to that character-to-character, and visually. This might read laboured, but that’s a little bit the point: this isn’t simply one of those games or gamified ideas you can buy your way through; it’s a labour of love. Which full-circles one of the key tenets Ubisoft itself has been labouring over in the description and direction of the game -- sure, Berserkers may or may not have existed, but they are the boogey man of tales surrounding the many clans. But no one ever talks about the explorers, farmers, party-goers or diplomats that also made up viking culture in fantastical fiction.

Assassin’s Creed Valhalla represents more than just ‘bringing vikings into the mix’ it works educationally about that culture but also serves to further the franchise in ways both Origins and Odyssey did -- like each, the base culture or heritage is disparate, and that requires a pivot in style and approach. Currently, the wind is behind the sail of this longboat, and I can barely see an Origin or Odyssey in sight. All I see is Valhalla.