We sit down with Zenimax Online Studios to discuss The Elder Scrolls Online’s latest year-long adventure, adding a competitive card game to the MMO, and more…
The Elder Scrolls Online: High Isle Interview
Watch Dogs: Legion - An Open-World Sandbox That's Hard to Resist
Post by KostaAndreadis @ 01:00pm 07/10/20 | Comments
We go hands-on with a ray-traced enabled build of Watch Dogs: Legion and are again, floored by its recruitment system and how it lets you fly over London on top of a cargo delivery bot.


There was a point whilst playing Watch Dogs 2 – perhaps one of the most underrated games from the past decade (not by us though) – where I put away the logical flow of sneaking around, silent take-downs, and using firearms to take out red dots on the mini-map to instead play with the tools it offered. Forego the GTA-like approach or stranded open-world setup to take control of drones, little shock bots, call in gangs to create a diversion, or hack someone on patrol to turn them into one of America’s Most Wanted. Watch as the fuzz rolled in.

Mess with cars as they drove, steer parked cars into other parked cars, steal a Yacht, buy a teal sweater than you could wrap around your neck, enter a Yacht race. Crank up the Yacht rock. Paired with a vibrant San Francisco setting, genuinely cool fashion, and a stellar soundtrack of both original and licensed music, there came a point where the Watch Dogs 2 sandbox presented just about the most fun you could have in a modern city-set open-world game. A place where you could not only have that fun, but keep your digital kicks clean too. 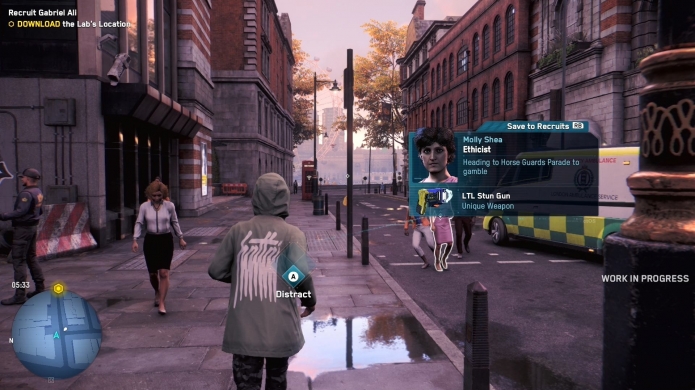 After spending four hours with Watch Dogs: Legion, half of that following the overall narrative, the other half simply roaming the puddle-strewn streets of ol’ Blighty – it’s a sequel that feels a lot like its predecessor. By that same token it also feels quite different. Tonally speaking, switching San Fran for London Town adds a very clear dose of the grey – a weather generalisation bolstered by a city under strict surveillance, a terror attack, resistance groups, and a corrupt private security firm turning the city into 1984 by the way of 2084.

Tonally speaking, switching San Fran for London Town adds a very clear dose of the grey – a weather generalisation bolstered by a city under strict surveillance, a terror attack, resistance groups, and a corrupt private security firm turning the city into 1984 by the way of 2084.


A vision of London that we were able to experience on PC with real-time ray-tracing enabled, bringing realistic reflections to many windows (and puddles) in a way that was impressive and immersive. The sheer number of windows and buildings and cars and other reflective objects you come across in a city like London makes the effect feel completely next-gen, adding dimension and character to a city chock full of it. Crossing the street in Watch Dogs: Legion has you seeing the building behind you reflected in the one straight ahead. Very cool.

The fact that it's one of many similar moments that feel normal versus “oh wow” speaks to the realism ray-tracing can bring to a digital environment. The feeling of moving through a bustling city is present throughout Watch Dogs: Legion, and it’s one that from a visual standpoint feels, well, ‘realer’ than ever. 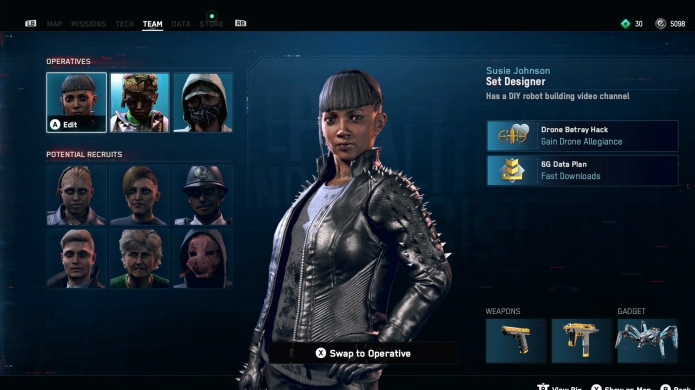 Where Legion follows and builds on top of the excellent second outing is where it takes a step forward for the open-world genre. Here you can still complete an entire mission via hanging out around the corner of a key location to control a spider-bot via remote and then have it sneak through vents, take down the odd guard, and hack a terminal to download sensitive mission-critical data. You can also hijack a cargo delivery bot, hop on, and use that to fly around the city, hover over buildings to find a stealthier entrance, and to escape unseen into the night sky.

Watch Dogs: Legion’s story, tone, and overall narrative is seemingly far darker than the satire of Watch Dogs 2 – something that became abundantly clear during a mission that had me stumbling into an underground medical facility where people were being experimented on and killed. That said, the severity of that little situation and the overall oppression is weirdly freeing. And in a way that might just be revolutionary.

A statement that applies to Watch Dogs: Legion’s recruitment system, whereby anyone you see – if they are sympathetic to DeadSec - is a possible playable character. And a new recruit to join the resistance. 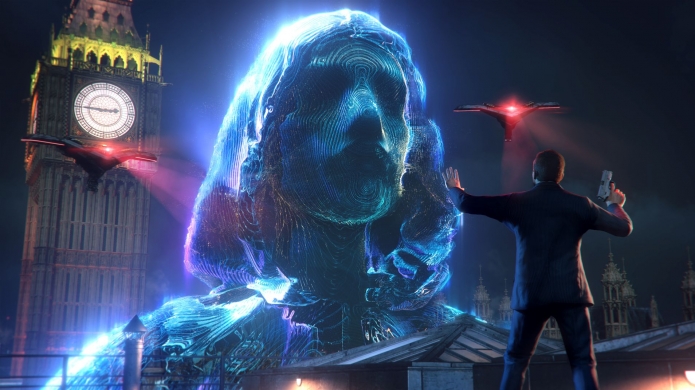 Someone that comes equipped with traits and abilities – both positive and negative. To such a degree that it would make any pen-and-paper fan put down their 12-sided dice to take note. The genius lies not with the more obvious stuff, where say a construction worker is especially adept at wielding melee weapons or blunt tools, but in the more esoteric. Where a gambling addiction might see a periodic drop in funds on the account of said addiction, or how someone with a flatulence problem might let one rip during a, well, opportune moment.

In turn making them unsuitable for stealth (as seen in the gameplay video above).

You can also hijack a cargo delivery bot, hop on, and use that to fly around the city, hover over buildings to find a stealthier entrance, and to escape unseen into the night sky.


Throw in recruitment missions, whereby someone you bump into might be interested in joining but only after you help them out with something, and the whole setup takes on the appearance of a magic trick. These fully voiced, procedural “quests” tied to citizens with traits, backgrounds, and abilities feel scripted.

It’s remarkable in how seamless it all works, and in opening the recruitment pool to include the elderly, students, cashiers, aspiring musicians, and countless others – player choice becomes a case of carefully curated character choice. 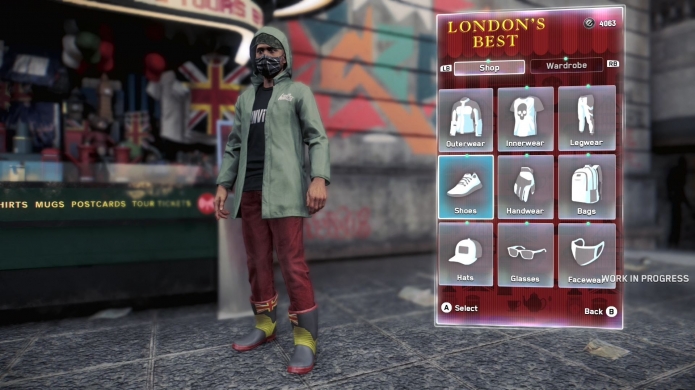 Each mission or bout of exploration in Legion is a Street Fighter like selection that will dictate whether you’re drawn to a karate master wearing a white Gi that wants vengeance or a graffiti artist that just bought a pair of Union Jack gumboots on his way to grab a pint.

Failing a mission ends up with that member of your crew being arrested too, which then opens a new recruitment mission – find a barrister to take advantage of one of their passive abilities. That is, use the system to get your people released early.

In the end four hours was simply nowhere near enough time to spend with a game of this size and scope, a map littered with discovery beyond icons or activities. Regions to liberate, characters to meet, people to recruit, lives to discover. The latter of which is something truly special, those you meet on the streets of London versus those I might stumble into could very well lead to a very different Legion experience. Familiar at times, the same overall story, but new in a way that lives up to the franchise's motto - ‘hack anything’. Where this time, the hack covers who you get to control and how you might play.