The World Game is back, natch, so we go through all the big changes coming in EA’s FIFA 21.
FIFA 21 Preview - Inside the Big Gameplay Changes Coming
More Than Power – How AI Will Drive Next-Gen Gaming
Post by KostaAndreadis @ 03:44pm 21/07/20 | Comments
With new graphics hardware on the horizon, it’ll be more than raw power that will drive the next-generation of gaming. We explore the new frontier of Artificial Intelligence and discover how AI-Driven tech like NVIDIA’s DLSS 2.0 will revolutionise gaming. 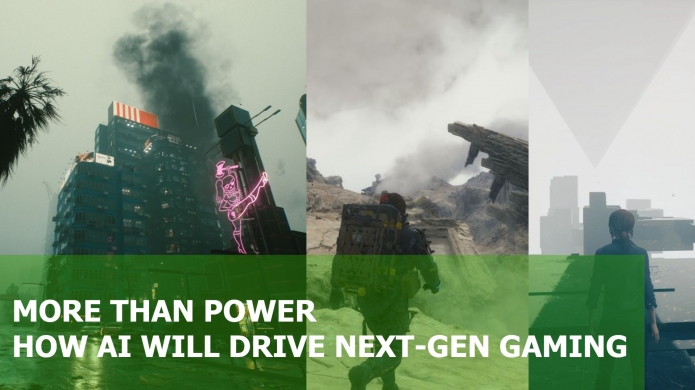 When we think of AI, or Artificial Intelligence, we often think of a computer or robot that can hold a conversation or convey some form of cognitive intelligence. Perhaps it’s a giant box sitting next to a few scientists holding clipboards that can beat a famous chess player in a round of, err, chess. Knight-2 to Rook-6 and all that. For those well versed in science-fiction across books, television and cinema – AI is all of that plus the thing that ultimately leads to our downfall as a species — AI so smart it doesn’t need us anymore, but it still needs to travel back in time to address all the Conner-related loose ends.

The real-world field of artificial intelligence research and innovation powered by Deep Learning encompasses all forms of science and technology with broad reaching effects. Innovation that can be found today across medicine, automotive design and the understanding of the current global pandemic. With terms like Deep Learning and Neural Networks the best way to understand the underlying technology is to think of it all exactly in the terms that naming alludes to. AI and Deep Learning are technology driven systems and programs that can absorb information, learn patterns, read any given situation, and then react accordingly – like a human brain.

In the realm of games, AlphaGo, a computer program that plays the popular and strategically complex Go, beat champion Lee Sedol in a five-game match in 2016. This was more impressive than the whole IBM chess thing on the account of Go’s seemingly infinite realm of possibility. More recently NVIDIA’s GameGAN, a system that can absorb interactive digital worlds by watching them being played, created its own version of PAC-MAN after doing just that. Like a bored weekend spent watching countless Let’s Plays and Twitch streams ending up with you somehow creating Fortnite or Red Dead Redemption II.

NVIDIA and AI – A Primer 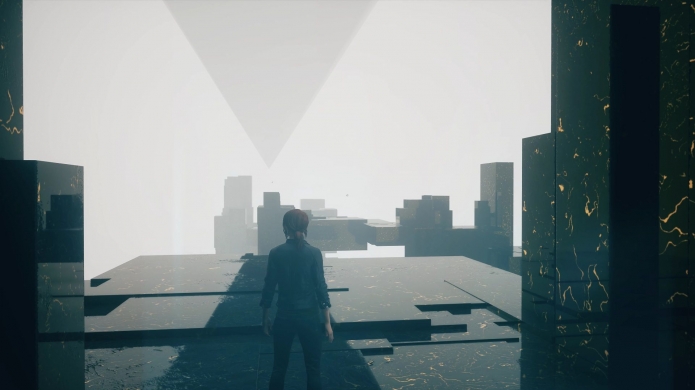 Remedy’s Control is a true vision of next-gen gaming thanks to DLSS 2.0

When we think of modern graphics (that is, detailed 3D worlds with textures and any number of advanced visual effects), it’s understood that this side of the experience is handled by the GPU – a dedicated graphics card or processor found inside PCs, laptops and consoles.

Since the debut of dedicated graphics in the 1990s, and NVIDIA’s first GeForce card towards the end of that decade, it is technology that has advanced at an almost exponential clip. The proof of which we see in everyday games running on modern hardware, such as Call of Duty: Modern Warfare, looking exponentially more advanced than something like Wolfenstein 3D from 1992. And thanks to things like ray-tracing, realism is inching ever closer to movies every day.

When it comes to modern AI one of the key requirements is high-performance computing, known as HPC. And on that front, NVIDIA has become an industry leader thanks to modern AI and Deep Learning taking place on powerful GPUs (or GPU-led systems) featuring technology like NVIDIA’s Cuda and the company’s own Tensor Cores that made their debut in the RTX range.

“When it comes to modern AI one of the key requirements is high-performance computing, known as HPC. And on that front, NVIDIA has become an industry leader thanks to modern AI and Deep Learning taking place on powerful GPUs.”


This means the majority of AI happens in the same place as real-time ray-tracing and polygon rendering — not the CPU.

In fact, the most powerful supercomputers in the world feature NVIDIA GPU technology and in the past decade the company has led the charge in creating new chipsets that bring this power to more and more across the globe thanks to the introduction of Pascal, Volta, Turing, and now Ampere architectures. NVIDIA’s Turing-based Quadro RTX 8000 GPU became the world’s first ray-tracing GPU in 2018, a seismic shift for those in the fields of computer graphics, art and modelling. And so, the question now becomes, how will all of this intersect?

Specifically, when will AI become a part of the games we play. More-so than the term we use whenever an enemy soldier ducks behind some cover and say “this game has got some pretty good AI”. Well, when it comes to futuristic AI, we’re already beginning to see the results. 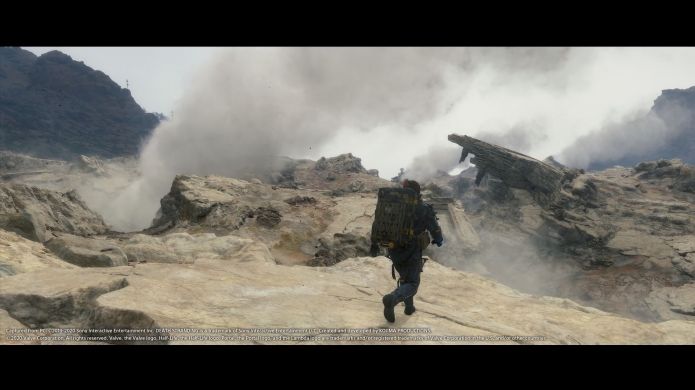 When NVIDIA introduced the new Turing-based RTX 2080 and RTX 2080 Ti graphics cards in 2018, all focus was rightfully on the fact that for the first time games would be able to render complex ray-traced lighting effects in real-time. Realistic reflections, shadows and other effects at a level of detail that was more commonly seen in CGI-blockbusters and animated films from the likes of Pixar.

The RTX line from NVIDIA had another bit of fancy new technology up its sleeve, called DLSS. This Deep Learning Super Sampling would effectively act as a form of AI-powered upscaling where the GPU wouldn’t have to render every pixel to display a high-quality 4K image. Thanks to the RTX line’s Tensor Cores an image rendered in a sub-native resolution is then reconstructed using AI based on Deep Learning. Leveraging the support of super computers, a consumer-based GeForce RTX graphics card like the RTX 2080 could then present a game at 4K or 1440p with a sizable bump in performance thanks to AI Rendering.

“Deep Learning Super Sampling would effectively act as a form of AI-powered upscaling where the GPU wouldn’t have to render every pixel to display a high-quality 4K image.”


Like the many non-scientists of the gaming world it was hard not to view the promise of a massive increase in performance at no cost to the way a game looked or played as anything but impressive. But, as a brand-new bit of technology that required games to be individually put through the DLSS process by having them analysed by a Deep Learning supercomputer, it took a while for it to be adopted.

And with DLSS it did show up in games like Metro Exodus and Battlefield V the performance increase was there, but the image quality wasn’t quite at the level that was initially promised. Maybe these computers weren’t as smart as we initially thought.

DLSS 2.0, or How We Should Never Underestimate the Machine


NVIDIA's engineers break down the tech behind DLSS 2.0

Fast-forward ‘One Year Later’ and the arrival of DLSS 2.0 sees the initial promise of DLSS technology fulfilled – sizeable performance increases in games with no perceivable loss in picture quality. Like seeing real-time ray-tracing for the first time in Remedy’s Control, the effect is like witnessing a magic trick. A crisp 1080p, 1440p or 4K image running much faster than ever before. And weirdly, in quite a few cases the DLSS image can look better and more detailed than the native alternative. In addition to Control, DLSS 2.0 debuted earlier this year with support for Wolfenstein: Youngblood, Deliver Us the Moon, and MechWarrior 5. Recently making its way to Hideo Kojima’s Death Stranding PC debut, DLSS 2.0 allows for Kojima's latest to run in triple digits frame-rates on RTX cards. And look stunning whilst doing so.

The big difference and improvement came from training the DLSS deep neural network (housed on a NVIDIA DGX-powered supercomputer) with that thing that exists beyond highly detailed screenshots – motion. More than simply feeding the DLSS network low-resolution images in an attempt to get the AI rendered version to look as good as the real high-def thing, engineers at NVIDIA pioneered a system that would allow the AI to properly evaluate “motion vectors”. The result, moving images free from artifacts normally associated with upscaled images and video. In Control a spinning fan remains crisp and clean and text on a distant display readable even when the camera moves.

“NVIDIA pioneered a system that would allow the AI to properly evaluate “motion vectors”. The result, moving images free from artifacts normally associated with upscaled images and video.”


It’s a no-brainer when you think about it; games we play are all about motion and movement through digital landscapes, but it’s this leap – alongside the involvement of a cutting edge AI neural network – that makes DLSS 2.0 a literal game changer. Unlike the first iteration of the technology it doesn’t require the DLSS network to study and analyse every game that might want to implement the feature, DLSS 2.0 is now a part of popular game development tools like the Unreal Engine.

Beyond being the best way to experience ray-tracing, those looking to maintain a steady 60 frames per-second without worrying about dialling down image quality is a reality no matter if you own an RTX 2060 or RTX 2080. And with DLSS 2.0 confirmed for Cyberpunk 2077, alongside a suite of next-gen like ray-tracing effects, the biggest game of the year is set to be a part of this AI revolution.

Which, when you consider that game’s setting of Night City, is perfect.

More Than Power, The Future is AI 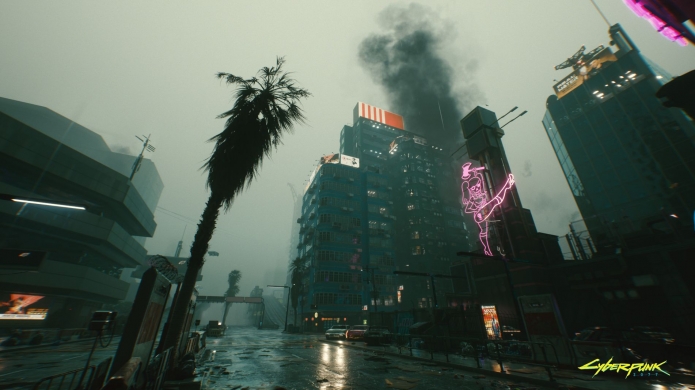 When we look at new hardware, whether it’s a fancy new console or a new graphics card to power games on the horizon, advances in AI and the technological breakthroughs pioneered by NVIDIA prove that raw power isn’t everything. With DLSS 2.0, in addition to advances in rendering techniques as part of DirectX 12 Ultimate, the biggest revolutions in performance, image quality and resolution will come from the same place that allows a car to self-drive or a medical revolution to happen.

Technology like NVIDIA’s GameGAN could evolve to a point where the AI could create an entire game-world, levels, and environments packed with systems and mechanics the very next moment after a character is brought to life by an artist. DLSS 2.0 and 3.0 could see performance normally associated for the most expensive equipment in the world arrive on an entry-level gaming laptop.

More than power, the future is AI.