Consumer-grade VR is certainly here to stay, that much is true. As a technology it’s been a fascinating one to watch mature over the years; to see the various advances made with everything from tracking to headsets, and of course controllers. Every refinement or new piece added boosting the immersion that comes from VR. Whether you’re exploring City 17 in Half-Life: Alyx, landing on a new uncharted planet in No Man’s Sky, or becoming one with the machine in Rez Infinite -- VR experiences can change depending on what brand of future goggles you place on your head.

And by years we really mean the last five or so, a time where it feels like all of the bits and pieces that make up the modern VR experience have improved to the point where the question of immersion isn’t really, well, a question. The choice of what VR to get comes down to how you plan on jacking into the multiverse. Ahem.

The HTC VIVE Pro 2 is a high-end consumer grade bit of VR for PC that offers up unmatched per-eye resolution (5K in total) and a wide horizontal field-of-view of 120-degrees. Two features that come together to create some of the crispest and most cinematic VR we’ve seen to date. When it comes to VR headsets the higher the resolution the less chance you’ll notice what’s called the screen-door effect. Essentially the high-res display of the Pro 2 helps make all text and objects clear and easy to see, free from shimmering and artefacts whilst reducing the blurriness that has been par for the course with modern VR. 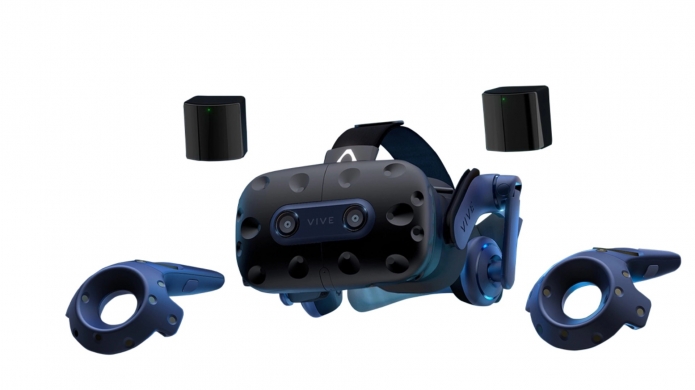 Is there a catch? Sure, and that’s where the high-end part of the equation comes into play -- you’ll need a fairly recent and powerful GPU to make the most of the increase in resolution. For the purposes of this review we paired the HTC VIVE Pro 2 with a GeForce RTX 3080 Ti and a laptop equipped with a GeForce RTX 3070 mobile GPU.

The HTC VIVE Pro 2 is a high-end consumer grade bit of VR for PC that offers up unmatched per-eye resolution (5K in total) and a wide horizontal field-of-view of 120-degrees.


As per our review of the original HTC VIVE Pro back in 2018, it’s easy to see how this is a step forward for the HTC VIVE. Not only in terms of pure per-eye resolution, but with the refresh rate bumped up to 120 Hz it brings the brand in-line with the competition. Namely the Valve Index, where we found that the increase in refresh-rate all but eliminated the general uneasiness or fatigue you can experience when playing in VR for extended periods. 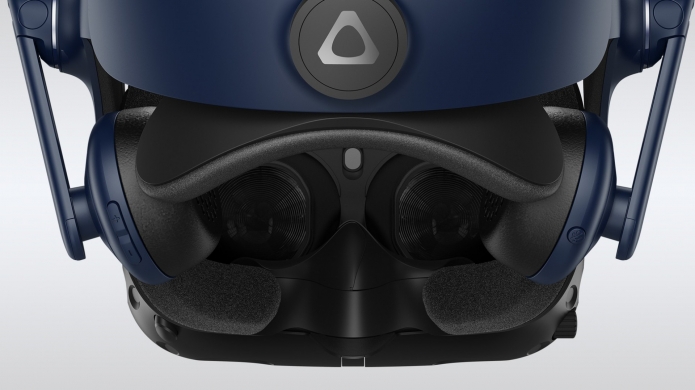 HTC has been in the VR game for quite some time, with the HTC VIVE line-up being one of the main players in the SteamVR space -- something that has been the case since day one. With SteamVR being the main place to, well, VR on PC HTC does offer up its own platform via the Viveport ecosystem -- and it’s worth talking about. With an Infinity subscription you get access to numerous VR titles in what can be viewed as a similar setup to Xbox Game Pass. With the HTC VIVE Pro 2 going in VR fresh in 2021 with Infinity is akin to getting a PS5 or Xbox Series X and getting access to a library of backwards compatible titles all playable in a higher resolution and faster frame-rate. It’s great and a definite secret weapon in the HTC VIVE arsenal.


In terms of first-impressions the increased per-eye resolution is an immediate game-changer here, especially if you’re coming from a VR headset like the original VIVE Pro -- or even the Valve Index. Again, you’ll need a decent GPU to hit 120-fps at this resolution with detail settings cranked in a game like Half-Life: Alyx, but the result is truly impressive and immersive. The increased 120-degree field of view is a somewhat different story in that to hit what feels like an ultrawide cinematic scope you’re essentially losing some verticality. It takes a little getting used to, but the difference isn’t drastic. 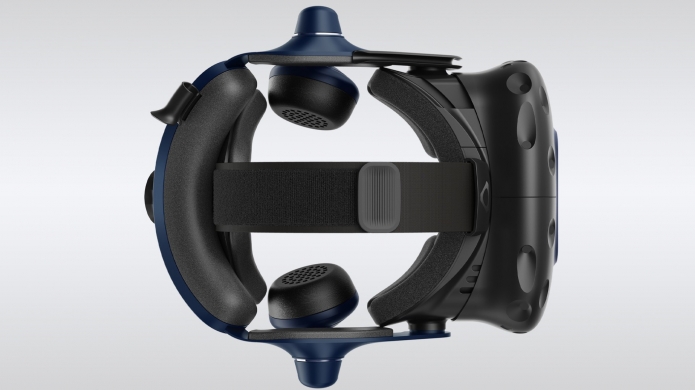 In the review package we received for the HTC VIVE Pro 2 we also had the chance to test out the VIVE Wireless Adapter, which as per the namesake removes the need for being tethered to your PC. Although for the VIVE Pro 2 it meant being limited to a 90 Hz refresh rate (due to wireless bandwidth restrictions) it was a nice glimpse into a wire-free future. Setup, like with the headset itself, was relatively stress free and it wasn’t long before we were strapped and free to move about without having to worry about tripping over a cable. That said, once you go 120 Hz it’s hard to go back, so it was also a reminder that when it comes to high-end VR the need for cables is the current reality if you want to live inside a 4K world.

Interestingly, like the Index, the HTC VIVE Pro 2 chooses to go the base-station route for tracking, which does add an extra layer of setup for the overall setup. Although we’ve seen inside-out tracking on other HTC offerings in the past, where it was used to great success, going the SteamVR Tracking 2.0 route means positioning the base stations and powering them up can be a bit of pain if you’re not permanently screwing them into a wall. On that front the HTC VIVE Pro is essentially made for a dedicated VR spot.

With external tracking the results are more accurate and responsive, but even so you get the sense that the HTC VIVE Pro 2 hasn’t made as big of a leap as you’d hoped it would for those that want a portable no-fuss solution. The controllers haven’t really changed either, and when stacked up against the competition they do feel a little chunky in 2021 -- and not going the finger tracking route ala the Index controllers feels like a misstep.

Overall the upgrades for the HTC VIVE Pro 2 look to be limited to the audio-visual side of the VR headset, with things like the increased resolution and the new high-res audio playback.

Reviewing a VR headset is also a case of taking a look at the current state of VR gaming. For the HTC VIVE Pro 2 this means looking at titles across SteamVR and Viveport. No doubt the past couple of years has seen the arrival of some major VR experiences -- bucket list stuff. Although it’s played with a standard controller, Star Wars: Squadrons puts you in the cockpit of an X-Wing and from there you get to dogfight in space. Enough said really, a VR experience that trumps the non-VR version in a way that needs to be experienced. Next to that is Half-Life: Alyx, which presents a cinematic action story set within the same universe as Half-Life 2. It’s the closest thing to Half-Life 3 we’re probably ever going to see, and in terms of VR it’s a definite showcase for what’s possible.

No doubt the past couple of years has seen the arrival of some major VR experiences -- bucket list stuff.


And then there’s other great titles like BONEWORKS, the perennial Beat Saber, and smaller indie fare like Ragnarock, YUKI, and Walkabout Mini Golf. Games that highlight just what VR can bring to a seemingly simple arcade-like experience -- especially ones that incorporate motion. With the increased resolution of the HTC VIVE Pro 2 getting to re-experience a few older titles alongside some of the newer stuff is great, and more than a simple case of things looking a little sharper. The VR immersion you get with the Pro 2 is definitely worthy of the sequel moniker.

With the huge library of titles available on Steam in addition to the excellent Infinity subscription service, the HTC VIVE Pro 2 arrives at a great time to jump into VR gaming. And the increased resolution, refresh rate, and field of view does add quite a bit more than you’d think. Especially when paired with a modern PC rig. But, with its traditional base-station setup, older controllers and tethered connection, the HTC VIVE Pro 2 is a reminder that on the high-end side of things -- VR still has a little way to go.
Latest Comments
No comments currently exist. Be the first to comment!
Commenting has been locked for this item.
Follow Us
Latest Reviews
More...
News Feed
Advertisement
Latest Threads
Log In
Create Account | Lost your password?