With its modern setting and overhauled Frostbite engine, Battlefield 2042 is not only the latest entry in the series - it’s aiming to push the sandbox into new and exciting territory.
Battlefield 2042 Interview - We Sit Down with DICE
AVerMedia Live Gamer DUO GC570D Review
Review By KostaAndreadis @ 04:28pm 17/11/20 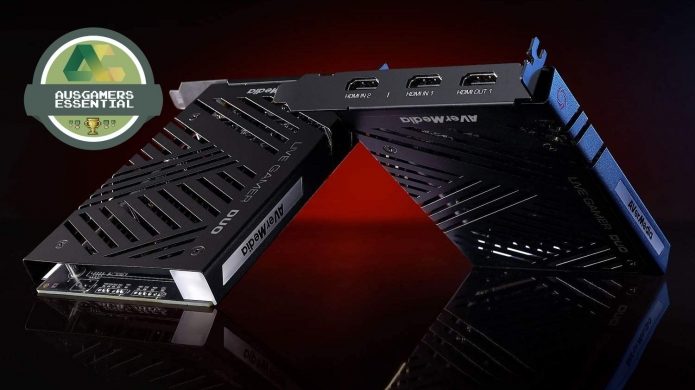 Capture cards for both recording and streaming, especially when you throw a console and gaming PC into the mix, can quickly go from a simple idea to a blend of different cables, displays, inputs, outputs, bitrates, codecs, and the occasional HDCP error. As a company dedicated to leveraging the best in PC communication across audio and video, AVerMedia offers a range of capture and broadcast hardware (paired with software) targeting gamers serious about, well, video.

When it comes to video capture, as handy as using software can be for recording or broadcasting your on-screen goings on, the difference across quality and reliability when you make the move to dedicated hardware is huge.

And when talking about a capture card like the AVerMedia Live Gamer DUO GC570D it’s worth noting just what it’s intended for before deciding if it’s the right choice for you. If, say, your plan is to simply capture some high-quality PlayStation 5 or Xbox Series X footage for creating YouTube videos with crisp next-gen gameplay, then the versatile Live Gamer BOLT (reviewed here) might just be the ticket.

The Live Gamer DUO, an internal PCI-Express x4 card, begins to make sense when you break down its features. And that is to offer up some powerful choices for streaming and capture. 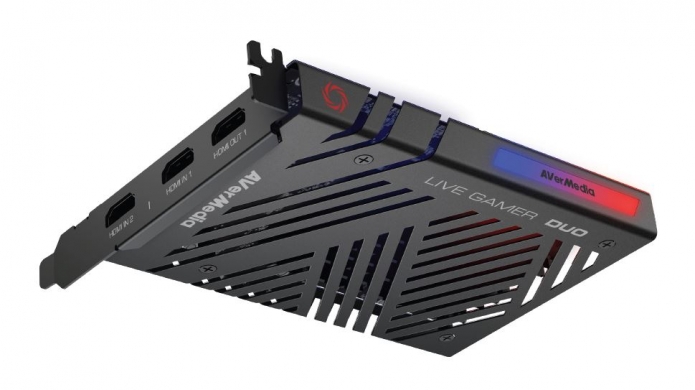 As per its namesake, the AVerMedia Live Gamer DUO GC570D features two HDMI inputs meaning you can connect a dedicated DLSR camera and a console or gaming PC for two high-quality uncompressed 1080p video streams for capture or broadcasting. With its sleek design and RGB lit logo it sits comfortably in any streaming/production rig and only requires a first-gen Ryzen CPU paired with a GeForce GTX 1050 to run.

Also, it can pass through a 4K 60Hz HDR signal via the primary input as to not degrade or otherwise interrupt how it feels to game when you’re pretending to be that guy in the TV studio counting down from five as you’re about to go live with some breaking news.


Based on the above technical breakdown you can see how it covers most if not all modern gaming needs – for streamers that play competitive titles like Call of Duty: Warzone where 1080p 240fps is in the realm of possibility thanks to the latest in NVIDIA and AMD graphics, or more cinematic titles at 1440p or 4K. The pass-through capabilities of the Live Gamer DUO are impressive.

As per its namesake, the AVerMedia Live Gamer DUO GC570D features two HDMI inputs meaning you can connect a dedicated DLSR camera and a console or gaming PC for two high-quality uncompressed 1080p video streams for capture or broadcasting.


And when paired with a secondary 1080p signal with full surround pass-through it becomes a great choice – especially now – for those planning to stream some next-gen console action like Spider-Man: Miles Morales or Assassin’s Creed Valhalla. Where it falters is with streaming and capture limited to full-HD as opposed to 4K. But in terms of pure functionality the AVerMedia Live Gamer DUO feels like two capture cards in one. Which is its greatest strength. 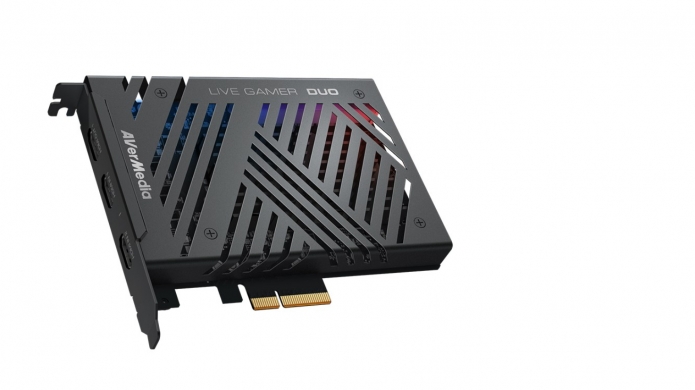 Where the Live Gamer DUO immediately excels is with the ease of setup, that is of course after you open your PC case and slot it into a spare PCIE slot. Connected to a Windows 10 rig, thanks to AVerMedia’s AssistCentral software which installs all the pre-requisite drivers and the simple to use AVerMedia RECentral for streaming and capture – there’s very little in the way of tweaking and adjusting until you actually get into the process of recording.

When viewed as two capture cards in one the Live Gamer DUO can quickly become a powerful tool for streamers looking to broadcast from more than a single source. Each of the two inputs are their own dedicated signals here – leaving less clutter or need for additional cards or devices if a potential setup features a high-end camera. As uncompressed signals the encoding is then left to the GPU for broadcast and on that front both NVIDIA and AMD cards from the past couple of years have proven to be more than capable on that front. When paired with a GeForce RTX card, the new RTX Broadcast tools will take over that final step with additional cutting-edge features.

For those looking to get into streaming the Live Gamer DUO is a great choice, versatile, powerful, and easy to both setup and use. As a two-in-one it comes highly recommended.
Latest Comments
No comments currently exist. Be the first to comment!
Commenting has been locked for this item.
Follow Us
Latest Reviews
More...
News Feed
Advertisement
Latest Threads
Log In
Create Account | Lost your password?