Where we fall in love with the turn-based RPG combat and new protagonist Ichiban Kasuga.
Yakuza Goes Full RPG In The Brilliant Yakuza: Like a Dragon
ZOTAC GeForce RTX 3080 Trinity Review
Review By KostaAndreadis @ 05:39pm 18/09/20 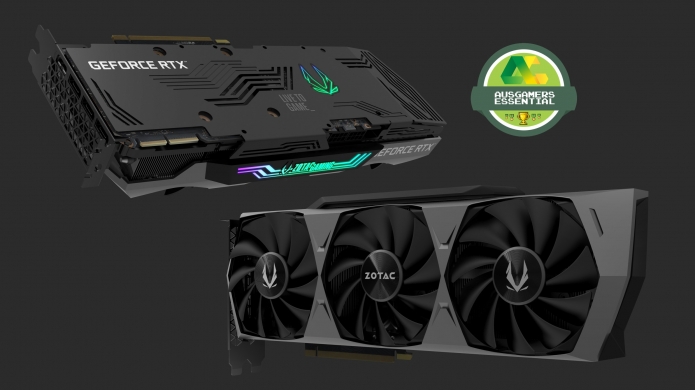 The GeForce RTX 3080 is here, presenting NVIDIA’s new Ampere architecture and second generation of ray-tracing tech in flagship form. In our review of the NVIDIA GeForce RTX 3080 Founders Edition we took time to marvel at NVIDIA’s radical change to the overall Founders look. That and the engineering of its own version of the RTX 3080 in terms of cooling. Of course, the fact that the RTX 3080 can run DOOM Eternal on max settings at over 140fps in 4K presented the actual in-game picture.

And what a brutally impressive picture that is.

But, the use of the word ‘version’ here is apt. Since the RTX 30 Series announcement one of the biggest topics on the mind of PC gamers has been, ‘What does that visual design and new 12-pin connector mean for partner cards?’ The answer to that question, business as usual. And by that we mean more traditional designs, using standard PCIE power connectors, and with cooling technology and software support honed and refined over several generations of GeForce technology.

Case in point the ZOTAC GeForce RTX 3080 Trinity. A brilliant example of a new RTX 3080 that is not only priced to match the Founders Edition, but one that has arrived with its own great triple-fan cooling method and monitoring software in the form of ZOTAC FireStorm. And in terms of raw performance you get the same fast 4K gaming in the likes of Horizon Zero Dawn and smooth next-gen ray-tracing in Remedy's Control.

That has been the RTX 3080 story so far, and the ZOTAC GeForce RTX 3080 Trinity chapter is no different or any less exciting.

From Turing to Ampere 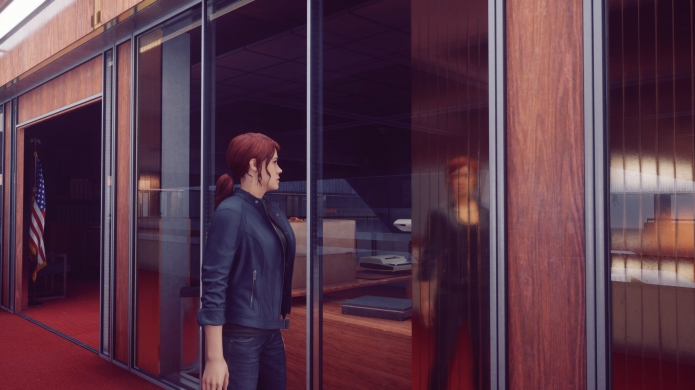 The below is a summary of the RTX 3030 technology, applicable to all models. An Ampere primer if you will.

The next generation of gaming across PC and consoles, in terms of AAA high-end titles, will be driven by resolution, frame-rate, and cutting-edge effects like real-time ray-tracing. The latter is already here thanks to NVIDIA’s Turing line of graphics cards, first brought to the scene in 2018 with the GeForce RTX 2080 and GeForce RTX 2080 Ti. The original ‘RTX On’, the 20 series of GPUs from NVIDIA made that tech-dream of real-time ray-tracing a reality.

In order to make that possible, additional hardware in the form of RT Cores were brought into the picture to take some of the taxing light rays bouncing around a scene computation off the GPU processors, NVIDIA’s CUDA Cores. To ensure that games were, well, playable, Tensor Cores were also introduced -- leveraging NVIDIA’s expertise in the field of AI to drive rendering with DLSS.

A brilliant example of a new RTX 3080 that is not only priced to match the Founders Edition, but one that has arrived with its own great triple-fan cooling method and monitoring software in the form of ZOTAC FireStorm.


Ray-tracing was groundbreaking in 2018 but it took a while to take off. Hardware appeared on shelves long before the first ray-traced games did, and from there everything from game optimisation to Windows 10 support to NVIDIA’s own AI-based DLSS rendering went through a growth period. The results though, came in due course. Remedy’s Control with DLSS 2.0 is without a doubt one of the most impressive visual feats we’ve seen in a long time. And with Cyberpunk 2077 and Watch Dogs: Legion coming soon, with RTX and DLSS support to boot, there’s plenty of room for a sequel.

This is where Ampere comes in, the architecture that powers NVIDIA’s RTX 30 series. Think of it as the second generation of RTX – the PlayStation 2 to the original PlayStation. Ampere features second generation RT Cores (NVIDIA’s dedicated ray-tracing hardware) and third-generation Tensor Cores (the AI stuff that makes DLSS the perfect match for hardware intensive ray-tracing in addition to simply boosting performance).

But these are only two of the RTX 3080 stars. There’s also cutting-edge memory in the form of a fast 10GB of GDDR6X, developed in partnership with Micron. Then there’s the new custom Samsung 8nm process, re-designed board with a ‘Select All’ to a few of the RTX 2080 numbers and multiplies them by two. Ampere is all about the future -- resolution, frame-rate, AI-rendering, and cutting-edge effects like real-time ray-tracing. 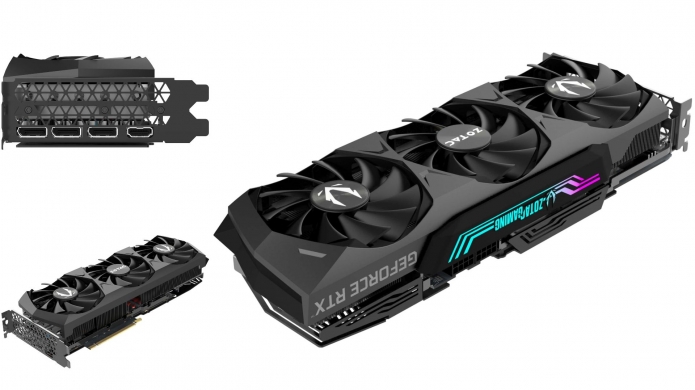 As the first RTX 30 Series effort from ZOTAC, the Trinity takes full advantage of the new Ampere architecture that features a sizable bump in overall CUDA Core count (think of these as your graphics processors) in addition to the second-gen RT cores and third-gen Tensor cores. It’s a flagship in every sense of the term but one that is relatively minimal in its design, with nice RGB flourishes across the side and back (in very cool logo form), a triple-fan setup, and sturdy backplate. Not as stylish as ZOTAC's upcoming RTX 3080 AMP Holo -- which is easily one of the best-looking partner cards on the horizon.


With dimensions larger than NVIDIA’s own card at 317.8mm (L), 120.7mm (H), and 58mm (W), the Trinity features ZOTAC’s own Ice Storm and Freeze Tech cooling technology. Fancy names for cooling in partner cards is the way of things when it comes to GPUs, and in the case of the ZOTAC GeForce RTX 3080 Trinity the result is a piece of tech that runs cooler than than the Founders Edition under load but idles noticeably higher at around 45-degrees or so Celsius.

As the first RTX 30 Series effort from ZOTAC, the Trinity takes full advantage of the new Ampere architecture that features a sizable bump in overall CUDA Core count (think of these as your graphics processors) in addition to the second-gen RT cores and third-gen Tensor cores.


Partially due to the fans stopping to ensure quiet performance outside of gaming, a nice little trade-off by the way, it’s worth mentioning. The good news is that in either situation the Trinity is quiet -- especially when stacked up against the admittedly smaller Founder Edition. When stressed we had to open the case to really get a good feel for how it sounded. And to take in that new GPU smell. Yeah, that’s a thing.

Impressive cooling is a testament to ZOTAC’s first RTX 3080, which is competing in the fields of performance, cooling, noise, and price-point. The RTX 3080 here presents brand-new technology featuring new architecture, new high-speed memory in the form of GDDR6X, and increased bandwidth and speed across the board. At 320W it’s a bump over the existing RTX 20 Series, but when gaming the results are pretty clear. Which is a given when you crank the resolution up to 4K and then scoff at anything less than “Ultra” or “Highest” or “Very High”. 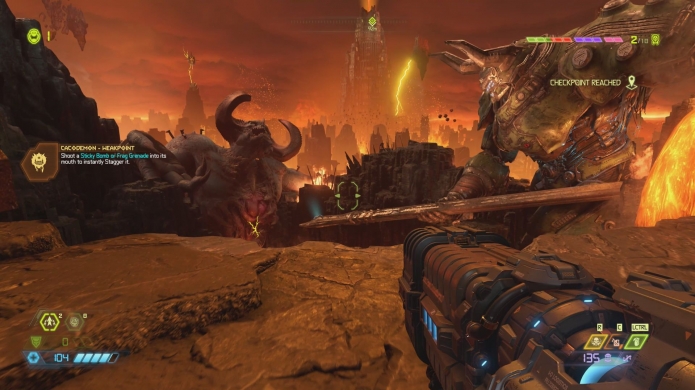 When testing the ZOTAC GeForce RTX 3080 Trinity we used the same hardware and drivers as we did when testing the Founders Edition to ensure some parity in the results. And to cut to the chase, so to speak, the Trinity performs roughly on par with NVIDIA’s own RTX 3080. Translation, outstanding 4K performance with impressive gains over the RTX 2080 Ti -- last generation’s $2,000 AUD flagship. Though the like-for-like numbers are lower in most of the tests we carried out, it was all in the negligible 1-2% range.

But, you’re here in the Game Performance section to see numbers - so numbers you shall have. First thing though, a brief summary of our testing hardware. When it comes to 4K gaming the ZOTAC GeForce RTX 3080 Trinity performs an impressive 33% faster on average than the RTX 2080 Ti, with the direct result leading to actually hitting and maintaining 60fps in a title like Horizon Zero Dawn and the always demanding Assassin’s Creed Odyssey. This is important because even though games have been playable at 4K on PCs for a while (though the sweet spot is still 1440p) compromises have to be made to visual quality to hit higher frame-rates. It’s one thing to support 4K it’s another to get these sorts of numbers.

With Death Stranding, Forza Horizon 4, and DOOM Eternal hitting well into the triple digit range it’s worth mentioning that with HDMI 2.1 support on the RTX 3080 is perfect for a large TV that supports 4K 120Hz gaming. Like, say, LG’s epic OLED we reviewed a while back. This sort of speed, clarity, and detail probably won't be possible on either next-gen console. Lowering the resolution to 1440p and the gains over the entire RTX 20 series range are still there, but not as prominent as they are when it comes to 4K. Roughly a 20% increase over the RTX 2080 Ti. But even that average is a little misleading because 1440p is a little weird in what the true picture is. Where a game like Star Wars: Jedi Fallen Order performs like-for-like with the 2080 Ti, The Division 2 (in DirectX 12 mode) performs a whopping 39% faster with the ZOTAC GeForce RTX 3080 Trinity.

What’s future-proof about the RTX 3080 are the gains seen in DirectX 12 titles, Vulkan API games, and those that leverage modern rendering techniques. Stuff we’ll see in all major releases over the next few years. Things like NVIDIA’s own impressive DLSS.

DLSS is something of an RTX secret weapon, where you can run a game in 4K and not only get a massive boost in performance, but a crisper and cleaner image. 4K DLSS looks higher-res than native-4K. It’s a strange thing to say, but in something like Control (with all ray-tracing effects turned on) it’s true -- and with the RTX 3080 you can hit 60fps. Something that running natively on any GPU would be impossible. In terms of ray-tracing, the RTX 3080 Trinity offers a 47% increase in performance over the RTX 2080 Ti in 4K.

When it comes to 4K gaming the ZOTAC GeForce RTX 3080 Trinity performs an impressive 33% faster on average than the RTX 2080 Ti, with the direct result leading to actually hitting and maintaining 60fps in a title like Horizon Zero Dawn and the always demanding Assassin’s Creed Odyssey.


To the many patiently waiting for the release of Cyberpunk 2077, no doubt that’s eye-popping stuff. CD Projekt RED’s next open-world RPG is set to become one of the first true next-gen gaming experiences of the new decade, almost exclusively (at first) on PC. It will not only feature a full suite of ray-tracing features like reflections and lighting and shadows but it will leverage DLSS for high frame-rate performance. 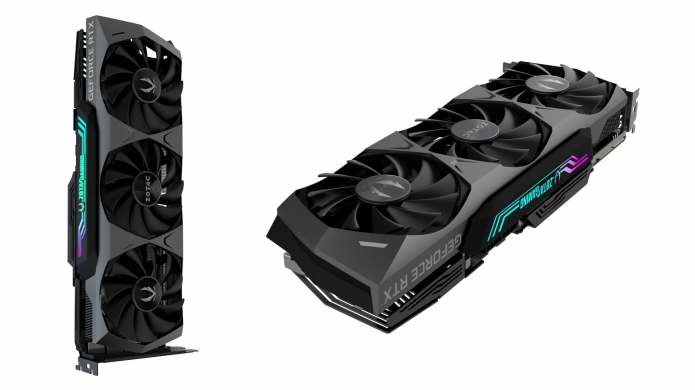 Arriving with a price-point similar to that of the Founders Edition, the ZOTAC GeForce RTX 3080 Trinity is a great choice for those looking to pick-up an RTX 3080. The traditional triple-fan design with great cooling and some nice RGB flourishes presents what you probably picture when you think about high-end PC graphics. Thanks to this crazy week, that picture is just about burned into our brains. Compared to NVIDIA's stylish Founders Edition it runs quieter when doing its thing, and cooler too. With a solid backplate, the overall design and feel of the Trinity is great.

Arriving with a price-point similar to that of the Founders Edition, the ZOTAC GeForce RTX 3080 Trinity is a great choice for those looking to pick-up an RTX 3080.


In the end though performance matters, and the new flagship Ampere architecture is impressive. The ZOTAC GeForce RTX 3080 Trinity is a true 4K powerhouse, with next-gen ray-tracing performance to boot. It also supports NVIDIA’s new Broadcast tech, RTX IO (which will arrive at some point and improve loading times), DLSS, and the new RTX Reflex stuff that will help lower the TTK between your mouse and what happens on-screen in competitive titles like Apex Legends.