The PS5 has landed a couple of timed exclusives so we look at Godfall from New(ish) Kids on the Block, Counterplay.
Godfall Review - Godly Ascension, or a Fall from Grace
Razer Blade Stealth 13 Review
Review By KostaAndreadis @ 04:55pm 21/08/20 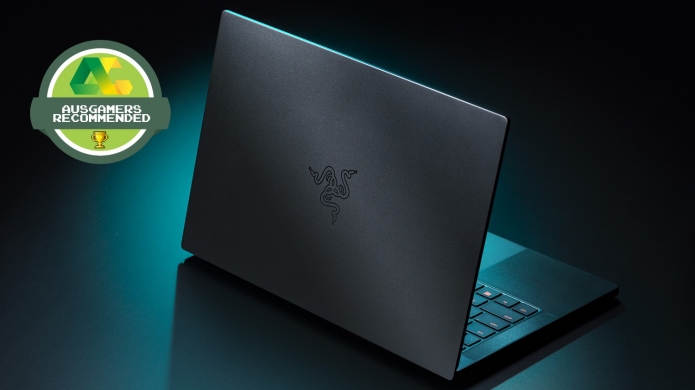 The Ultrabook category refers to a laptop designed primarily for productivity, a small and reliable piece of kit you can take with you. When travelling or simply to and from a place of work. Which for us these days means to and from a desk in a corner, or a couch in front of an always distracting TV. Travel has come in the form of Microsoft Flight Simulator.

The ‘ultra’ in Ultrabook title refers to size; small and thin and sleek with decent battery life and a weight that won’t present a challenge to those of us with delicate hands. Which means we’re talking about laptops that have traditionally arrived without discrete graphics and have featured underclocked processors. Meaning they’re as far from gaming laptops as say a tablet or a smartphone.

The new Razer Blade Stealth 13 for 2020 is a little different, in that it’s labelled “The World’s First Gaming Ultrabook” – a tagline that as per the official product page has its own trademark to boot. It’s an impressive engineering feat on the part of Razer, and thanks to the Max-Q Design of the NVIDIA GeForce GTX 1650 Ti the “gaming” claim is not without merit. More importantly, the thin and sleek aesthetic that has always been the Razer Blade Stealth way remains intact. 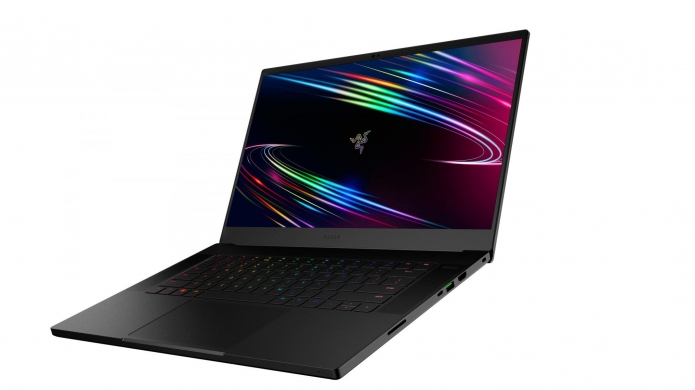 With its 13-inch display and lightweight build – the Razer Blade Stealth 13 weighs in at 1.41kg – the first impression you get is pure ultrabook. Sleek, small, thin, and light. Tick, tick, tick, and tick. Sorry, big Willy - no boom here.

It’s an impressive engineering feat on the part of Razer, and thanks to the Max-Q Design of the NVIDIA GeForce GTX 1650 Ti the “gaming” claim is not without merit.


And in keeping the same minimal Razer Blade style of all-black with slightly rounded corners, a logo, and minima bezel – as seen in the bigger Blades, you could look at this as a sort of miniaturised console. A Razer Blade Mini if you will. More than a fun comparison to make, the fact that this new Stealth is positioned as something to game on as much as it can be used for other non-game things – there’s a feeling that this is something new, something exciting. Even though it looks like the previous Blades we’ve seen over the past year or so.

Outside of the aesthetics, credit is also due with how the input layout manages to fit in arrow keys for the keyboard and a decently sized and positioned track-pad for all the pointing and clicking. As an Ultrabook the keyboard feel is entirely low-profile – but on that note with a mouse plugged in we were impressed with how easy it was to adjust and become comfortable with more demanding titles like DOOM Eternal. 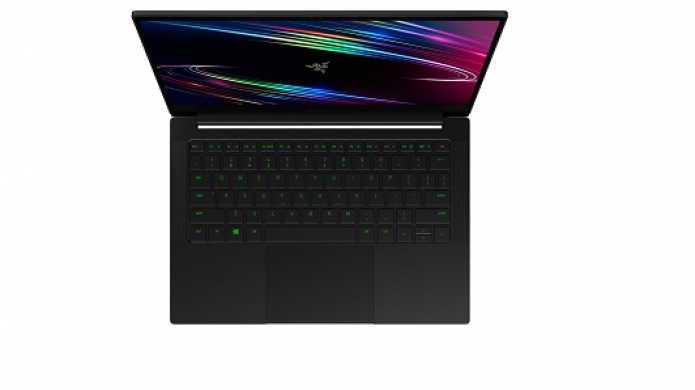 
Hardware-wise the most impressive and important part of the new Razer Blade Stealth 13: 2020 Edition is the inclusion of NVIDIA GeForce GTX 1650 Ti graphics. Thanks to the smaller-size and low-power requirements of NVIDIA’s Max-Q Design the benefits are immediate and impressive.

This is a gaming ultrabook that doesn’t get loud under load and drown out nearby jackhammer construction with “cooling noise”.


And sure the 1650 Ti is what you would consider entry-level or low-end when it comes to gaming laptops, but the Turing architecture and speed coupled with the Razer Blade Stealth 13’s CPU and fast memory leads to decent 1080p gaming across a range of titles. Something that would have been impossible in previous revisions that used integrated Intel graphics.

The Razer Blade Stealth 13 we tested for this review came with a 120Hz 1080p display capable of 100% sRGB – and in terms of the 13-inch image, the resolution was more than enough to ensure a crisp, clean, and vibrant image across all tests. Best of all, due to the less-beefy nature of the GPU and the more mobile Intel Core i7-1065G7, this is a gaming ultrabook that doesn’t get loud under load and drown out nearby jackhammer construction with “cooling noise”.

Elsewhere the Razer Blade Stealth 13 keeps things very much in the realm of 2020, with fast Wi-Fi 6, Thunderbolt 3 for expansion, and USB-C for modern peripherals and external storage solutions.

Interestingly after the initial “hey this looks cool” vibe that comes from seeing the Ultrabook-sized Razer Blade Stealth in person, it was gaming on a 13-inch display that felt a little new and different. Even after several hours. That probably came down to the fact that not many, if any, 13-inch laptops out there are sold as gaming units. In the past the closest we’ve seen is a combo where you Voltron a slim laptop with an external GPU case and then point a sword in the sky and wait for some lightning.

That said, our benchmarking did put the GPU and Razer Blade Stealth 13 to the test. The results may not be on the high-end but for a 13-inch Ultrabook - again - it’s impressive stuff.

A device like this is never the result of a single component, and coupled with an impressive CPU, fast memory and storage, and modern design touches – not to mention a great 1080p display (a 4K model is also available) – the new Razer Blade Stealth certainly lives up to its promise of doubling as a portable PC gaming device. Fitting everything inside a sleek build comes at a cost, in that it’s not cheap, so if you’re looking for something strictly for gaming then it's difficult to see how the Stealth might, well, sneak into the picture.