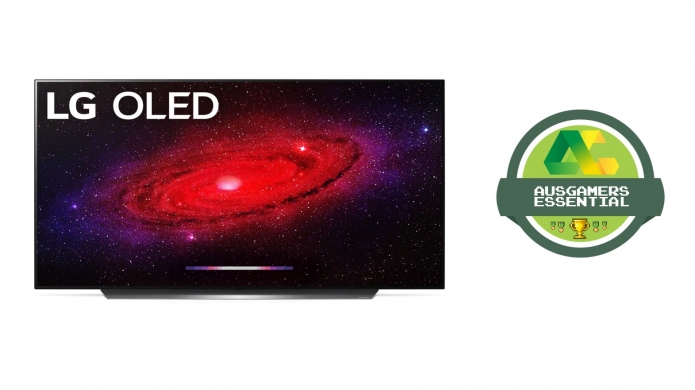 You may know a little bit about OLED technology and how it differs from regular or Q-powered LED displays. You might know that the O weirdly stands for Organic, and that its sci-fi sounding ‘emissive electroluminescent layer’ emits light based on the response of an individual pixel. There are millions of pixels in a 4K display so the whole ‘self-lit’ effect is immediate and stunning. Or, you simply recall someone saying that the black-levels on an OLED TV are the best in the business. No matter your understanding, for those that have looked into picking up a 4K TV in recent years -- you’ll be aware that the LG OLED range has built up a reputation on picture quality alone.

But, with the release of the PlayStation 5, Xbox Series X, and new PC graphics hardware from both NVIDIA and AMD on the horizon -- an entire generation of interactive entertainment is about to kick off in a matter of months. Great picture quality is merely the jumping off point. Choosing the right display in 2020 is a decision that carries a little more weight than simply pairing it with modern streaming services and current gaming consoles.

As the latest LG OLED, dubbed the X-series -- as in tenth generation -- the CX presents a high-end display that takes OLED technology forward in meaningful ways, with new underlying chipset technology and support for next-gen features like variable refresh rates (the CX is G-Sync Compatible) and Dolby Vision for pristine industry calibrated colour and HDR. All design decisions that feel tailor-made for 2020, 2021, and beyond. 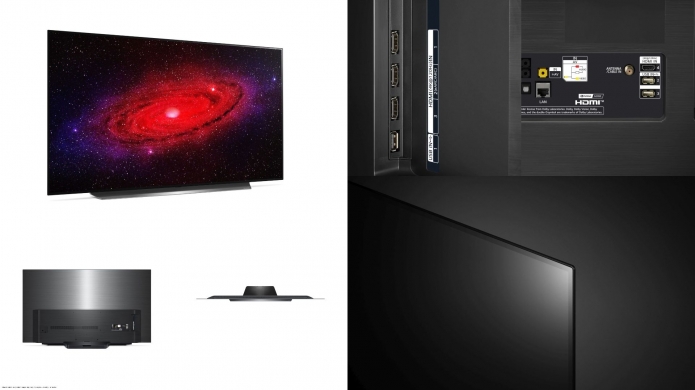 
Although the whole ThinQ AI stuff is in reference to LG’s OLED being able to serve as a hub for an entire smart home made up of LG devices purifying the air, washing dishes, and slowly plotting to send a machine back in time to stop John Conner -- the ThinQ part of the TV might as well be in reference to the stylish look of an LG OLED sitting on a cabinet.

Essentially a piece of magical glass, like the stuff they use on Krypton as jail cells, the near bezel-free panel of the LG CX 65 sits atop a brushed chrome base. And in the best possible way, it becomes one with its surrounding like an ancient proverb you might find on a daily calendar. Although at 65-inches its presence will be more than obvious to anyone walking into a room – even when displaying art in screen-saver mode – the LG CX 65 is still something you’d consider minimal.


Where the design and features enter the realm reserved for the best, comes with the calibration options and settings (powered by the new a9 Gen3 AI Processor) that can do most of the switching and brightness adjustments and tweaks for you on the fly. Seeing the Dolby Vision IQ mode automatically adjust picture and HDR settings when the relevant signal is detected is welcome and the results are impressive. Especially for the many out there that stick to whatever presets come loaded on a new TV.

That said, the review unit broke the cardinal rule of still having motion-plus activated on a filmic 24-fps signal.

Motion smoothing aside, the stand-out here is the natural look and feel of Dolby Vision IQ’s automatic adjustments and the LG OLED’s industry recognised FILMMAKER MODE. There you get contrast, brightness, colour, and all manner of gamma-greyscale gradient what-have-yous calibrated according to the rules set by the big wigs at Hollywood. You can almost see Christopher Nolan sitting back in his director’s chair giving LG a silent nod of approval as they humbly present the latest OLED to the god of cinema. Ahem. Anyway, the effect is like seeing a graphic designer’s monitor for the first time and wondering why the images on it looks so good.

Explaining the OLED difference is simple, any dark scenes or transitions or sections of an image that are supposed to be black will be exactly that. The result not only looks as if the TV has turned off, especially in scene transitions or fade-to-black commercial interludes, the OLED panel for all intents and purposes is momentarily turning off. With each pixel lit on an OLED depending on the signal it receives, if that signal is black it stays black. Compared to traditional LCD panels across VA, IPS, and other backlighting methods the difference is night-and-day. Even on the most zoned out of zoned filled lighting, the difference is noticeable.

"You can almost see Christopher Nolan sitting back in his director’s chair giving LG a silent nod of approval as they humbly present the latest OLED to the god of cinema.”


It might sound like OLED is the way to go, case closed, pop the champagne. And that everything in the realm of LCD should be OLED – but there are caveats. For one it’s a technology that is far more expensive to produce, more prone to manufacturing defects, and up until recently nowhere near as bright a say a high-end IPS display where you can find eye-melting HDR-1400 monitors that go up to 1600-nits of brightness. Or, as responsive. Brightness or peak-brightness is an important measurement in a modern 4K display on the account of it being the all-important factor in how good the HDR implementation is.

The LG CX 65’s peak-brightness is good but not spectacular, the HDR is detailed and the effect is impressive and vibrant compared to non-HDR signals. It’s just that other LCD technology has also gotten brighter too, and it’s one area where the OLED falls slightly behind. But, with OLED brightness and response times better than ever, the trade-off feels worth it. Unrivalled black-levels that add depth, dimension, and warmth to a scene. Plus, the LG CX 65’s decent for gaming response time is just the starting point. Thanks to several key advances made by LG its OLED range now has a distinct advantage when it comes to gaming.

The latest range of LG OLEDs are G-Sync Compatible, meaning that any game signal rendered by a NVIDIA GeForce GPU that is sent to the LG CX 65 – as long as it’s above 40Hz (or 40 frames-per-second) -- the display will match the refresh-rate on a per-frame basis. Playing games on a variable refresh rate G-Sync display is one of those “once you see it you need it” affairs, where everything looks and feels smooth and crisp even when the frame-rate varies wildly or dips here and there.

Paired with crisp 4K 120Hz HDR the LG CX 65 is something to behold. But even here there’s a caveat – this HDR version of the signal is reserved for HDMI 2.1, meaning that current RTX graphics cards aren’t fully supported. On that note it’s expected that the next generation of GeForce RTX GPUs in addition to the Xbox Series X and PlayStation 5 will support the new HDMI standard so if you’re goal is to get a next-gen display that is perfect for the next-generation of gaming then the LG CX 65 is most certainly a display that’s got you covered and then some. Stuff like HLG is exciting because it means what Microsoft is doing to add HDR to backwards compatible titles on the Xbox Series X will look great here.

"Playing games on a variable refresh rate G-Sync display is one of those “once you see it you need it” affairs, where everything looks and feels smooth and crisp even when the frame-rate varies wildly or dips here and there.”

Perhaps the secret weapon, outside of G-Sync support and the HDR-enabled 120Hz refresh rate, is that the game mode of the TV features the full benefit of OLED picture quality where standard LCD displays switch off backlighting improvements for the sake of response times. Which means you no longer have to ignore or calibrate various game modes to get the image looking as good as it can be. From Assassin’s Creed Odyssey to The Last of Us Part II to Control running on an RTX 2080 Ti – the results on the LG CX 65 are always stunning, with or without HDR.

In the end, that’s the story when it comes to the LG CX 65. Amazing picture quality with industry leading black levels and colour calibration that is on point, paired with no fuss plug-and-play interaction and cutting-edge next-gen ready features. Even the app side is stellar with WebOS allowing for lag-free calibration, customisation, and browsing through the latest Netflix 4K offerings or your own personal Plex media library.
Latest Comments
Link