Is it game enough to fill the Gerudo Valley-sized gap in our collective souls? Can it quench the unquenchable heart that lies still, awaiting the return of Link in Breath of the Wild 2?
Hyrule Warriors: Age of Calamity Review - A Link to the Past
Blue Yeti X Review
Review By KostaAndreadis @ 03:03pm 19/05/20 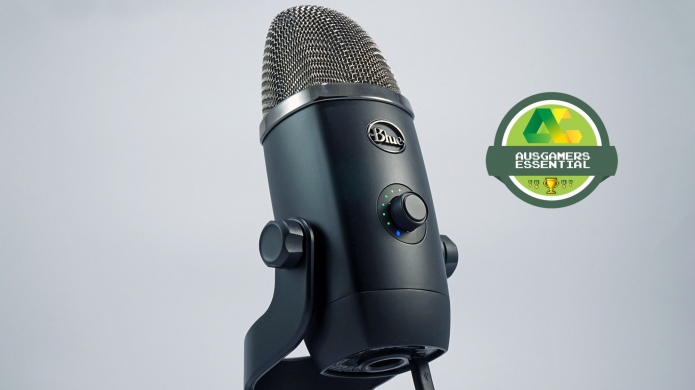 With streaming, broadcasting, and even video conferencing (thanks to the current Zoom-world in which we live), the very idea of the home recording and broadcasting studio has changed. No doubt it’s something that will continue to evolve as the decade progresses, but the fact is in 2020 you can get a professional-grade microphone that connects to a PC or laptop via USB. And much like a recording studio from the pre-internet age of the music industry it will sit there waiting to accept your dulcet tones and baritone harmonies.

In this review we’re talking specifically about the Blue Yeti X from the company that has built somewhat of a peerless reputation when it comes to computer audio recording – Blue. For its range of USB microphones, the Yeti X is the top-of-the-line and doesn’t cut any corners when it comes to build quality, recording quality, features, and versatility. This is the sort of microphone where you could record vocals for a new electronic synth opera or pick up an instrument to capture some vintage and crisp unplugged grooves. Or fire-up OBS and kick start another evening on Twitch. Which, in a way, made us feel a little silly making the very first test we did was join a Discord chat. 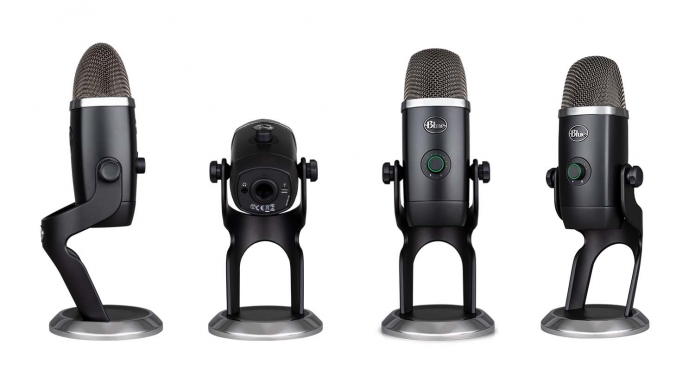 With a long history of creating non-USB microphones for the audio world it’s worth taking a moment to point out that – much like with speaker technology – underlying audio tech isn’t something that changes all that much. As in the analogue stuff that creates or captures sound. This is to say that a great microphone or a great pair of speakers from the 1980s will still be that today – great.

“The Yeti X is top-of-the-line and doesn’t cut any corners when it comes to build quality, recording quality, features, and versatility."


On this front, the Blue Yeti X features what you would call high-fidelity recording with the ability to capture a wide frequency of sounds with the clarity and depth you’d find on a professional recording. A USB microphone that can stand up to an XLR setup.


Where it excels comes from the harmonious unity between the analogue and the digital thanks to the USB interface and the robust Blue VO!CE audio software. But it’s with the hands-on approach to the physical design of the Yet X – where you have direct control and visual feedback over its main features without the need for software – that highlight its stellar design. Tactile feedback without having to look at a screen is something of a god-send in the audio world, and the Yeti X features things like a high-quality LED meter for your voice/recording in addition to being able to switch between the various Polar Patterns on the fly.

Omni Mode
Omni mode picks up sound equally from all around the mic. It’s best used in situations when you want to capture the ambience of "being there," like a conference call.

Bidirectional Mode
Bidirectional mode records from both the front and the rear of the microphone. It is ideal for recording or streaming interviews between two people.

Stereo Mode
Stereo mode uses both the left and right channels and is ideal for capturing a realistic sound image when there are multiple sound sources in front of the mic.


Which covers all the different settings where one might need or use a microphone on a computer setup – from streaming to podcasting (stay tuned to AusGamers on that front) to recording instruments. Pair it with software and you not only get full RGB customisation but precise controls over voice equalisation, the compressor, limiter, and various high-pass filters and gates and noise reduction sliders.

Okay, so that string of audio recording terms will no doubt be familiar to seasoned streamers or recording artists with dope-as-hell albums – so it’s good to see that the Blue VO!CE audio software (available as part of the Logitech G HUB or via Blue’s own app) features a suite of presets you can simply switch between.

The sound quality of the Blue Yeti X is impressive – detailed with a noticeable range that sits firmly in the realistic realm. No harsh crispness or post-processing or any perceivable audio limitations on show. Even the background noise reduction is on point – especially when in Cardioid Mode. For recording podcasts or streaming content over the web, it adds a professional flair over any headset microphone one might use as an alternative – with the difference being as impressive as the sturdy and high-quality build of the Yeti X itself.

“The sound quality of the Blue Yeti X is impressive – detailed with a noticeable range that sits firmly in the realistic realm."


Weighing in at just under 1.3 kg it’s got the feel of a piece of kit that doesn’t mess around – metal, heft, and some fine curves. When paired with monitoring headphones like Audio Technica’s ATH-M50x, you’ll feel like you’re in a recording booth ready to change the broadcast or music world forever. In the end it’s the high-quality of the Blue Yeti X where the appeal becomes somewhat limited. If all you’re doing is chatting over discord or participating in meetings, then a headset with a mic is all you need.

But, for those in the content creation game – recording voice for video, streaming over Twitch, podcasting with friends, or even creating a little music then there’s no need to look any further. If your wallet can take the hit, the USB microphone question begins and ends here.
Follow Us
Latest Reviews
More...
News Feed
Advertisement
Latest Threads
Log In
Create Account | Lost your password?