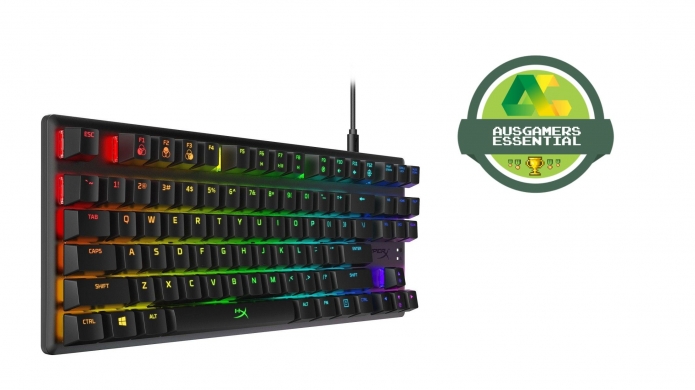 When we reviewed the HyperX Alloy Origins mechanical keyboard late last year, we were impressed by the build quality, performance of the mechanical switches, and the bright, vibrant, RGB lighting. Which is to say that plugging in the tenkeyless version – the HyperX Alloy Origins Core - it was the latter that brought those impressions back. Like a light being turned on to reveal a rainbow-lit room of mechanical keyboard memories. With exposed LEDs the RGB featured in the new Alloy Origins range from HyperX can be tuned to be as bright or subtle as you want it to be – and then even, brighter still.

Beneath the flashy lights though the latest HyperX keyboards house the hardware maker’s first proper go at developing its own line of mechanical switches, which is the going trend now. In the past the keyboard range from HyperX has relied on third parties, from well-known brands like CherryMX to others. In terms of feel HyperX opts for tactile with lower actuation, giving off a slightly different feel that sits somewhere between productivity and pure performance. 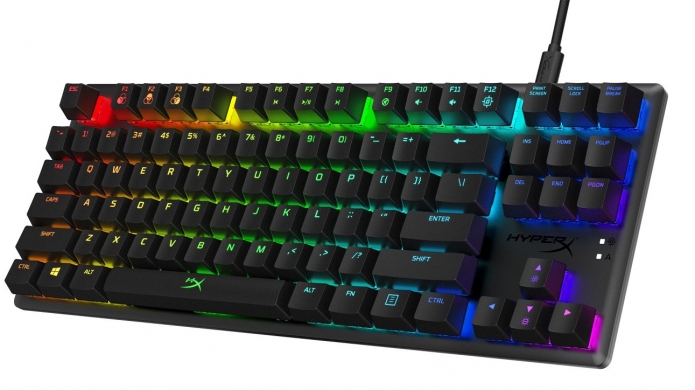 In terms of actual look, the HyperX Alloy Origins Core is of the compact tenkeyless variety. A style that if you’re not used to can take some time to adjust – and shake that ‘there’s something not right’ feeling akin to a sci-fi tale where an entire town has been replaced by aliens. What with the missing numpad, a part of the keyboard most of us barely use unless we’re in accountant mode. This biggest hurdle is adjusting to the smaller size, with the Origins Core being one of the physically smallest keyboards we’ve tested in recent months.

“HyperX opts for tactile with lower actuation, giving off a slightly different feel that sits somewhere between productivity and pure performance."


Another area the HyperX Alloy Origins impresses though is with its sturdy build quality made from “aircraft-grade aluminium” – translation, metal. This in turn gives it weighty feel that will sit comfortably in place on a desk or surface thanks to its near 1kg heft. That said, the look itself is sleek and modern with floating key design, minimal flourishes, and rounded edges. As fans of keyboards with a minimal approach to design there’s a lot to like about the HyperX Alloy Origins Core, where less is more, and programming and additional features are tied to software and alternate functions. A welcome touch though is the detachable USB-C cable that adds some portability and versatility. 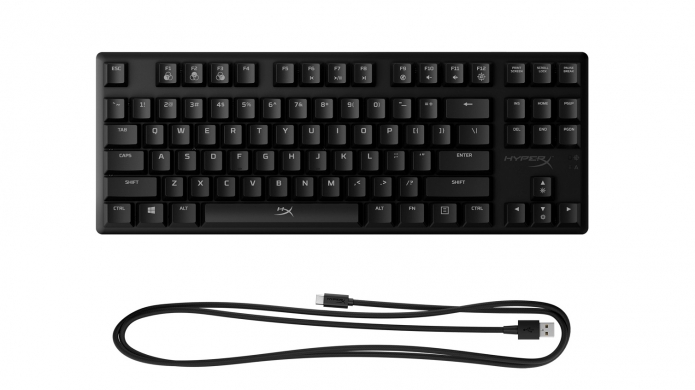 HyperX as a brand has in recent years partnered with several esports teams and used this as a means to collaborate with pro-players in the design of its peripheral range. For the new HyperX switches this can be found, again, in the lower actuation that sits in between pure gaming and productivity. Compared to similar CherryMS offerings it’s 1.8mm versus 2.0mm, so it’s not quite in the realm of touch the key and it will press. Helpful for alt-tabbing between rounds of Call of Duty: Warzone to post a message or two in Discord.

Like its big-brother there aren’t many frills or add-ons to be found here – no detachable wrist rest, no dedicated media buttons, or really anything other than being a solid mechanical keyboard. In a way these can be viewed as detriments but mostly it positions the HyperX Alloy Origins range as something of a plug-and-play device that is exactly what it, well, is. Thankfully you do get on board control over dimming the exposed LEDs which can turn any darkened room into a multicoloured dreamscape. 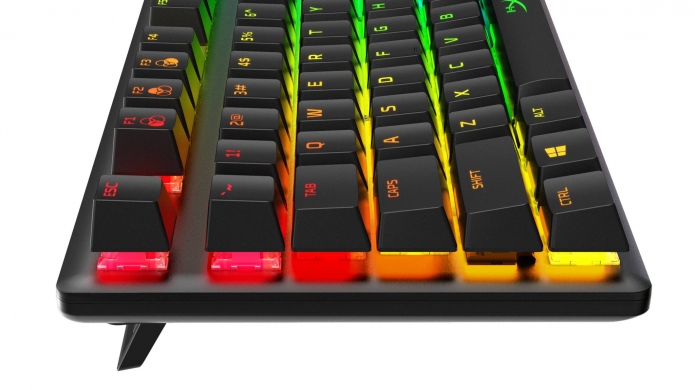 Performance-wise we didn’t notice any difference between the Red Linear HyperX switches of the Alloy Core Origins and the Alloy Core we tested late last year. Across first-person efforts like DOOM Eternal, Call of Duty, Overwatch and even retro fare like DOOM 64 and strategy titles like Total War: Warhammer II (there’s never a bad time to not start a new campaign). The tactile nature of the switches proved to be great across all gaming genres and even basic day-to-day tasks like sending emails out. Or, writing a review.

“Like its big-brother there aren’t many frills or add-ons to be found here – no detachable wrist rest, no dedicated media buttons, or really anything other than being a solid mechanical keyboard."


The HyperX switches are great in that they hit that sweet spot for those of use that game and work on the same rig, plus being able to easily carry it over to test out in a laptop environment is a plus. In our review of the bigger Alloy Origins we noted that the HyperX NGenuity wasn’t as good as some of the competition out there – a sentiment that still rings true. But, when it comes to after that initial setup we find that keyboards are the sort of peripheral where you don’t really keep going back to fine tune settings. And on that note, if you’re happy to tap away on a tenkeyless then the HyperX Alloy Origins Core is a great choice. Vibrant, minimal, tactile, sturdy, and reliable.
Latest Comments
No comments currently exist. Be the first to comment!
You must be logged in to post a comment. Log in now!
Follow Us
Latest Reviews
More...
News Feed
Advertisement
Latest Threads
Log In
Create Account | Lost your password?