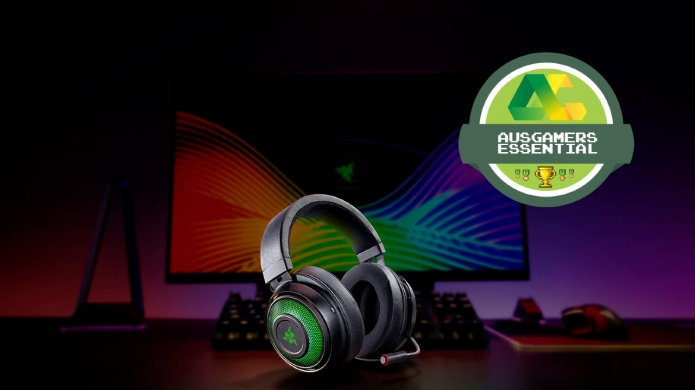 The Kraken has returned, this time in Ultimate form. The latest in the long-running headset line from Razer opts for a hardwired USB-connector in favour of the versatility that comes from 3.5mm adapters and out-of-the-box plug-and-play functionality with multiple devices. The trade-off is immediately noticeable, but there are also benefits that come from focusing on delivering an exceptional PC-only gaming headset via USB. Complete control over the audio, amplification, and DAC means features like THX Spatial Audio have the room to shine. Add in improved software control, and Razer’s latest Kraken is impressive - if a tad on the expensive side.

The Razer Kraken is also something that has seen steady evolution over the years with the Ultimate carrying forward the changes we’ve been seeing in recent months – from the new oval cushion shape of the cups to a shift away from bright neon green. In fact, one of the features we were immediately drawn to be the Razer Chroma RGB integration which adds a vibrant and stylish glow to both ears, making this easily the best-looking Kraken to date. 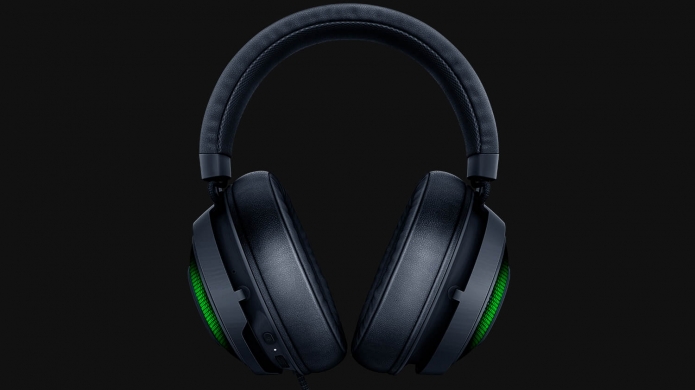 Of course, the quality of a gaming headset ultimately comes down to the quality of the audio that you end up hearing, the clarity, depth, and additional enhancements specific to the various forms of entertainment we consume – the first and foremost being videogames. In terms of the underlying hardware the customer 50mm drivers that have shown up in the various Kraken headsets over the past couple of years have been uniformly impressive in the frequency response and clarity departments. The Ultimate keeps thigs well within the realm of ‘as expected’ when it comes to the pure numbers but where it ultimately comes together is with the tuning that takes full advantage of THX Spatial Audio and the ability to fine tune each and every setting.

“Complete control over the audio, amplification, and DAC means features like THX Spatial Audio have the room to shine."


THX Spatial Audio is essentially another virtual surround offering that emulates the feeling of surround using what is traditionally a stereo delivery method – headphones. Virtual Surround has been a part of Razer’s Synapse software for quite sometime and THX Spatial Audio represents the best version of this to date. Wisely default applications like movie and music players default to stereo output so can get an immediate feel for the difference turning the effect on can have. When playing games like Overwatch or Assassin’s Creed Odyssey, or other titles designed to take advantage of surround the results are mostly impressive – and highlight the clarity, punch, and range of the Razer Kraken Ultimate. 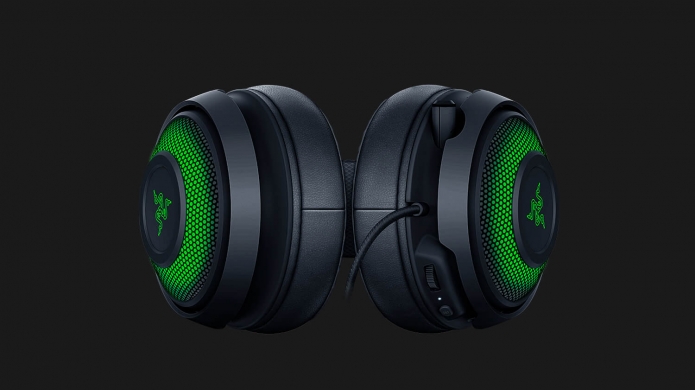 With its aluminium frame and “eyewear-friendly cooling gel cushions”, the Razer Kraken Ultimate is comfortable and the sort of headset you can wear for a few hours without feeling the pressure or heat. The quality of the build is uniformly excellent – sturdy, flexible, and chunky in all the right places. In a way the Kraken design and shape has become a hallmark of sorts of the PC gaming scene in recent years and the Ultimate takes this all once step further with the wonderfully subtle as you want it to be Razer Chroma lighting – which sitting under the aluminium mesh shell surrounding ear is as subtle as it is prominent. If such a thing were possible.

There is one drawback, well two, that both feel like they hold the Kraken Ultimate just a few short steps away from greatness. The first is the slightly overweight build of 390 grams – which is a bit of an ask for those that would want to wear these for any sort extended period. The other comes with the stiff USB-cable, which although is 2-metres in length it doesn’t really hang as loose as you’d want – or might have experiences with other wired headphones or headsets. The quality of the braided cable isn’t the problem, and the stiffness seems to have built into the design. As this is the first time, we noticed this as a problem, going back to check older Kraken models we were surprised to find that the ‘older’ cables were nowhere near as stiff as the Ultimate’s. 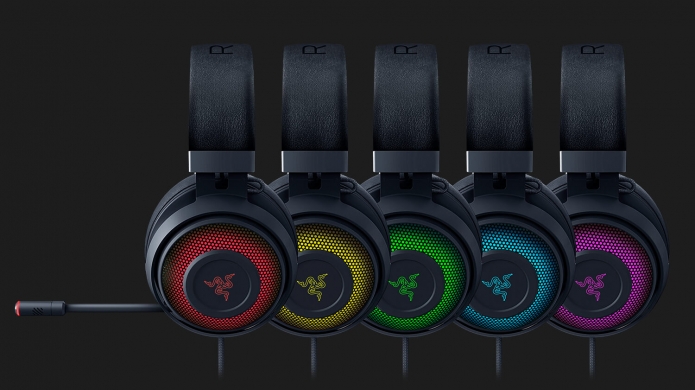 If the stiffness of a cable and a slightly heavy build are the only two drawbacks, then you can be sure the Kraken Ultimate is another impressive bit of audio tech from Razer. Although versatility across multiple devices would have been nice to have, we rather enjoyed getting the same sound quality across our gaming PC and on-the-go gaming laptop via the dedicated USB-connection.

“ The quality of the build is uniformly excellent – sturdy, flexible, and chunky in all the right places."


And when it comes to the overall audio, THX Spatial Audio is one of the better virtual surround enhancement tools out there – one that also wisely lets you stick with traditional stereo output for stuff like music and movies. The Synapse Software from Razer is also in a pretty good state and the overall ease at which you can adjust settings (even going as far as changing the positioning of each of the virtual surround speakers) is commendable. But make no mistake about it, using Synapse to adjust audio is a must and unavoidable due to the overall out-of-the-box balance being weighted towards gaming. Being able to switch between various apps and have the Synapse software know when to go from stereo to surround is something that alleviates the need for constant tinkering.