We sit down with Typhoon Studios’ Alex Hutchinson to talk about the studio’s first game, comedy, co-op, and striving to be the fourth-best.
Journey to the Savage Planet - Developer Interview
The C64 Review
Review By KostaAndreadis @ 01:21pm 03/01/20 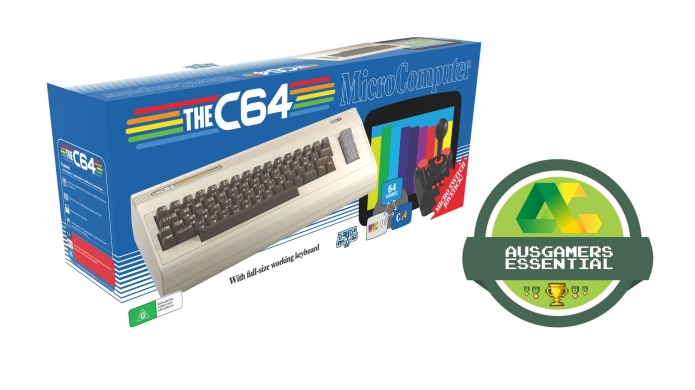 In the 1980s a home computer was viewed as an all-in-one solution that brought the power of NASA or another similarly high-tech company into the home. And each new home or personal computer from Apple or IBM or Tandy or Commodore was its own version of that idea. So, if you had a Commodore 64, you used it to play C64 games and run C64 apps.

Released in 1982, over the course of the ensuing decade - the 1980s - the Commodore 64 became the highest selling home computer of all time. A fact that is in and of itself a testament to a time when the home computer was more like a home console, in that one Commodore 64 or Apple II was identical to another. Also, it speaks to sheer popularity of The C64. Nowadays a PC is rarely branded and almost entirely made-up of varying parts from different manufacturers, so the best-selling computer of all time is still the Commodore 64.

As a computer the Commodore 64 fostered amateur development, through simple-to-learn programming, and due to its low-cost was able to connect to everyday TV sets and support any number of peripherals from printers to joysticks and even cassette tape loaders. The C64 is not a mini-version of the Commodore 64 ala something like the Mini SNES or Mega Drive Mini or the Mini C64 that debuted in 2018, but instead a full-sized replica that emulates the look and feel of the classic computer. 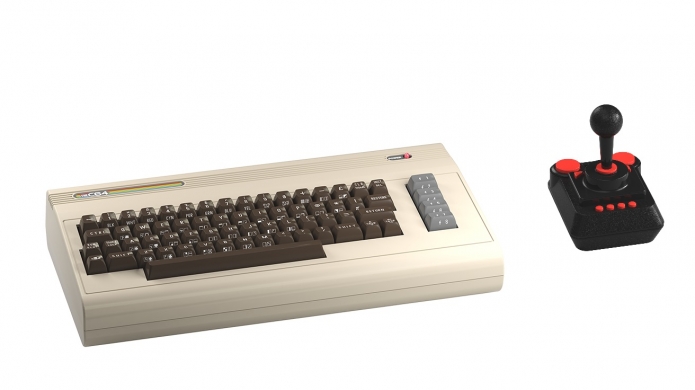 This is something that is immediately felt during the all-important and genuinely fun unboxing side of the installation. We use that term loosely as ‘installing’ is as simple as connecting The C64 up to a modern-day HDTV via HDMI cable and USB/AC power source. First thing, being a replica means that you get the full-sized keyboard build of classic C64 hardware – in a durable shell that has the sort of old-school beige that captures the feel of the 1980s computer. The quality of the keys may not be on-par with modern keyboard tech, but the result is tactile and responsive, and firing up The C64 for the first time you even get the option to load-into BASIC or what’s dubbed Carousel Mode.

"Released in 1982, over the course of the ensuing decade - the 1980s - the Commodore 64 became the highest selling home computer of all time."


The latter, Carousel, will be familiar to those who have had any experience with a mini or retro piece of emulation in recent years. Here you get a menu of games, info, retro box-art, screenshots, that lets you quickly jump straight into one of the 64 classic games on offer (a list that also includes a recently released C64 game) for that immediate plug and play retro gratification. Where The C64 becomes interesting is in its ability to boot straight into BASIC – which is where the Commodore 64’s unique keyboard and alternate key functions begin to make more sense. Especially compared to using a software emulator on a regular desktop PC.

The addition of multiple USB ports also allows for loading any and all compatible C64 software or games or anything not covered by the pre-installed library. This feature works wonderfully, but you’ll need to hop into online tutorials both official and unofficial to learn or re-learn how it all works. A beginner’s guide in book form to the C64 and programming would have made for a great bonus pack-in item. But again, all the resources you need are online.

For the full list of games – head here. There’s a lot on offer including notable classics like California Games, Paradroid, and Impossible Mission – all presented in their original 8-bit glory. Well, dated glory. In terms of graphics, the C64 sits somewhere between the Atari 2600 and the original Nintendo Entertainment System so the heavily pixelated visuals and handful of colours look every bit like something from the early-mid 1980s. Albeit scaled well and running in HD with emulation that from what we could tell by going through the catalogue, is spot-on.

"The addition of multiple USB ports also allows for loading any and all compatible C64 software or games or anything not covered by the pre-installed library."


The included 64 games are a bit lacking though, especially if you plan on using this in Carousel Mode only. The list excludes many of the more well-known Commodore 64 games from the decade. Understandable when you factor in publishing rights and how computer games were released in the ‘80s. Thankfully the expandable nature of the device which has the unit behave and act like an actual Commodore 64 means you can use The C64 to run Lucasfilm Games titles like Maniac Mansion and Zak McKracken and the Alien Mindbenders in addition to Sid Meier’s Pirates! and many others.

The handy official resource page offers guides and tools for quick USB file loading, introductions to programming in C64 BASIC, and other tips for becoming a master in the ways of the Commodore 64. In the end it’s this side of the package, in addition to the solid and retro like-for-like look and feel that make The C64 a great addition to any retro collection.
Latest Comments
No comments currently exist. Be the first to comment!
You must be logged in to post a comment. Log in now!
Follow Us
Latest Reviews
More...
News Feed
Advertisement
Latest Threads
Log In
Create Account | Lost your password?