We sit down with Ripple Effect to talk about Battlefield Portal, the mode that brings classic maps, modes, and factions from 1942, Bad Company 2, and Battlefield 3
Battlefield 2042 Interview - Inside Battlefield Portal
HyperX Pulsefire Dart Wireless Mouse Review
Review By KostaAndreadis @ 05:05pm 14/11/19 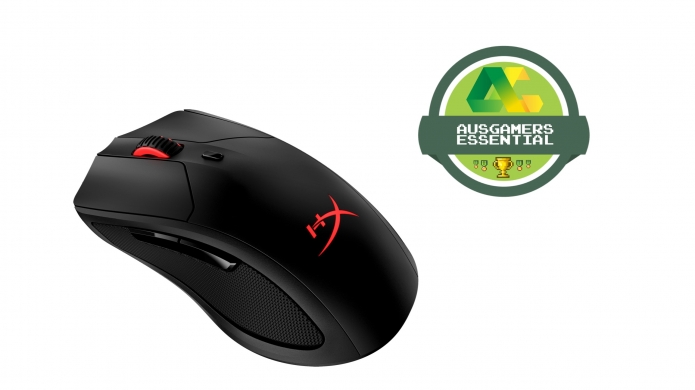 Okay, so let’s get this out of the way – the HyperX Pulsefire Dart has a terrible name. Especially for what is essentially the first wireless gaming mouse from HyperX. In keeping with the Pulsefire naming for its mouse range ‘Dart’ doesn’t feel like the sort of branding you’d apply to your flagship premium product. Not that gaming peripherals have amazing names, or need them, but it’s still worth pointing out because the Pulsefire Dart is a premium wireless offering from HyperX. And the word Dart lacks, well, strength.

In terms of actual hardware though, the Dart sports a high-end Pixart 3389 Sensor (like the ASUS ROG Gladius II we reviewed recently), a long-lasting battery, and cool features like Wireless Qi charging. Plus, it’s is a great choice for those that also prefer a slightly wider-than-usual grip. Which is the thing we first noticed when gripping the, err, Dart. Again, such a bad name. 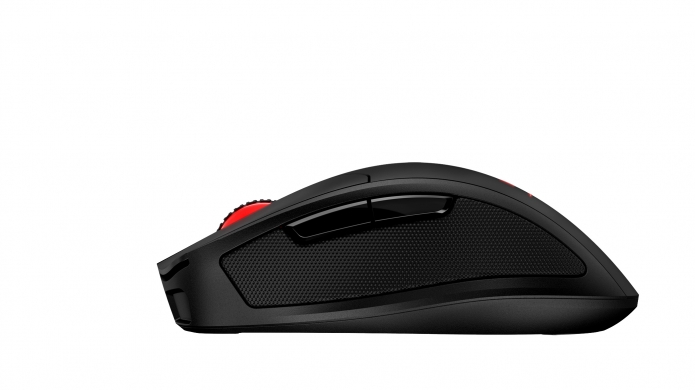 The second thing we noticed was that in lieu of rubberised grips for comfort the Pulsefire Dart includes – and this is genuinely exciting – cushion grips. As a lover of rubberised grips, we didn’t even know that you could put cushion-y sides onto a gaming mouse – let alone a wireless one. We’re glad HyperX did though because it adds a new layer of squeezable comfort that once we got used to was hard to let go of. Back to that first thing though, width. Even though the Dart is relatively lightweight at 110 grams, it’s wider than most wireless mice we’ve tested in recent months. It’s a feel that immediately sets it apart from similar efforts from companies like Razer, Logitech, and ASUS – and truth be told was a design choice that we’re still on the fence about.

“In keeping with the Pulsefire naming for its mouse range ‘Dart’ doesn’t feel like the sort of branding you’d apply to your flagship premium product.”


As per the introduction the Dart does feature a high-end gaming grade Pixart 3389 sensor, which when coupled with 50-million click Omron switches give the overall click-feel and responsiveness an air of familiarity. In that these are components that we’ve seen before, but more importantly seen in great gaming mice before.


Like with the entire range of HyperX peripherals the Dart relies on the company’s NGenuity software for customisation, which is fine, but nothing spectacular. In our own tests we had no issues playing through the entirety of the Call of Duty: Modern Warfare campaign on PC and dabbling in a little multiplayer to boot. Again, as we’re familiar with the Pixart sensor used by HyperX and the responsive feel of the Omron switches the results were as expected. The Pulsefire Dart is comfortable to boot, thanks to its cushioned sides – but there are a few Quality of Life shortcoming in the overall package.

“The Dart does feature a high-end gaming grade Pixart 3389 sensor, which when coupled with 50-million click Omron switches give the overall click-feel and responsiveness an air of familiarity.”


First there’s no easy way to play-and-charge ala Razer or Logitech offerings. The flipside to this is the Wireless Qi charging (which we didn’t test) capabilities of the Dart and the battery life that can be extended to around 50-hours or so with RGB lighting disabled. The other big QoL misfire is that the DPI button is tiny and only a single button, so you need to cycle through the settings if you like to keep more than two DPI profiles at hand.

And of course, there’s the naming.

In the end the HyperX Pulsefire Dart is a solid wireless gaming mouse from the hardware maker – that with some great hardware and excellent build quality make it a great choice for those looking for a comfortable and responsive wireless mouse. Especially if the idea of side cushions interest you. Because they should, and they feel amazing.
Latest Comments
No comments currently exist. Be the first to comment!
Commenting has been locked for this item.
Follow Us
Latest Reviews
More...
News Feed
Advertisement
Latest Threads
Log In
Create Account | Lost your password?