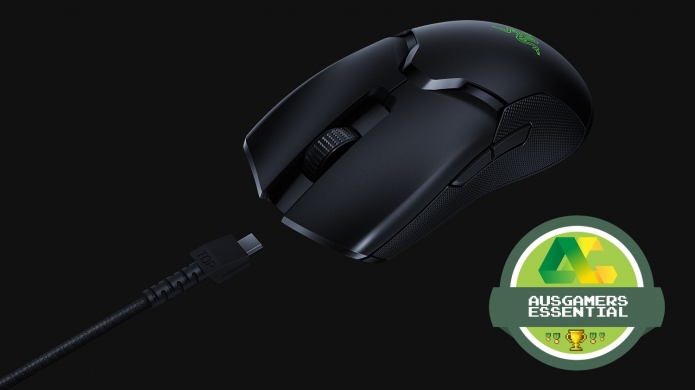 Minimalist fans will surely appreciate the Razer Viper Ultimate. This form-follows-function wireless gaming mouse foregoes fancy bells and whistles in favour of a functional fragging device. Take a look at the marketing material and you’ll see a flagship gamer-centric mouse that’s been designed in collaboration with esports professionals. In execution, the results are certainly on par.

What Logitech started with the Logitech G900 – where wireless play is comparable to wired performance – is continued with the Razer Viper Ultimate. Speaking of the G900, it’s long been my faithful fragging companion since release. And while it took me a while to divorce my mouse hand from the feel of the G900, I don’t think I’ll be going back after falling in love with the Viper Ultimate. 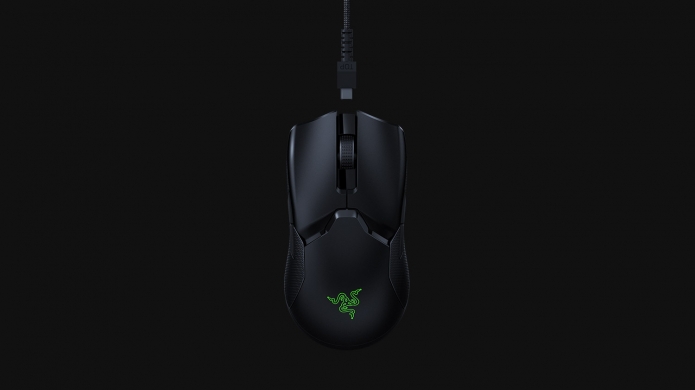 If you like your mice light, then the Razer Viper Ultimate should float to the very top of your wishlist. Compare an incredibly light 74g to the 107g weight of my G900 comparison mouse (the wired Razer Viper comes in lighter at 69g), it’s sturdy and responsive thanks to the comfortable textured grips. In fairness, I prefer the heft of my G900 – I’m one of those gamers who used to add the optional weights to my older Logitech mice like a gym rat setting up some dumbbells.

“If you like your mice light, then the Razer Viper Ultimate should float to the very top of your wishlist.”


So, while I absolutely prefer the feel of a lightweight mouse for everyday use, I kind of miss the weightier feedback for gaming. Some of that no doubt comes down to the learning curve that comes with using a new peripheral for the first time. The light weight and PTFE-coated feet of the Viper does lead to a consistently smooth experience. That said, I’m still waiting for a major mouse manufacturer to follow Lexip’s Pu94 lead and make ceramic feet the new smooth-gliding standard - instead of attempting to compete on the best non-stick material used on frying pans. Ahem.

On a different non-stick non-stick note, I do appreciate the actuation gains of the Razer Viper Ultimate. The impressive Optical Switches beneath the left and right mouse buttons feature a response time of just 0.2 milliseconds. They’re also rated for 70 million clicks, which equates to a lot of Clicker Heroes, or whatever the clicker-genre fiends are into these days. The Optical Switches is where Razer has Logitech beat, according to a comparison between Logitech LightSpeed and Razer HyperSpeed Wireless technologies.

In practical terms, these fractions of a second have led to an overall feeling of faster ADSing and faster firing, both of which are important in high-lethality shooters like Battlefield V, Rainbow Six Siege and Call of Duty: Modern Warfare - all of which I play on the reg. 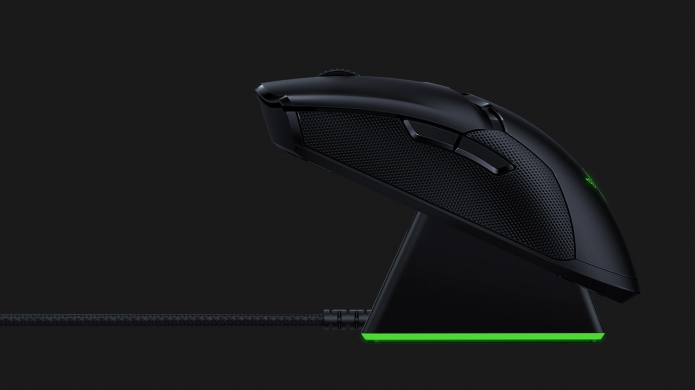 
If you’re an old-man gamer like me, these fractions of a second can lead to noticeable gains in KDR, or mean you’re confidently winning more head-to-head gunfights, so long as you nail your overfall mouse sensitivity out of the gate. While it hasn’t happened to me in-game, I have had a few instances in Windows where the Razer Viper Ultimate has briefly disconnected. Razer claims there are eight programmable buttons on the Viper Ultimate, and while this is true, one of those buttons is located underneath the mouse. More importantly, this button cycles through sensitivity by default: a function that’s separated into up and down buttons on top of the G900. Though used infrequently, the option to, say, raise sensitivity while in a vehicle in Battlefield V, and returning to regular (low, for me) sensitivity when playing as infantry is certainly the kind of gamer-centric inclusion I miss.

“The impressive Optical Switches beneath the left and right mouse buttons feature a response time of just 0.2 milliseconds. They’re also rated for 70 million clicks, which equates to a lot of Clicker Heroes...”


Technically, you could use the Razer Synapse software to modify the mirrored Mouse 4 and Mouse 5 buttons on the Viper Ultimate (both of which sit beneath your ring finger), but it’s not as easy to get to on the fly. I used Synapse to disable them (a very straightforward process), though, which helps prevent against accidental clicks, but it’s good to know that Razer has left-handed gamers covered in the same shell. 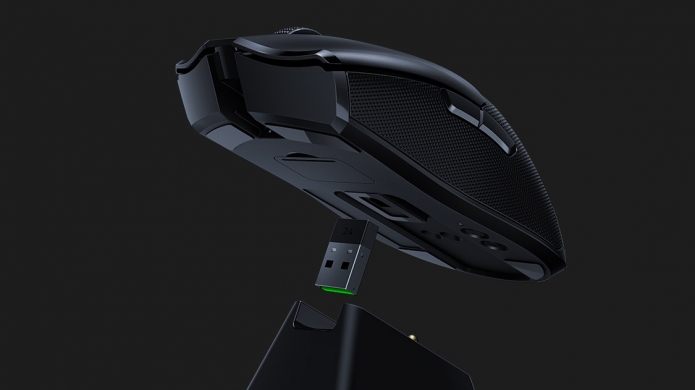 Where Razer sits above Logitech is in how charging is handled. You can use a direct USB connection if that’s your jam, but you can also get into the habit of popping the Viper Ultimate on the included dock when it’s not in use to keep the battery levels high. It’s rated for 70 hours of use (sans lighting), which allows for one hell of an epic gaming session. Heck, you could probably play through the entirety of Red Dead Redemption II. Maybe. It’s certainly never came close to running out of battery power during a full day of work and subsequent night-time gaming sessions.

Optical is clearly the new trend for mouse and keyboard switches, and by offering the choice of wired or wireless (that performs as though it’s wired) mouse configurations for right-handed and left-handed users, Razer has delivered a killer gaming mouse that made me fall out of love with my long-serving G900 for the first time in three-and-a-half years. And on that note it’s safe to say that the Razer Viper Ultimate is a lightweight winner.
Latest Comments
No comments currently exist. Be the first to comment!
Commenting has been locked for this item.
Follow Us
Latest Reviews
More...
News Feed
Advertisement
Latest Threads
Log In
Create Account | Lost your password?