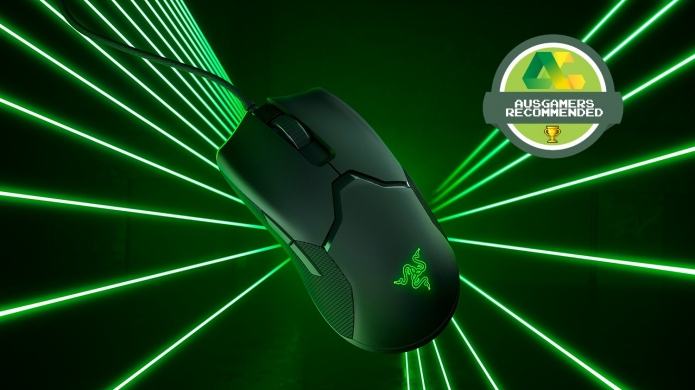 There’s been a recent trend that we’ve noticed with mice designed specifically for competitive gaming, namely first-person titles like Overwatch, Counter-Strike, and Rainbow Six Siege. And that is a need to go light, super-light. If you were to pick up the mouse it’d almost be like holding the plastic shell, a prototype or display model that doesn’t contain any hardware. The new Razer Viper falls into this category, a lightweight offering from the hardware maker that weighs in at a feather-weight 69 grams.

In addition to shedding all that excess weight the new Razer Viper also manages to pack in some notable features that one would expect to find in a mouse designed for gaming. A powerful and reliable sensor, durable clicking and response, and the ability to customise buttons and other settings. 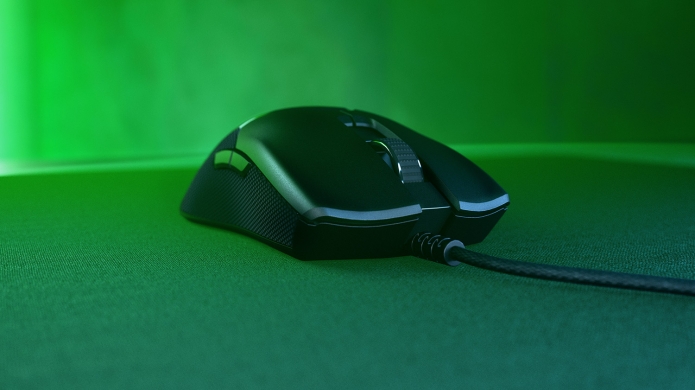 In terms of shape the Viper is ambidextrous and carries with it a similar feel to other mice from Razer that fall into this category. Albeit in a form-factor that presents the lightest mouse we’ve ever seen from the company. The other big change comes with the addition of Razer Optical Mouse Switches, which means clicks are registered via infrared light beams as opposed to mechanical parts. This no doubt helped in getting the overall Viper weight down, but also has the added benefit of bringing down response times. In practise, and theoretically, it means the firing of a digital weapon triggers quicker with the Viper than it would with another mouse.


Price-wise, the Viper falls into more of a premium price-range – especially for a wired device. The choice to go wired of course adheres to the professional and competitive ambitions for the device, where wireless doesn’t cut it on the pro esports circuit. That said, the USB-cable here is one of the best we’ve seen – braided, flexible, soft, and sturdy. Never feeling like a burden or something that interferes with the 69 grams of the Viper. Because, really, at that sort of weight we wouldn’t be surprised if using the Viper felt like moving one end of a cable. Thankfully, it doesn’t. 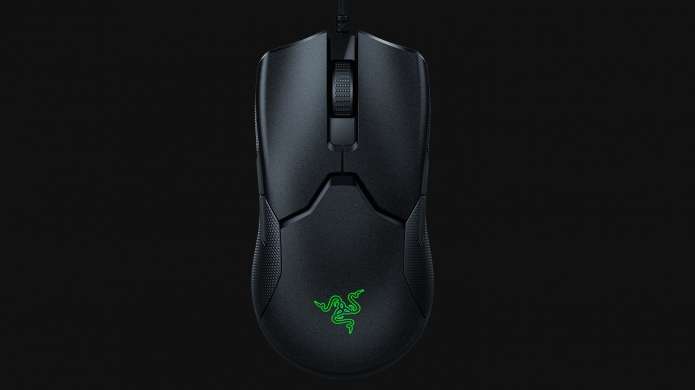 It’s also worth noting that even though the weight of the Razer Viper is one of the lightest you’re likely to find on the market, Razer still managed to put a Razer Chroma-powered RGB logo on it.


In terms of underlying hardware, the new Razer Viper features some of the best components that the company currently offers. From the relatively new and cutting edge 5G sensor that can have its 16,000 DPI sensitivity adjusted and tweaked in increments of 100, in addition to working on a variety of materials and surfaces. To the scroll-wheel found across the brand’s offerings and the excellent build quality.

Where it falters a bit, design-wise – outside of the DPI switcher being located on the bottom of the mouse – is two of the programmable buttons being located on the right side. The left side buttons are comfortable and familiar but the right-side buttons, in an ambidextrous design, for the most-part felt the opposite of that. In testing the Razer Viper across a suite of titles – including Overwatch, Rainbow Six Siege, and less demanding games like Sea of Thieves and Remedy’s Control we rarely if ever made use of them for this very reason. So, on that front without buttons on top near the scroll wheel, it kind of feels like the Razer Viper only has two extra programmable buttons that you’d use.

That said, the Razer Viper is an excellent choice for competitive gaming – specifically first-person shooters. From the responsive clicks to the lightweight feel, it lives up to its namesake and feels like the right mouse for aspiring esports athletes, professionals, or those that get super competitive when they hop online.
Latest Comments
No comments currently exist. Be the first to comment!
Commenting has been locked for this item.
Follow Us
Latest Reviews
More...
News Feed
Advertisement
Latest Threads
Log In
Create Account | Lost your password?