Shadowy improvements that are often so subtle you have to go searching for them.
Call of Duty: Modern Warfare RTX Breakdown
ASUS ROG Strix SCAR III G531G (RTX 2070) Review
Review By KostaAndreadis @ 01:27pm 09/07/19 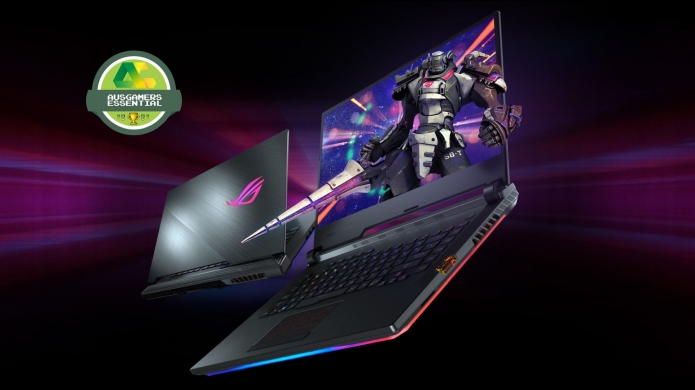 We’ve been impressed by the ASUS ROG Strix series of gaming laptops for a while now, and the new ASUS ROG Strix SCAR III is strong contender for why it’s been a favourite for some time. The blend of sleek angular design, tough frame, vibrant and impressive display, and a solid blend of hardware that sits underneath the hood mean you get something that can push in-game performance whilst still being completely portable.

Earlier this year we had the chance to go hands-on with an RTX-powered ASUS ROG Strix SCAR II, where outside of the new GPU there wasn’t all that much different. Well, turns out that the next version was only months out with the new ASUS ROG Strix SCAR III offering revisions across the board. To match the inclusion of NVIDIA’s latest mobile graphics technology with the NVIDIA GeForce RTX series returning in the SCAR III.

It also feels lighter and smaller than before – especially with the 15.6” model reviewed here. And outside of the RGB strip which now runs across the bottom of the entire laptop, there is one major shake-up that’s immediately noticeable the moment you lift the lid. 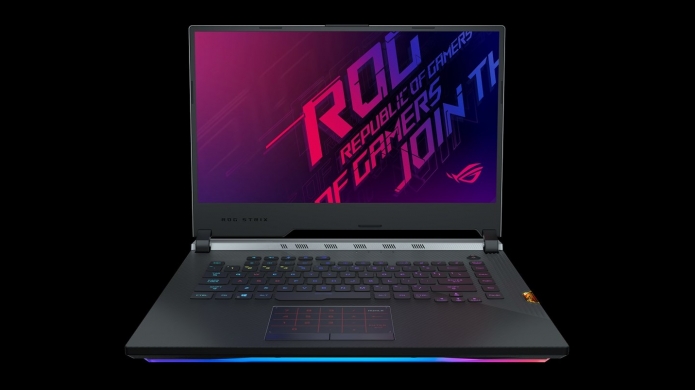 That being a tenkey less keyboard in favour of a touchpad that can double as a numbered keypad via toggle – as recently seen in the high-end ASUS ROG Zephyrus S GX701. It’s a change that we like, feels somewhat futuristic and in-line with the overall Republic of Gamers aesthetic. And it’s one that pairs well with the near bezel-free display, leading to an overall build that verges on ultrathin. The display is once again separated from the main body giving the Strix SCAR III a little bit of desktop love in the looks department.

The lightweight feel means that the new Strix SCAR III can easily fit into most carry bags, in a portable setup that is let-down by the rather bulky power supply. The 2.49cm height is only marginally thinner than the SCAR II’s 2.61cm height, which probably comes down to ASUS still including full RJ-45 Ethernet sockets across the entire range. A decision that like with the SCAR II we would have liked to see go in favour of a USB-to-Ethernet dongle – that is, if the move could result in a noticeable thinner build. That said the new SCAR III is the most visually impressive Strix laptop we’ve seen so far from ASUS, one that includes several great touches. From changes to the patterns, logo placement, grill-like strip running across the back that sits under the separated display to the RGB light-bar that now feels more like a statement than a minor flourish.


Naturally the third revision of the new Strix range features hardware to match our current place and time – Planet Earth, the year 2019. From the 9th generation Intel CPU (the model we tested including an Intel Core i7-9750H) to the impressive graphics of the NVIDIA GeForce RTX 2070 there’s even an update to the display. With the RTX 2070 model paired with a vibrant full-HD 240 Hz display that is on par in terms of image quality with what we’ve seen from ASUS in recent years.

"The new SCAR III is the most visually impressive Strix laptop we’ve seen so far from ASUS, one that includes several great touches."


Here the bump in refresh rate impresses, but it’s the image that leaves a lasting impression. Something that often gets overlooked, but when we’re talking about a gaming laptop and being immersed in digital worlds, having a bright image with excellent contrast and colour output should play a major role when deciding on whether to purchase a device. And when you get just that, alongside the fast refresh rate of 240Hz – well, that’s what can set you apart from the pack.

In addition to the processor and graphics update, the new Strix SCAR III features all the inputs and outputs you’d expect alongside a sizable 1TB M2 drive and the now standard 16GB DDR4 2666MHz memory. Interestingly this new model includes something called a Keystone as opposed to a Kensington Lock. Here a USB-like dongle slots into the laptop and offers access to personal profiles and an encrypted shadow drive. It’s an ASUS specific bit of tech that ties into their software, and it works. But it’s not something we bothered with too much.

Because, after all, we’re all about that gaming performance. And not trying to double as Ethan Hunt attempting to find hidden data in a secret folder storing the plans and blueprints for a new Death Star. At 1080p the RTX 2070 is a great fit for the 240Hz display (where, to be honest, 144Hz is probably enough). Although the games we tested didn’t get near that range, the 240Hz is achievable in competitive titles with advanced visual effects dialled down a bit. Not that we’ve done that for our results, as we’re all about living that Maximum Detail life – pushing hardware to its limits.

Compared to the RTX 2060 model we tested in the previous version the gains sit mostly at around 15%, with more modern titles like Shadow of the Tomb Raider showing an improvement in the range of about 25%. The RTX 2070 is also more capable when it comes to raytracing, so the cost benefit can be found here when turning on these effects in titles like Tomb Raider, Metro Exodus, and Battlefield V

The performance improvements for the RTX 2070 in the ASUS ROG Strix SCAR III can also be seen with the 3D Mark benchmarks, where a similar 15% bump is found versus the laptop RTX 2060. Pricewise the RTX 2070 series laptops are in the sort of price range we found quite a few GTX 1070 gaming laptops last generation – which makes both the RTX 2060 and RTX 2070 versions worthwhile. 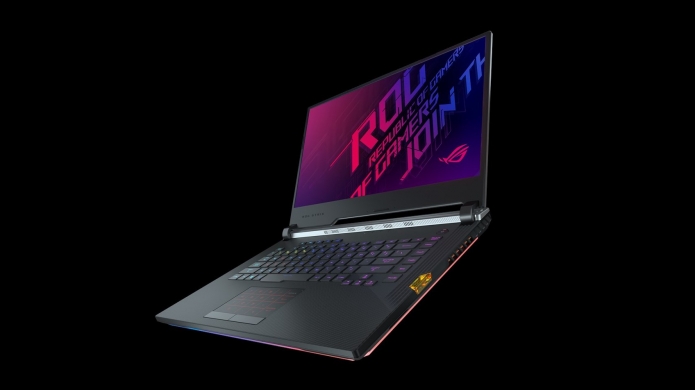 A big part of choosing what gaming laptop to take a closer look at is that first impression, and the overall visual design and aesthetic. For us we love the mix of futuristic cyberpunk-like flourishes mixed with RGB lighting of the ROG Strix. In fact, the only thing we’d change is the somewhat loud ASUS “Republic of Gamers noise” that plays when you turn it on – as it sounds like two giant robots clanging their giant swords together in a duel. That said, the closer look with the ASUS ROG Strix SCAR III reveals a solid and exceptional laptop. From a great keyboard feel to a vibrant display to decent hardware that lets you max-out all the most visually demanding titles playable today. Minor issues aside there’s very little not to love here, making this a great gaming laptop.
Latest Comments
No comments currently exist. Be the first to comment!
Commenting has been locked for this item.
Follow Us
Latest Reviews
More...
News Feed
Advertisement
Latest Threads
Log In
Create Account | Lost your password?