With the recent release of Fallout 76: Wastelanders, we sat down with Bethesda Game Studios to discuss its development, the original launch, and the road ahead.
Fallout 76 - The Big Interview
Nacon Revolution Unlimited Pro Controller Review
Review By KostaAndreadis @ 04:13pm 29/05/19 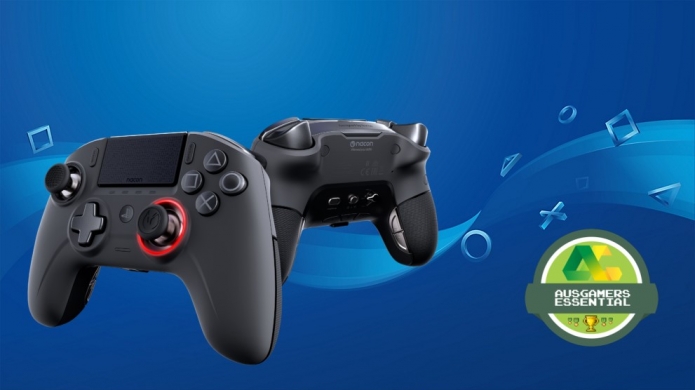 The concept of a controller designed for esports makes complete sense, especially when you factor in that the high-profile Call of Duty World League is played exclusively on PlayStation 4 hardware. When looking at PC esports, there are probably as many different types of keyboards and mice out there as there are Marvel movies still on my list of things to watch. I still have no idea what an Infinity Stone is. Ahem.

In terms of premium peripherals and PlayStation 4 controllers, outside of the official Dual Shock offerings, the options are limited. Which is why Nacon’s Revolution line has quickly made a name for itself as some of the best and most reliable premium controllers in this space. The Nacon Revolution Unlimited Pro Controller not only features a sturdy build made-up of components that will last countless hours of regular use, but the addition of customisable buttons, interchangeable thumb sticks, and various weight options make it the premium PlayStation 4 controller of choice. With very few drawbacks. 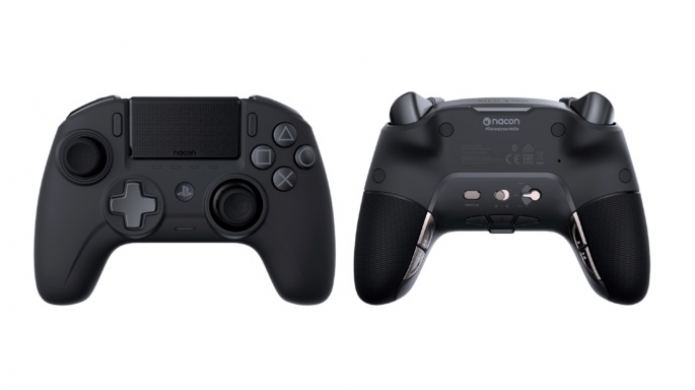 One possible point of contention comes almost immediately after looking at a picture of the Nacon Revolution Unlimited Pro let alone something you pick up on after holding it in your hands for the first time. And that is with the placement of the left analogue stick, which ditches the traditional PlayStation configuration for one found across Xbox One and even Nintendo Switch pads. Where the stick goes above the d-pad. As an esports controller this decision was most likely based on following a standard, where most competitive games played on console often utilise the layout made popular by the Xbox 360 and other PC compatible pads.

"The addition of customisable buttons, interchangeable thumb sticks, and various weight options make it the premium PlayStation 4 controller of choice."


That said it’s a configuration that we’d argue feels more natural and comfortable than the standard Dual Shock design – so there’s that too. When unboxed and taken out of the impressive carrycase supplied, the Nacon Revolution Unlimited Pro Controller has an immediate and surprisingly lightweight feel. Even though size-wise it’s slightly bigger than an Xbox One pad and chunkier than the standard Dual Shock 4.

Where this becomes both intuitive and versatile is with the ability to adjust the weight via supplied tiny metal cylinders. With pairs of 10, 14, and 16-gram weights doing so is a simple case of sliding the rubberised grips found underneath each hand to reveal a battery-like weight-cylinder slot. Compared to the PlayStation 4 DualShock 4’s 210 or so grams it isn’t quite that featherweight when left empty, but the Revolution Unlimited can easily go from light to noticeably heavy in a matter of seconds. Being able to support a wide range of weight preferences out of the box is a definite plus. As are the rubberised grips and the overall soft rubber feel of the entire build. 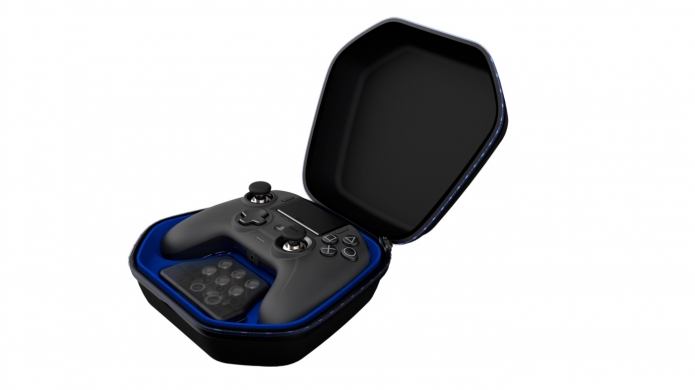 Compatible across PC and PlayStation 4 in wired or wireless modes (a handy USB-dongle is supplied) where the Revolution Unlimited becomes interesting – and borderline overkill – is with its Advanced Mode features. Here you can switch between various profiles, of which a few come pre-loaded. Fire up the available software and you can do everything from adjust the response curve of each analogue stick to adjust the dead-zones present in each trigger. Even weirdos like our very own Stephen Farrelly, who immediately fires up a game’s option screen to tick the box next to inversed-look controls will be able to set this up at the profile level. Of course, Advanced Mode is entirely optional - the Revolution Unlimited feels great to use out-of-the-box.


In addition to its comfortable feel, each of the standard buttons has a premium and clicky touch with the analogue sticks offering up a sturdy and reliable response. Which is what you want when interchangeable parts are included. Unfortunately, the four customisable shortcut buttons found underneath the Revolution Unlimited are built from the sort of “this looks way too plasticky” material that betrays some of the overall premium-ness of the complete package. Not in a performance manner, as the customisable buttons are fine to use – it’s just that the silver finish looks, well, cheap. 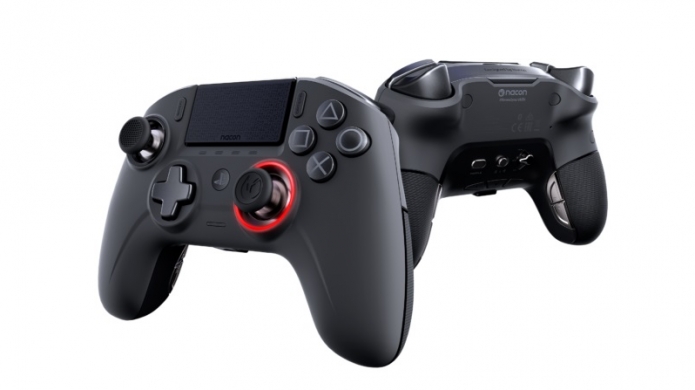 Being able to adjust the response curve of an analogue stick might sound like something that practically no-one outside of the most competitive of competitors out there would use, but in getting to see the difference first-hand (with the on-board profiles) it quickly became one of the Revolution Unlimited’s standout features. In first-person shooters the curve allows for precision aiming in a way that the standard Dual Shock 4 simply can’t replicate. Even when messing about with in-game X and Y sensitivity settings. The same is true for other genres, where different curves offer more natural movement – where everything from Call of Duty: Blackout to Battlefield V to Apex Legends and even stuff like Gran Turismo Sport felt more natural to play with the Revolution Unlimited.

In the end the Nacon Revolution Unlimited Pro Controller lives up to its namesake, and offers the most detailed, comfortable, durable, and versatile PlayStation 4 controller on the market. It’s a package that outside of the high price-point is hard to fault. But even on that front Nacon offers a more affordable version that cuts-back on a few features with the Revolution Pro 2. The Revolution Unlimited almost immediately replaced the Dual Shock 4 as our PS4 controller of choice, and we’ve even begun using it when PC gaming. Once setup, it’s brilliant.
Follow Us
Latest Reviews
More...
News Feed
Advertisement
Latest Threads
Log In
Create Account | Lost your password?