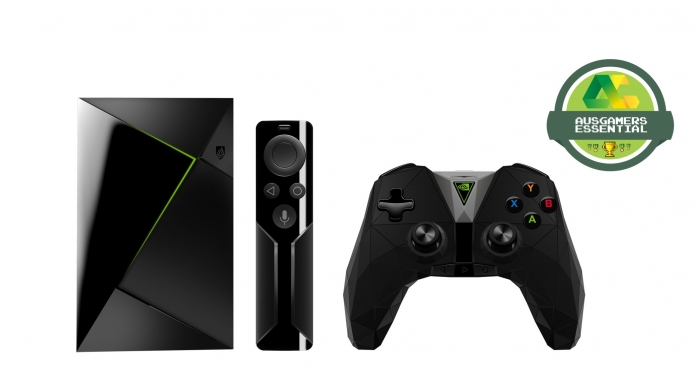 In the age of the Smart TV, where just about every screen comes pre-loaded with apps for all the popular streaming services and multiple USB ports for external storage, the idea of a dedicated streaming device may not sound all that essential. But, digging a little deeper and one can easily see the appeal of NVIDIA SHIELD TV. Where in addition to being able to stream all the latest PC games direct to your TV with minimal fuss and input lag thanks to NVIDIA GameStream, you also get a device that is all about performance - no matter the application. There’s just something about being able to search for a movie and then instantly fire up Netflix, Google Play, or Plex and start watching. In other words, the real star of the show when it comes to NVIDIA SHIELD TV is the clean, fast, and reliable UI experience.

The heart of the SHIELD TV, the Tegra X1 processor may be a tad overkill if all you’re doing is watching media, but when the result is lag-free and completely responsive UI navigation – it’s hard to argue for the use of cheaper components seen in, well, cheaper alternatives. The premium price-point of the SHIELD TV is reflected in the hardware components, build quality, and software that make up the package. Thanks to NVIDIA’s overall hardware expertise when it comes to all things video the results for streaming, depending on your own internet connection, is instant 4K when firing up Netflix (with added HDR), Stan, or YouTube.


As an Android device a direct comparison to operating systems found on Smart TV’s from a wide range of manufacturers is valid, and on that front the NVIDIA SHIELD TV performs faster and more reliably - regardless of the application. The power of the Tegra X1 also results in Android-specific games available via the Google Play store, with certain titles curated and optimised by NVIDIA, to perform at a level usually relegated to the higher-end of the smartphone market. In addition to this, and perhaps the more impressive example of SHIELD TV gaming, NVIDIA GameStream can stream titles from Steam, Battle.net, Uplay, and other services direct from your PC to your TV – with full 4K HDR support. And at a stable 60 frames per-second.

As a pure media player, the SHIELD TV supports all video and audio codes and formats up to and including H265, MKV, MP4 and everything else in-between. It’s a democratic approach that is commendable, with NVIDIA seemingly aware that when it comes to the hardware enthusiast - of whom the SHIELD TV seems to be marketed to - leaving no file or format behind is the right way to do it. In terms of consoles that theoretically double as media players and streaming devices, the SHIELD TV performs better than either the PlayStation 4 or Xbox One, with support for a much wider range of codes and formats. But again, it all comes down to the clean, fast, and reliable UI experience. And the intuitive remote.

After the initial setup, which does take a few minutes thanks to the linking of Google accounts and sizable new firmware updates for both the SHIELD TV, remote, and game controller – once you’re “in” it’s smooth sailing. Without any clutter the interface is a simple collection of favourites and various channels you can add ranging from Netflix recommendations, games to play, or the most recent stuff added to your Plex server. This directly ties into the Google powered advanced search functionality where searching for an actor not only gets you a list of movies to check out but then direct links to either Netflix, Plex, or other services to start watching. Testing this out with the Plex server, the search was able to instantly recognise a movie we added mere seconds earlier with a handy ‘watch via Plex’ link.

And talking about Plex, the server/client service that lets you create your own media library and stream to any device on your network, the SHIELD TV includes the option to run a Plex Server utilising connected external or network storage. A feature that, thanks to the Tegra X1 processor, makes the SHIELD TV your best option for setting up powerful, low-power and low-cost media server. With support for other popular services like Kodi – the SHIELD TV offers as much support for local media as it does streaming services like Stan and Netflix. And on that front the Stan application on the SHIELD TV is remarkably smooth - fast to navigate, and lag-free. Which, if you’ve ever used Stan on a Smart TV will no doubt come as a pleasant surprise. 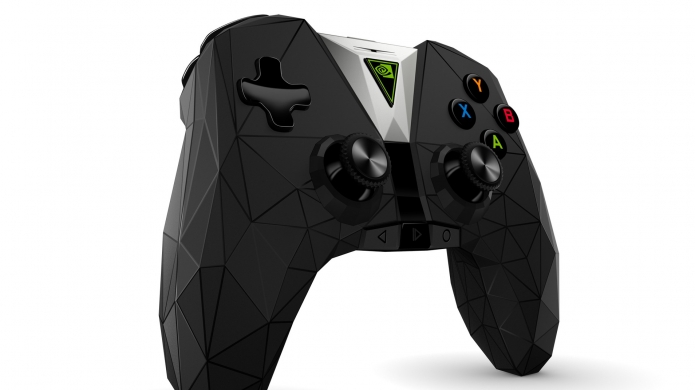 When it comes to streaming games from your PC to the SHIELD TV, the NVIDIA name all but confirms that you’ll need a compatible GeForce GPU. But, with that comes the ability to tick a box in the GeForce Experience application on your PC and you’re good to go. From there the technology includes optimisation for most current titles, so something like Assassin’s Creed Origins will stream at 4K with HDR enabled and other titles like Overwatch hitting that resolution too. Of course, if your GPU can’t hit that target, lower resolutions and 1080p gaming is handled in a similar fashion.

The quality of NVIDIA GameStream, and overall functionality, comes down to the connection between your PC and the SHIELD TV. A direct ethernet connection is basically the only way to go as streaming over wireless is, as expected, hit and miss. With a direct connection the input lag is nominal and the experience akin to playing a game on an Xbox One or PS4 connected directly to your TV. Apart from the fact that NVIDIA’s game controller falls short of both Sony and Microsoft in terms of comfort, layout, and design – the SHIELD TV is as good for streaming games as it is movies. In addition to the direct Android gaming is NVIDIA GeForce Now – the company’s streaming over the internet service that is currently unavailable in Australia.

We were able to get it working though – but without local servers of high-end PCs to connect to it was, well, unplayable. Still, something that we’ve been told is on the cards for the future.

On that note, even though it took a while for NVIDIA SHIELD TV to makes its way to Australia the wait has no doubt been worth it. The updates to the interface and software mean that the SHIELD TV experience is better than ever with very few problems and issues. In our extensive testing and use over the past week our only issues were the absence of a few key local streaming apps like ABC iView (that you can cast to the SHIELD TV via mobile) and the weird photo and videos application that foregoes folder structure to give you massive thumbnails of everything on an external drive. But when these complaints being software or app-based, the performance of the hardware itself and UI being of the highest quality (outside of the non-essential game controller) – the SHIELD TV lives up to its tagline as “the world’s most advanced streamer”.
Follow Us
Latest Reviews
More...
News Feed
Advertisement
Latest Threads
Log In
Create Account | Lost your password?