Speaking to the team at Blizzard about all things Diablo IV, we got confirmation that the team is planning some pretty epic stuff for its post-launch Seasons.
Diablo 4’s Seasons will Change Sanctuary in Dramatic Ways
Dead Space Remake Set to Tap Further into Isaac's Sanity as New Features are Revealed in First Gameplay Trailer
Post by Steve Farrelly @ 02:00am 05/10/22 | 0 Comments

Up until this point everything we've seen of Motive's reimagining of the seminal survival horror classic, Dead Space, has been in behind the scenes form with the devs. Today, however, the studio and EA have released the first gameplay trailer for the highly anticipated remake of the game, alongside all-new details on just what's changed since its original release back in 2008.

As you can see from the above, this isn't a simple re-release with a shiny new coat of necromorphic paint, with Motive leveraging the power of Frostbite what we get is a game that is reimagined with a bigger budget, better technology and a clearly defined target audience and market in mind.

Here's some official information on what you just watched above and can expect on January 27, 2023 when the game launches:

Still remaining true to the original game’s thrilling vision, Dead Space has been completely rebuilt from the ground up in the Frostbite game engine for latest consoles and PC and offers enhanced audio and crisp, harrowing visuals that have been carefully reimagined to evoke a new level of immersion and quality. Players will also find there is more to learn aboard the USG Ishimura this time around as they relive the story with newly added narrative elements. The ship will have players questioning their own sanity as they delve deeper and begin to uncover its secrets, fighting for their survival with monstrous terrors lurking at every turn.

Dead Space puts players in the boots of Isaac Clarke, an everyman engineer on a routine mission to fix a vast mining starship, the USG Ishimura. But aboard the Ishimura, a living nightmare awaits. The ship’s crew has been slaughtered and infected, and Isaac’s girlfriend, Nicole, is missing somewhere on board. Alone and trapped, with only his engineering tools and skills, Isaac faces a battle for survival - not only against terrifying monsters called Necromorphs, but his own crumbling sanity.

For me, personally, the idea of tapping more deeply into how the events of the game will affect Isaac’s sanity as well as a fully realised USG Ishimura are truly tantalising, but I’d be lying if I said I wasn’t worried.

We’re no stranger to the series or its original creators here on AusGamers, so we’re heavily invested in this not just being done right, but also in a respectful way that doesn’t give up the past. Right now though, we’re quietly all-in. Now, pass the Peng and check out a handful of new screens below… 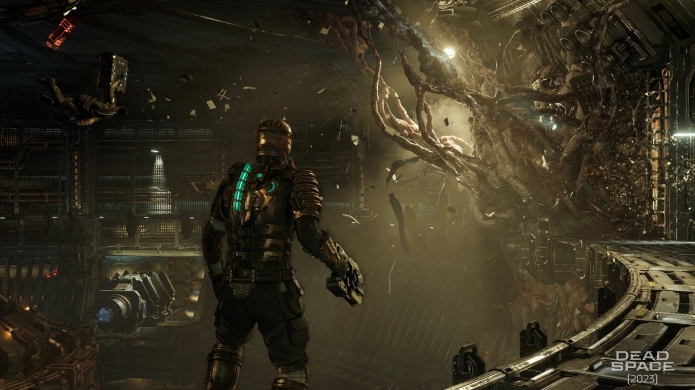