A celebration of the long-running franchise and a great way to kick off Switch gaming in 2023.
Fire Emblem Engage Review - Strategy Gold
Trackmania Reboot is Finally Coming to Console Early 2023
Post by KostaAndreadis @ 12:27pm 12/09/22 | 0 Comments 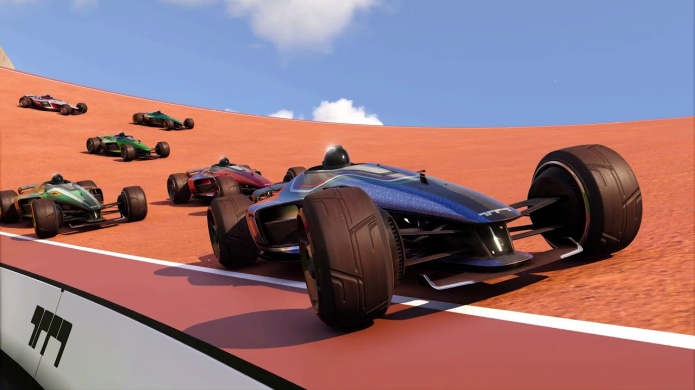 The free-to-play reboot of Ubisoft Nadeo's long-running series, which is also a remake and spiritual successor to the popular Trackmania Nations is coming to consoles. Simply called Trackmania it focuses on the series' core pillars - creation, competition, and the sheer thrill of racing at speed.

It's been available on PC for a couple of years now but is set to arrive on Xbox One, Xbox Series X|S, PlayStation 4, and PlayStation 5 sometime in early 2023. It's also Cloud-bound, and is coming to Stadia and Amazon Luna. The game will retain its free-to-play status with the addition of cross-play and cross-progression and content parity across all platforms.

Get ready to have more places to play Trackmania when comes to Consoles and Cloud in Early 2023, including cross-play, cross-progression, and much more.
Experience the thrills of racing and the joy of creating your own tracks with Trackmania.

Trackmania combines easy-to-learn, hard-to-master gameplay with a wide diversity of tracks, in addition to regular seasons & live events. Play in an online multiplayer environment or solo against players' ghosts. Progress through rankings and collectible medals. Face new challenges with a new season every 3 months and a wide variety of community tracks displayed in the "Track of the Day" selection.


Console racing fans will be able to jump into the seasonal updates and benefit from the no less than 280,000 tracks created by players since it launched on PC. Trackmania is all about time-trial racing and shaving off those milliseconds driving at high-speeds - so it'll feel right at home on the couch.