Zen 4 ushers in a new era for AMD CPU performance when it comes to straight-up gaming.
AMD Ryzen 7600X Review - Gaming Excellence
Xbox Teams up with Indigenous Artists from Australia and New Zealand to Celebrate "Day of the World's Indigenous Peoples"
Post by Steve Farrelly @ 09:45am 10/08/22 | 0 Comments The collaboration, which sees First Nations Woman, Rubii Red, and New Zealand pair, Haimona Maruera and Dillon King, stylising the "Xbox Sphere" in representative styles of art from their respective indigenous cultures, is part of a global initiative that draws on the works and cultures of indigenous communities from around the world.

"For those who don’t work in the tech industry, there is often a misconception that you have to know how to code to get into gaming," wrote Jenn Panattoni, head of Xbox Social Impact and Co-Lead for Xbox's Indigenous Community Group. "But games are about so much more than just code; videogames are an artistic medium told through visual art, music, and narrative storytelling.

"Indigenous peoples have traditionally ingrained wisdom and knowledge through oral narrative, through passing stories and songs down from one generation to the next," she continues. "Now, these stories can continue to be memorialized through video games by those of us who work in the industry or those who will tell our stories."

In speaking about her contribution, Australia's Rubii Red says: "The work is my interpretation of connection, community, and journey. A lot of my work reflects those themes, because as a First Nations woman, they are important to me and have helped shape me into the person I am today. I'm on a journey, learning about who I am by connecting to the community and learning more about my culture from my Elders".

"As proud descendants of Ngāti Ruanui, Te Āti Haunui-ā-Pāpārangi, Tūwharetoa, Ngāti Kahungunu ki Heretaunga and Ngāti Kahungunu ki Te Wairoa, this design derives from the Māori atua (god) named Māui," explains Haimona. "Māui was the infamous atua known by several names such as Māui- Pōtiki (the last born), Māui-Tinihanga (the mischief), Māui-Tikitiki-a-Taranga (the topknot o Taranga), and Māui-te-whare-kino (the house of trouble). This infamous atua brought the inquisitive and the intellectual attributes to our world. This Xbox logo represents the key art functions of Te Ao Māori, which we practice as guardians of our culture and identity.

"This sphere design depicts multiple art forms that the indigenous people of Aotearoa uphold and practice as carriers and guardians of our culture and identity.”

You can check out more designs and learn more about the initiative here. 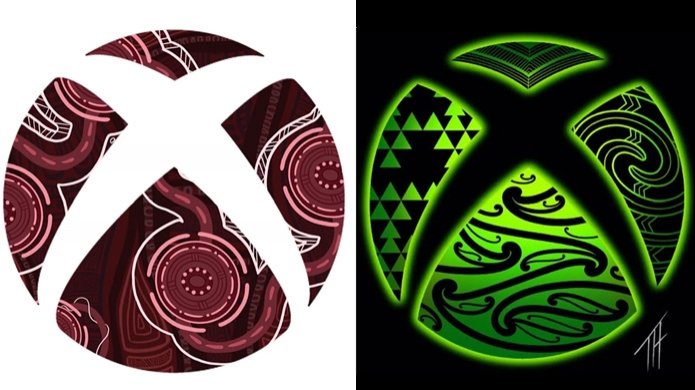