And we’ve got another card to debut! Magic: The Gathering’s latest set, due for release on November 19, follows up on the recent addition of Werewolves with a bloody dose of Vampires. You know the type, they wear clothing with frills, like to slick their hair back, and can’t help but tongue their fangs every few seconds. Vampires have been a part of Magic for sometime now, so it makes sense to close out Magic’s Halloween-themed saga with an undead party.

Called Innistrad: Crimson Vow the new set sees action once again take place on the Innistrad plane, but this time at a fancy party at Voldaren Estate. And for the Vampire purists out there, yes, there’s a Dracula card. A few in-fact. The set features 267 cards all up, and will make its debut as a part of MTG Arena in addition to tabletop.

The eternal night of Midnight Hunt has been averted, yet darkness still threatens to befall the plane of Innistrad. Crimson Vow follows the journey of Sorin, an iconic Vampire Planeswalker, who attempts to thwart the fiendish Vampire noblewoman, Olivia Voldaren, and her plans to wed herself to the Markov bloodline and assuming control over the plane.


Mechanics-wise Blood tokens are set to be the signature move of Vampires, which can be sacrificed in addition to discarding a card to draw another card. Going up against creatures of the night, Humans will have their own ability called Training -- providing a “+1/+1 counter whenever a creature attacks with another creature of greater power”. Which is kind of like what the two Coreys did in The Lost Boys. In terms of spells, because you know it’s called ‘Magic’ the Gathering, there’s Cleave. Which “can be used to alter their function by omitting words in their description”. Very cool.

And yeah, as per the intro above the generous and “do they or don’t they have a reflection when standing in front of a mirror” folks over at Wizards of the Coast have once again given us the scoop on a new bit of blood-soaked cardboard... called Thirst for Discovery.

It’s fairly straight-forward, but one that will let you keep all three draws as long as you discard a basic land card. Which means like all things Magic, there's a chance to it to cause a major shift. Here’s the card in full -- accompanied by some fantastic art by Dominik Mayer. 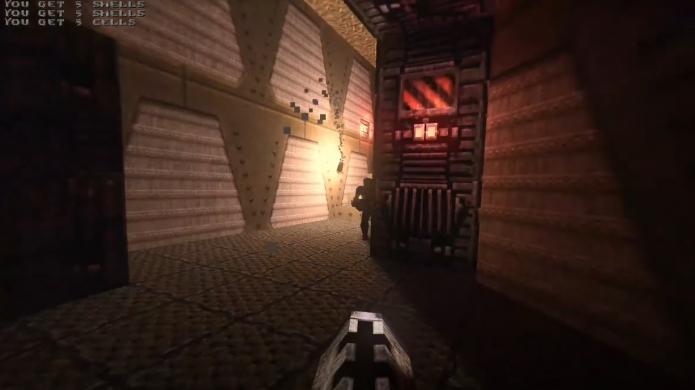